The Story Behind the Story: The Dastardly Miss Lizzie by Viola Carr + giveaway

The Story Behind the Story
The Electric Empire is my first mystery series. I mean, sure, it's an edgy, dark, gender-flipped steampunk reworking of Strange Case Of Dr Jekyll and Mr Hyde, in which Dr Eliza Jekyll – daughter of the infamous Henry – is a Victorian-era crime scene investigator, addicted to her father's magical potion, fighting to stay safe in a world where magic is a capital crime, and resisting the interferences of her sultry dark half, Lizzie Hyde. With a clockwork dog.

So there's a whole lot going on, besides murders. Lizzie gets her own point of view, and her own adventures in crime and love. There's magic and weird science and alchemy as well as a little romance. But the three books - The Diabolical Miss Hyde, The Devious Dr. Jekyll, and the new book, The Dastardly Miss Lizzie – are murder mysteries at heart.

Which means I need to invent killers! Nasty ones, preferably, difficult to understand and even more difficult to catch. Gruesome murders, ahoy! For an historical crime novel – even a fantasy one – it's tempting to go down one of two routes.

The first is… 'do Jack the Ripper!' Everyone knows and loves Jack, right? He's the iconic Victorian murderer, mysterious and bloodthirsty. The picture of evil. And the fact that he never got caught means the possibilities for fiction are endless.

But I didn't want to 'do Jack', as fascinating as he is. I've already extrapolated some characters from classic literature, and given them my own spin. I wanted to invent my own murderer, who kills for their own reasons. And let's face it: prostitutes as victims is kind of lazy and sexist. I wanted to freshen it up a little!

The second temptation is to bring in the modern approach. Meticulous psychopaths who taunt their pursuers with elaborate games. Get into the killer's head and do some profiling.

Thing is: in Victorian times, they didn't have modern psychology. The idea of a psychopath, or personality disorders, hadn't yet been formulated. So the 'profiling' that we see in today's crime fiction wasn't possible. Even Sherlock Holmes, who worked at the very end of the 19th century, didn't do this. Someone who committed brutal murders was a lunatic, and that was that.

Also, many experts of the day still believed in the 'criminal classes' – the idea that poor people were somehow inevitably pre-disposed to commit crimes – and that there was such a thing as the 'born criminal', physically as well as mentally deformed, who could never be rehabilitated. The idea that crime has social causes wasn't widely understood.

So if someone was committing a string of murders in London – like saucy Jack the Ripper – it was because they were a 'lunatic' or a 'criminal type', and probably a foreigner, too! The fact that Jack seemed to be an educated man – with surgical skills, no less – was utterly baffling. How could a 'gentleman' be a gruesome murderer? No effort was made to 'profile' or to understand motive in the way we know it today.

In that way, I confess I've given my quasi-historical sleuth a bit of a modern edge. Eliza doesn't believe in the 'born criminal'. She questions everything. And she works in a mad-house, so she does attempt to get into the killer's head in the modern fashion. We expect that these days when we read crime fiction. And because my books are mysteries, not thrillers, you don't get the killer's point of view. So having Eliza speculate about their motives makes the murder investigation more fun to read about!

Eliza also uses crime scene techniques that strictly weren't available in that time period. She knows about trace evidence and fingerprints, for example. But hey, it's steampunk! She has wacky gadgets and alchemical potions that make her a kind of scientific whizz-kid… but they also get her into trouble. Because in her world, 'weird science' can get you arrested. So her special knowledge is useful, but dangerous.

Anyway, it's all so much fun to write that I can't wait to get into the next book! In the meantime, I hope you enjoy my dark, wacky, twisted version of a quasi-modern historical steampunk fantasy mystery horror novel. With a sprinkling of classic literary characters and real-world people. And clockwork dogs. 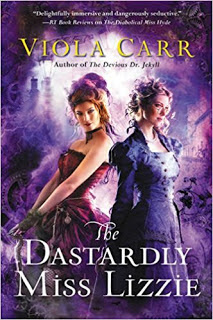 Being two people in one body isn’t easy. Metropolitan Police crime scene physician Eliza Jekyll is trying to maintain a semblance of control, even as her rebellious second self, Lizzie, grows increasingly wild—threatening the respectable Eliza’s reputation and her marriage to Remy Lafayette, the Royal Society investigator and occasional lycanthrope. With England on the brink of war, Remy’s away in sorcery-riddled Paris on a secretive mission that grows ever more sinister. Has he been an enemy agent all along? Or is coping with her secret divided self finally driving Eliza mad?

Eliza needs her mind clear and sharp if she’s to catch an evil genius who is killing eminent scientists. The chase uncovers a murky world of forbidden books, secret laboratories, and a cabal of fanatical inventors whose work could change the world—or destroy it—and who may hold answers to Eliza’s mysterious past.

As sorcery-wielding terrorists attack London, Eliza discovers her own enemies are closing in, driving her to desperate measures—enlisting the aid of the wily, resourceful, mercurial Lizzie—to thwart the killer. But Lizzie’s got her own life now, and true to her nature, will resort to the devious and diabolical to keep it. Even if it means throwing Eliza to the wolves, and letting the world burn. . . . 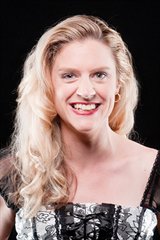 About the Author:
website-FB-twitter-tumblr
Viola Carr was born in Australia, but wandered into darkest London one foggy October evening and never found her way out. She now devours countless history books and dictates fantastical novels by gaslight, accompanied by classical music and the snoring of her slumbering cat. She likes steampunk, and thought it would be cool to investigate wacky crimes with crazy gadgets…just so long as her heroine was the creator of said wacky gadgets: a tinkerer, edgy, with a dash of mad scientist.

GIVEAWAY
Set of the Previous 2 Electric Empire books (US only)
· THE DIABOLICAL MISS HYDE
· THE DEVIOUS Dr. JEKYLL
a Rafflecopter giveaway
Sharon Stogner at 12:30 AM
Share