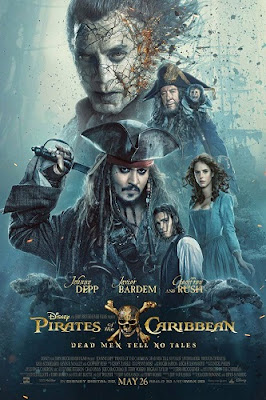 
Thrust into an all-new adventure, a down-on-his-luck Capt. Jack Sparrow feels the winds of ill-fortune blowing even more strongly when deadly ghost sailors led by his old nemesis, the evil Capt. Salazar, escape from the Devil's Triangle. Jack's only hope of survival lies in seeking out the legendary Trident of Poseidon, but to find it, he must forge an uneasy alliance with a brilliant and beautiful astronomer and a headstrong young man in the British navy.
Well, that was unfortunate... Went to see Pirates with my husband and 16 year-old daughter. We were all disappointed. Visually, the movie rocked. Lots of great special effects and battles scenes. But there was nothing holding it all together. The plot sucked and didn't really make a lot of sense.

Not much else to say. I think this franchise went one movie too long.