Book Review: Walking on the Sea of Clouds by Gray Gray Rinehart 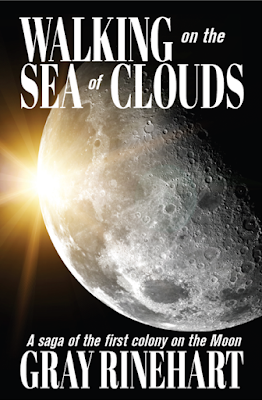 Walking on the Sea of Clouds
by Gray Gray Rinehart
July 26, 2017
WordFire Press

ON THE LUNAR FRONTIER . . .
. . . survival and success require sacrifice.
. . . some sacrifices are greater than others.
. . . sometimes surviving is success enough.
Every frontier, every new world, tempts and tests the settlers who try to eke out an existence there. In Walking on the Sea of Clouds, a few pioneering colonists struggle to overcome the unforgiving lunar environment as they work to establish the first independent, commercial colony on the "shore" of Mare Nubium, the "Sea of Clouds." What will they sacrifice to succeed -- and survive?

David Farland, author of the NYT-bestselling Runelords novels, said, "This book will be treasured by anyone who has ever dreamt of visiting the Moon, walking on another world, or bathing beneath the light of a distant star."

This book evoked ambivalent feelings. It took me a while to finish because of the massive amount of technical data given, but I still wanted to find out the disposition of the main characters.

I know the genre is science fiction, but perhaps it's more prognostication than fiction. I saw this read as an intro to a space colonization class with a human interest sidebar.

The writing was excellent although technically wordy. If you have any dream of being a Christopher Columbus, a Ponce de Leon, a Neil Armstrong or a pioneer to unchartered lands, this book would be a must read. Whether it is technically correct, I couldn't say, but the author's credentials lead me to believe it's based on a lot of facts!

The book follows 2 main couples with a dream of being involved in the colonization of the moon. Not necessarily a "happily ever after tale" so be prepared to weather some disappointing outcomes. I felt a little let down at the conclusion, but the body of the read left me amazed at the tenacity those must show to achieve a dream only a few of us would even contemplate. You might even need to show a little of that same tenacity to get through this story without wanting to "speed read" thru some of the parts. I am sure some will find this spellbinding. I am just too old to want to go back to school for mechanical engineering. Pick this up if you want to expand your horizons. 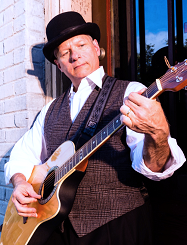 About the Author:
website-FB-twitter
newsletter-amazon
Gray Rinehart retired from the U.S. Air Force after a rather odd career. “Eclectic,” he likes to call it. During his first and second assignments, he researched and wrote the first edition of Quality Education. He is the only person to command an Air Force tracking station, write speeches for Presidential appointees, and have his music played on The Dr. Demento Show.

After retiring from active duty, Gray became a Contributing Editor for Baen Books, and also spent several years on the staff of the Industrial Extension Service at North Carolina State University. His fiction has appeared in Analog Science Fiction & Fact, Asimov's Science Fiction, Orson Scott Card's Intergalactic Medicine Show, several anthologies, and elsewhere. His first novel is slated to be published by WordFire Press. He is also a singer/songwriter with two albums of mostly science-fiction-and-fantasy-inspired songs—two of which have been featured on The Dr. Demento Show.
Sharon Stogner at 6:00 AM
Share