Book Review: The Demon Within (The Last War Book One) by Josh Gagnier 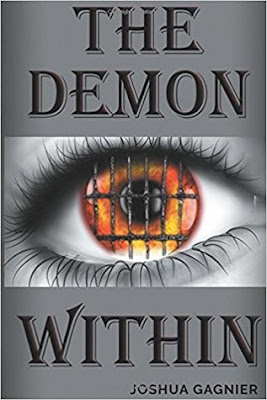 Joe grew up listening to the voice in his head. It helped him through school, helped him gain wealth in his career.

The final temptation of power was too much. He hadn't considered the cost.

Now he must find a way to defeat The Demon Within.

Little does he know, his every move is being recorded. Every misstep is being judged. As he gets ever closer to winning over his demon, heavenly eyes watch from above. Some root for his success while others hope he'll fail.

While Joe fights his demon on the battlefront, the angel Michael fights for his Soul.

Will Joe win out?

Will Michael be able to save Joe's soul?

Or will the Demon win and thrust Joe into the Abyss.

Every soul is judged by events throughout his or her life. Some souls have lived many lives, and each soul that is born has a demon within. Usually, one that has lived similar amount of lives to the soul but that’s not always the case.

Joe has heard a voice inside his head since he was a child. After a little guidance from a teacher, he finds that he can also converse with this voice within his head. The voice knows things and can help him to defend himself and to help others.

Michael is defending Joe’s soul in front of the council to decide the soul's fate; Paradise or the Abyss? This soul seems different but Michael has no idea why. It seems like Prophecy is trying to help Michael win his case but Michael is unsure whether that’s even possible.

This was a very different read than I’ve had in a while. Well written and constructed, if you are looking for something original this is the book for you. There were times that I was a little confused on what was happening but I think that was the point.

Excerpt:
“You must be new to these parts. Name’s Belath,” says a figure standing over a young man lying against a large trash compactor. A look toward the sound of the voice reveals what appears to be an older man who, by the looks of him, has had, to put it lightly, a less than spoiled life. His dark skin is loose with an almost leathery roughness, like a stretched hide left in the sun too long. Several of his teeth have long escaped the captivity of his smile and those left plot against the warden. The lines of time can be seen through his mostly grey with spattered black scruff. His posture is the only thing that doesn’t match his rundown appearance. He stands straight and proud holding his shoulders square, almost in a protest, refusing to look weak. He bears the righteous indignation of an innocent man facing the gallows.

“Just passing through,” replies a shaky voice trying to sound formidable. A young man, thin, but seemingly fed well enough, slowly stands and dusts himself off. His posture seems closer to a beaten animal than a grown man. His boots are scuffed and old, but the heel gives him a few inches in height, which is probably why he wears them. His knuckles are cracked and healing; more likely from the heat than any type of hard labor. The dark circles under his eyes and his unkempt appearance hint that he hasn’t slept an entire night in years. His jacket makes him appear even smaller, as it is a few sizes too big and has small rips that don’t appear to be from wear and tear. He probably fished it from a dumpster. His jeans seem to be the least worn of the man. Though dirty, they're nearly new. This poor sap doesn’t look like he could fight his way through a paper bag. The only things that don’t match his overall demeanor are his eyes. Visibly swimming between pale yellow and bright green, they draw you in and make you trust him.

“Well, ya may want to make yourself scarce before patrols make their rounds. They let me stay because I’m the only one within a few hundred miles with a distiller. I can’t guarantee they won’t haul you off to camp,” Belath warns. “What’s your name son?”

“Don’t want to know you. I’m not your son and I’m not staying. Just need a little rest,” replies the young man. He pulls his hood over his head and turns to walk down the alley toward the main street.

If he were watching where he was going instead of ignoring the world around him, he would seen the group of four large men, obviously armed, moving quickly toward him. He would have heard Belath’s warning, and wouldn’t have cost himself such precious time. Belath reached him just in time to be added as a target. The young man realized what was happening a moment too late. A fist hit him square in the side of the head, knocking him to one knee. Belath runs to his side and helps him to his feet. The men must have recognized Belath because three of them took a few steps back. Even the big one, the apparent the leader, took a hesitant step backward. They must have decided they had the advantage because they began to advance yet again.

“Gentlemen, do not ring a bell you can’t unring,” says a stern, direct voice. It came from the young man who, only moments earlier, seemed too weak to speak. “This is a fight you will not win, regardless of your numbers,” the young man continues.

In response, the leader grabs a bat from one of his men and swings at the young man’s head. Before anyone can realize what is happening, the young man lunges at the leader. In one motion, he sidesteps the life ending swing, pulls a long black knife from a sheath under his jacket, and plunges it deep into the leader’s temple with his right hand while grabbing the bat from the ground with his left. With his next step, he swings the bat at his second target, and finds such purchase the man’s head nearly spins backward. Next, the young man yanks the blade from the leader’s head and stabs the third man in the side of the neck, almost as a cobra striking its prey. The young man looks for the last of his adversaries, and sees him running down the alley toward the main streets. The young man takes a deep breath, lifts the bat, takes aim, and hurls it at his target. The bat’s aim is precise and the man falls to the ground, screaming in pain. As the young man calmly walks toward his now-felled enemy, he cleans the blood off of his knife on his pant leg, and puts it away with such dexterity it can’t be known exactly where the sheath is hidden.

“Today you benefit from being last, sir,” says the young man as he sits on the ground by the last man’s head. “Enough whimpering! You merely broke your ankle on my bat. I have no desire to take your life,” he says as he pulls out a cigarette and lights it. “You will do something for me. To that end, I spare you life.” His voice is calm yet direct, “You will tell whomever you work for it was Jekyll who reduced these men to corpses. You will tell him this and,” he takes a long, slow drag of his cigarette, and continues, “you will tell them this, and you will tell them, they do not wish to meet Hyde. Do we have a deal?” the last being more statement than question.

The man, believing he is being played, but not wanting to die, gives an exaggerated nod. The young man stands and begins walking back to where he had been resting and calls out over his shoulder.

“Belath, I guess I’ll be staying a while longer,” once again speaking in the same shaky voice he had spoken with earlier. 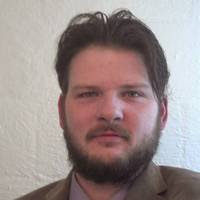 Tour giveaway
5 paperback copies The Demon Within
a Rafflecopter giveaway
Sharon Stogner at 12:30 AM
Share