1. I have moved 15 times between five very different countries. (Canada, Germany, Singapore, the US, Belgium) The most exotic was Singapore; it was also the hottest. We lived on a dead end street with the jungle all around us. The spiders were huge and fast and everywhere! Our cat used to chase these monsters. Did I mention that they were large… huge… gigantic, almost the size of her head.
I particularly enjoyed living in Belgium. Centrally located, we could take the train to Paris, London or Amsterdam and be at any one of those cities in three hours. We travelled a lot, taking mini-breaks (long weekends) in Prague, Berlin, Dublin, Scotland… etc. Castles and markets and museums. Oh, my!
2. As mention, I lived in Singapore for a time. While there I dealt with a scorpion in my kitchen—only discovered when the kitchen was being remodeled, a black spitting cobra in my storm ditch—dispatched by the gardener--and a python on my street, literally. The huge snakes came out at night to lie on the warm road and slithered back into the jungle just as the school buses came around.
3. I love dogs, especially Labrador Retrievers. We had a black male Lab when the kids were small and a yellow female when they were teenagers. We, now, have a chocolate male. We adopted him when we lived in Belgium; I tell everyone that we came home with Belgian chocolate. At four he is starting to calm down…a little. 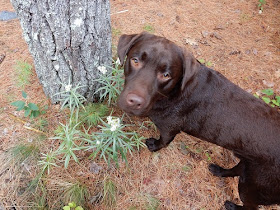 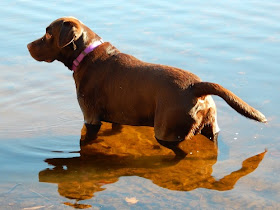 4. Zoos! I love zoos and I/we have become ‘a friend of the zoo’ wherever we have lived… if there was one, of course. We started our zoo infatuation in Singapore where they have a large collection of animals in generous enclosures. I wasn’t even put off when I encountered my great nemesis in the Ladies—yes, indeed, a large spider zipping across the floor. 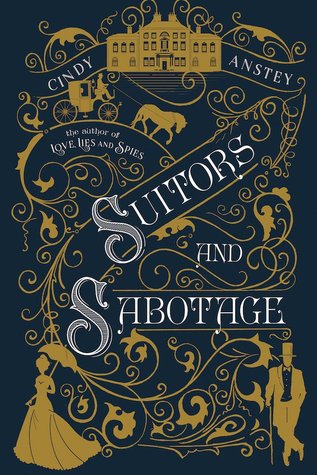 Suitors and Sabotage
by Cindy Anstey
April 17, 2018
Published by: Swoon Reads
Genres: Historical, Romance, Young Adult
Two young people must hide their true feelings for each other while figuring out who means them harm in this cheeky Regency romance from the author of Love, Lies and Spies and Duels & Deception.

Shy aspiring artist Imogene Chively has just had a successful Season in London, complete with a suitor of her father’s approval. Imogene is ambivalent about the young gentleman until he comes to visit her at the Chively estate with his younger brother in tow. When her interest is piqued, however, it is for the wrong brother.

Charming Ben Steeple has a secret: despite being an architectural apprentice, he has no drawing aptitude. When Imogene offers to teach him, Ben is soon smitten by the young lady he considers his brother’s intended.

But hiding their true feelings becomes the least of their problems when, after a series of “accidents,” it becomes apparent that someone means Ben harm. And as their affection for each other grows—despite their efforts to remain just friends—so does the danger. . .

In Suitors and Sabotage, author Cindy Anstey delivers another witty young adult historical fiction novel that is the perfect mix of sweetly romantic and action-packed.

About the Author:
Website-FB-Twitter
Goodreads
Whenever she is not sitting at the computer, throwing a ball in the backyard, gardening or reading, Cindy can be found–actually, not found–adventuring around the world with her hubby.

She has lived on three continents, had a monkey in her yard and a scorpion under her sink, dwelt among castles and canals, enjoyed the jazz of Beale St and attempted to speak French.