Book Review: Scales (Book One of the Fate and Fire Series) By Amity Green 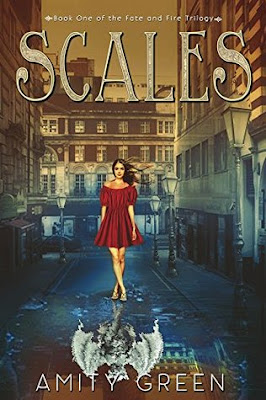 Scales (Book One of the Fate and Fire Series)

260 pages
Publisher: Petrichor Press
ASIN: B018WZY15Y ISBN:
How does Tessa, an orphan from Austin, Texas, cope with being transformed into a living, breathing gargoyle? By rolling with change, learning to control new abilities, and using super powers to help the less-fortunate and vanquish evil. A sickly childhood under the care of a rotten gaggle of nuns is all Tessa knows, until studying in London confirms the gut feeling that there is more to her beneath the skin, and ultimately, beneath the scales. A Celtic demigoddess has fused her existence with Tessa, and much to Fate’s delight, mayhem ensues as Tessa struggles to embrace her new existence as a gargoyle with strong goddess tendencies.

Tessa has lived her life in an orphanage in Austin, Texas, until she has a chance to study one life-changing summer in London, England. As she prepares to return home, Tessa visits a bookstore. A man changes her into a gargoyle and she finds her path changed forever. Not only set in London, this fantasy novel is set in Scotland, too. There is romance with a fellow bookseller who is also a gargoyle, a bad guy named Kia, and others, including her American human girlfriend from Austin, Bree. It’s an origin story for the heroine.

If you enjoy paranormal romances and urban fantasies, Scales is a fun read styled just for you! 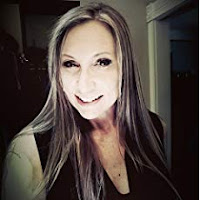 About the Author:
website-FB-twitter
Amity Green was born in a small town in Colorado in the spring of 1971. She graduated high school in Kingman, Arizona in 1989. She started taking college courses in the fall of 1992 while working as a raft guide on the Arkansas River. Amity won her first writing award as an essayist in the fall of 1998 and continued college part time while raising her children and working as a haul truck driver in the mining industry. In the summer of 2006, she went to Austin, Texas to continue her education. She has studied Creative Writing and British Literature, including a stint in London during the summer of 2010, where she toured and studied theater and the history of English Literature. Amity returned to Colorado in late 2010, where she began her first novel, "Scales" which she outlined in Stratford Upon Avon while touring bookstores and playhouses. Since then, many of her short stories have appeared in numerous published anthologies and continue to appear in new publications. In 2014 she moved to Manitou Springs, Colorado, where she currently resides and continues to produce works of Urban Fantasy and Horror. Amity is a proud member of the Horror Writers Association and keeps steady attendance at local writers groups. A lover of animals, Amity is an advocate against animal abuse and assists with lost pets in her community.
Sharon Stogner at 12:30 AM
Share