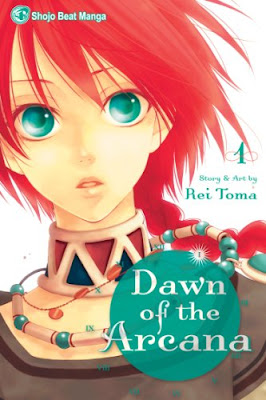 Dawn of the Arcana Vol. 1
by Rei Toma (Author, Illustrator)
April 30, 2012
192 pages
Volumes: 13 (List of volumes)
English publisher: Viz Media
Genres: Fantasy, Romance novel
Publishers: Viz Media Shogakukan
Shōjo manga
Princess Nakaba of Senan is forced to marry Prince Caesar of the enemy country Belquat, tantamount to becoming a hostage. While Caesar is pleasing to the eye, he is also selfish and possessive, telling Nakaba outright: “You are my property.” With only her attendant Loki at her side, Nakaba must find a way to cope with her hostile surroundings, her fake marriage...and a mysterious power! 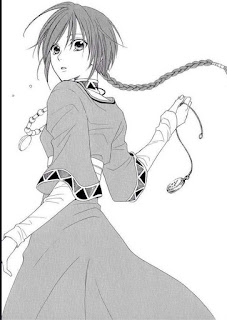 For those who like some adventure and lots of subplot with your possible romance, we have a great series to look at this week.

Dawn of the Arcana opens with Nakaba, a Senan princess forced into marrying Caesar, a Belquat prince to help the kingdoms actually get along. Whether this works or is a gesture for show is debatable. Nakaba and her Ajin (half human/half animal) servant Loki move to Belquat, and all sorts of intrigue develops. If this wasn’t enough, Nakaba also has the Arcana of time (in the past, those with Arcana powers were slaughtered, so obviously she keeps this quiet once she realizes that it’s a thing).

There’s a LOT going on here. Like just so much. Almost too much. You have the struggles between countries and political coups going on within Belquat, there’s the actual question of Nakaba’s station because her red hair isn’t a desirable trait in that world, there’s the human vs. Ajin racism, her and Caesar not getting along then learning to love each other, and a love triangle between her, Caesar, and Loki, because of course. 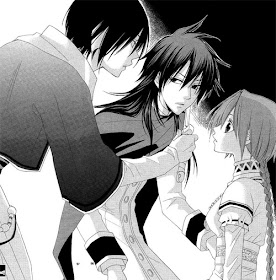 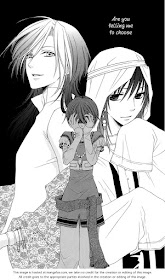 Honestly, this hits a lot of issues that are relevant in today’s world, and it’s really interesting to see how they’re dealt with. The stereotypes and racism are somewhat obvious in a clunky fantasy world way, but in a genre that usually chooses high school love fantasies, this makes for an interesting read. Nakaba grows and has to balance all her feelings for people with opinions on the issues, as well as keep herself and those she cares about alive. I like that she isn’t completely automatically in love with Caesar at first, and vice versa. 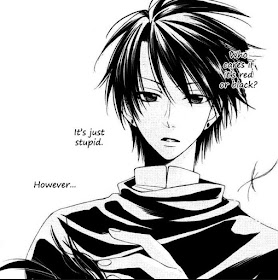 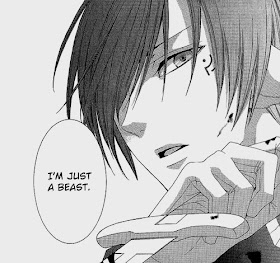 There is real development going on there, and the political stuff takes time to unfold as well. Caesar and Loki are both portrayed as not perfect, which is refreshing. If anything, the Arcana stuff feels a little wedged in to me, but it’s still an interesting subplot. I need to catch up, but there are some interesting side characters that we meet as the cast journeys around, and all in all the worldbuilding isn’t bad. Everything has a distinct look, which I appreciate, and you can tell a lot of thought went into things. 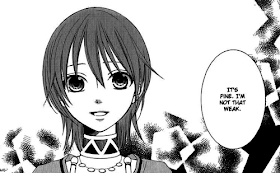 Nakaba, herself, isn’t a naïve heroine or one that figures things out right away. She’s there in the thick of things, learning, getting things wrong, stumbling through the events, which I really like. 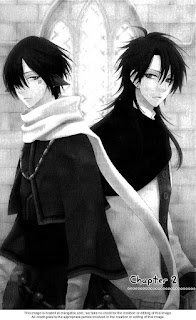 The Loki vs Caesar stuff admittedly tires me out, but it’s at least coming from a believable place. As far as ick, there isn’t really any unless you’re not into fantasy adventure violence.

If you want romance, yeah, of course it’s gearing up for that, but if you want consistent plot, it’s also got bucket loads of that, which makes for a fun fantasy adventure read.