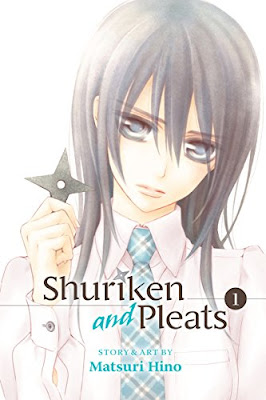 When the master she has sworn to protect is killed, Mikage Kirio, a skilled ninja, travels to Japan to start a new, peaceful life for herself. But as soon as she arrives, she finds herself fighting to protect the life of Mahito Wakashimatsu, a man who is under attack by a band of ninja. From that time on, Mikage is drawn deeper into the machinations of his powerful family.

Everybody likes ninjas. This is just a fact. Don’t dissuade me, it’s law. So when I saw a relatively short (only 2 volumes!) series about a schoolgirl ninja fighting a shadowy underground…

The actual reality was a little different. Your mileage may vary.

Mikage is from a ninja family assigned to protect a man who she has a great fondness for. They discuss their lives and he has a wish for her to be able to experience a normal girl’s life and not that of a deadly assassin.
Obviously, he dies pretty much right off the bat. Oh come on, that’s not a spoiler, that’s like page 2 in manga-world. 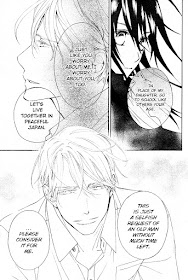 Anywho, Mikage decides to see what all the fuss about normal life is about, leaves ninjaing (although can you REALLY leave ninjaing? Hint: No, you cannot), and goes to Japan to start school. She’s drawn to Mahito, who has some ties to her previous master. He’s also being targeted by a ninja family, so she takes it upon herself to protect him. 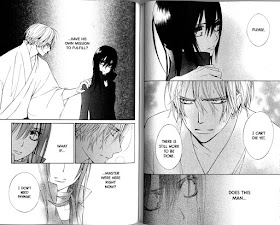 The whole line of how everything fits together is a little complicated for a 2 book series, and for me, there isn’t quite enough fun had with the dichotomy of Mikage trying to go to school and do her ninja stuff. Like if this were a television show those kind of hijinks would be at least a season and a half before the overall arc fully came back into play (foreshadowing not included). Here, that and her of-age potential love interest are touched on, but those and other friendships just aren’t as developed as I’d hoped. You don’t get a huge sense of worlds colliding, because, at the end of the day, it all comes down to….

Her unrequited feelings for her first master. Who was a married dude and quite a bit older than her. 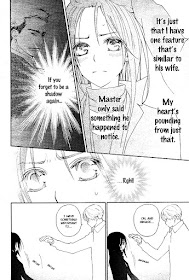 Look, I’m not that old and I’m not an idiot. I get teen girls crush on older guys all the time. For me, though, the pining takes up so much of the plot that could be used for more interesting things. Plus, you have other characters you could actually play those emotions out with. 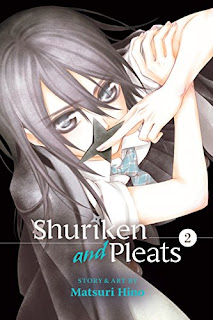 The second volume, for me, was something of a disappointment. You have all this setup, and then don’t really use it to its full potential. I don’t mind her battling past colleagues because as I understand it, that’s like Ninja Thursday, but certain things are brought back to the forefront that just really kill the action for me. The ending is…odd. Maybe I’m not thinking as a teen girl, but this wasn’t really billed as a romantic title, and the ending isn’t really romantic per say…more like her interpreting some things in a way that makes you think it could be revisited/come into play later when she’s older.

I will say there’s not any real ick factor, and I’ll give credit that the schoolgirl thing isn’t played for fantasy. Any discomfort of mine is reading pages of this girl calling a dude master and immediately running after him. I get that’s kinda her job, but for a ninja, it seems very….not quite empowered? Like yeah, she kicks butt, but it also always comes back to her feelings for this dude. Who is dead. And was married. And even if he wasn’t the relationship might be a crime (I forget how old she actually is). 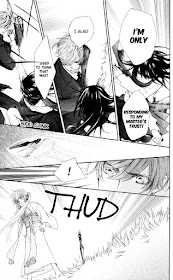 The actual ninja scenes themselves are fun. Mikage trying to fit in at school is fun. There’s a lot of potential for fun, and then it just kind of turns into…other stuff. Or it’s shadowed by feelings that feel a little shoehorned in. I honestly don’t get why this was only two volumes because I feel like even with three or four, the story may have been able to take its time and be more balanced.

The art is great, there’s a lot of movement and prettiness to be enjoyed (This is Matsuri Hino we’re talking about. The art’s gonna be amazing). The story just feels very rushed and portrayed from a slightly odd angle to me.

But hey, some people go for stuff like that, and to be fair, Mikage’s pining does feel like a teen girl. Granted, if she was trained as an assassin/bodyguard from a young age, I kind of question if that would be at the forefront of her mind, but in that world, I can kind of buy it. 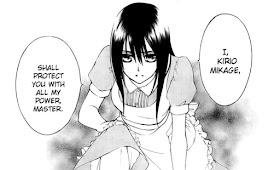 It’s short, it’s a good way to kinda get a feel for shojo manga, and there are some fun scenes.