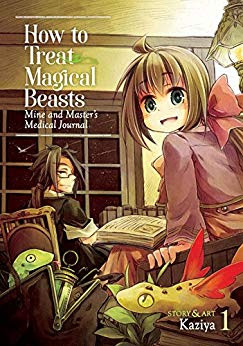 How to Treat Magical Beasts Vol. 1
by Kaziya
180 pages
Publisher: Seven Seas (May 22, 2018)
Genres: Manga, Fiction, Young adult fiction, Graphic novel
In an age of science and forgotten magic, mythic beasts are beginning to disappear from the world. A young girl named Ziska, born into a line of mages, becomes the apprentice to a veterinarian of regular animals -- but Ziska's interests lie with beasts of a more magical nature. Can she help these creatures of legend survive in a world that is leaving them behind?!

Like magical creatures? Of course you do, that’s a rhetorical question. But what happens if they get sick? Who do you call and how does that particular vet treat them? We find out these answers today in the first volume of How to Treat Magical Beasts. 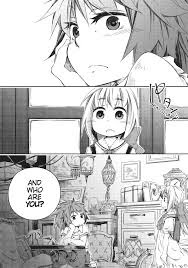 The title is pretty much what you get. Ziska is a thirteen-year-old apprenticed to a vet so she can learn animal medicine. Things get interesting, though, because she’s also the last in a line of mages…except she isn’t really all that refined in the magical arts and people don’t really have need for magic now that science is around. 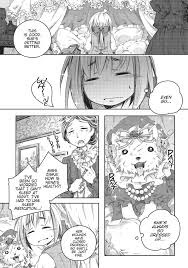 This is a pretty typical first volume. We get to know the two leads and their friends, and find out the basic problems (science vs magic, young heroine with a slight inferiority complex, doctor who stands behind science 1000000% except he somehow knows more about magic than he’s originally let on). Keep in mind, this also takes place in a pseudo-Victorian-ish type setting, so the premise works a lot better than it would if set in the here and now.

And I mean, it’s fine. We go with Ziska through a series of misadventures and see her heal different sorts of animals (fire salamander, dragon-like ice creature, predatory rabbit – and oh mah gawd I want one of those). There’s a lot of the doctor explaining things which helps settle us into the universe, and you feel some for Ziska’s situation. She’s pulled between two worlds, but only knows so much about her magical part. She’s likable enough, though I think it made more sense once it’s mentioned how young she is later in the volume. The doctor is a typical serious, secretive character with a heart buried in there somewhere, and there are some quirky side characters to even things out. 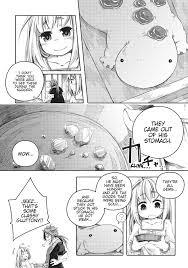 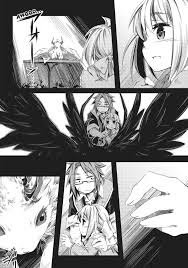 For me, it reads very much like a first volume, and it’s all pretty typical. I do like how a lot of the explanations are designed to give a science side to magic, which is neat. The mandrake chapter is especially well done for me, and a new take on things. The creature designs are really cool and cute, and there are some great panels featuring those characters. As I went along I enjoyed it more, but I don’t know if this is a volume that would make me run out and grab more. Granted, it’s labeled teen, but I could see this being more for ten and up, or middle school introduction into manga or something (if the plot suddenly takes a wild left turn, don’t come after me – I’m going purely by volume one).

These types of stories are more about the cool designs and ideas rather than a forward-momentum arc, and I’m okay with that. It’s a good book to chill out to, especially if you don’t want something with a lot of drama or angst. There’s only one kinda hint of romance that’s a love spell played for laughs (which, in retrospect, seems a little eeeeh if Ziska is thirteen), so I’m guessing this isn’t going to be all gung-ho into romantic overtones, either, which is good for readers who may want a break from pining and face-sucking. Or something.


3 supernatural sheep that could use a checkup