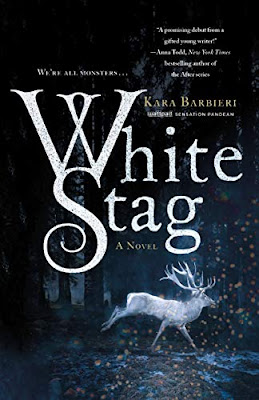 As the last child in a family of daughters, seventeen-year-old Janneke was raised to be the male heir. While her sisters were becoming wives and mothers, she was taught to hunt, track, and fight. On the day her village was burned to the ground, Janneke—as the only survivor—was taken captive by the malicious Lydian and eventually sent to work for his nephew Soren.

Janneke’s survival in the court of merciless monsters has come at the cost of her connection to the human world. And when the Goblin King’s death ignites an ancient hunt for the next king, Soren senses an opportunity for her to finally fully accept the ways of the brutal Permafrost. But every action he takes to bring her deeper into his world only shows him that a little humanity isn’t bad—especially when it comes to those you care about.

Through every battle they survive, Janneke’s loyalty to Soren deepens. After dangerous truths are revealed, Janneke must choose between holding on or letting go of her last connections to a world she no longer belongs to. She must make the right choice to save the only thing keeping both worlds from crumbling.

Janneke was given the male version of her name at birth, to be raised as the male heir of her father since she looks the most like him out of all her sisters. When the vicious Lydian, a goblin from the Permafrost, leads an attack on her village, she is taken prisoner and made a slave of his. After one day, he repeatedly hurts and rapes her and he gives her to his nephew, Soren. For a hundred years, Soren works to get her to accept the Permafrost world. When current Goblin King dies and there is a hunt for the white stag and whoever captures and kills it will become the next king. Soren has her to join him in hopes she will accept the ways of the Permafrost. She does and each victory over another goblin while hunting the stag to become king, brings her closer to him.

There were some things about this story I didn’t care for, like how Janneke and the goblins use modern slang when the novel is no doubt set long ago, maybe the Dark Ages or when the Viking ruled the seas. So, unless this is more dystopian and set in Earth’s future, they can use English, just the slang sounds so now. There are a few more things, which is why this got a 3 ½ over 5.

Enjoy George RR Martin and Tolkien’s Lord of the Rings and The Hobbit? Like romance and the Fey, even Vikings? Interested in Norse mythology? Then, this novel might be what you’re looking for.

Goblin King (PERMAFROST #2)
can be read on Wattpad 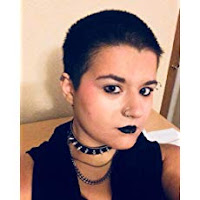 About the Author:
amazon-twitter
goodreads-wattpad
Hi, I'm Kara Barbieri, also known as Pandean. I'm 22 years old and a lover of fiction and nonfiction of any sort. White Stag is my debut novel and part of a trilogy. When I'm not writing I'm binge watching Buffy the Vampire Slayer, jamming to IAMX, or twirling a fire staff. I also really like goats.