Welcome! Thank you for joining me at the Alpha Male Diner. A table is set for you in the underrealm booth with a view of the river of molten lava straight from the Gaian Otherworld Series. My name is CR and I’ll be your server for this evening.


m the finest magical ingredients plucked from the different realms of existence. I’ll serve you a mystical meal that’s dark, indulgent, and delicious! 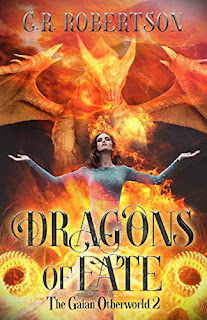 Ingredients:
A six foot four dragon shifter
Equal quantities of dominance and danger
Dark hair, hazel eyes, and a panty-melting smile with muscles built to cling on to
Owns the legendary Pendragon sword

Seasoning:
A masterful massage of pleasure and pain
Centuries of training in the dark fae unseelie court
Determination to claim his fated mate
Relentless drive to protect the planet

After rubbing the ingredients together, carefully add the following:
Lips that make the heroine quiver
Sexual predator intent on claiming his prey
Heart of gold
Happy ever after

Wrap the main course in arms of steel and hands of velvet.

Turn the heat up to smoldering, and stand back as fireworks explode.

Serve with a cool cocktail of magic, intrigue, vulnerability, and mythology.

If the meal becomes too spicy and causes gasps of shock and delight, please remember to fan yourself as you flick the pages. Some scenes may melt your menu, so proceed with caution and a fire extinguisher.

Taste Test:
Evanora picked the pastry up and examined it, her forehead creased in puzzlement before her attention returned to me. “What is it?”

“The mortals call them doughnuts. They are fried pastry filled with custards and jams and covered in sugar.”

She glanced down at the box filled with various flavours. “And you eat them?”

I nodded, and she gingerly took a small bite of the pink iced doughnut with strawberry custard inside. I watched her expression change from sceptical to bemused to pleasured. Sugar coated her fingertips, and custard oozed out through them.

In the dark palace, it had occurred to me that she had never sampled the sugary fast foods of the modern age.

Her tongue poked out and lapped at the cream in the doughnut, and the muscles in my stomach tightened at the action. My eyes never left her as she devoured the doughnut. I feasted on every expression that crossed her face. She managed to get sugar on her nose, and I resisted the urge to lean forward and brush it off.

Ruben said she was shattered, and sometimes a look entered her eyes that spoke of hidden pain, but her aura was bright and whole. Somehow, Evanora had found the strength to survive her captivity, to detach herself from the world Cyrus created. She found a place to hide in the horrifying world she’d been thrust into.

Evanora sat back with a small smile on her face and said, “I like doughnuts.” Her gaze flickered to the box on the table.

“I chose different flavours for you to try, so you can pick your favourite,” I explained, and her head dipped, cheeks flushing. 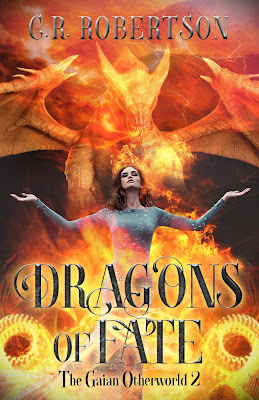 The underrealm was in turmoil with revelations of the evil that had taken root there.

It was no longer a safe haven for the Gaians.

Darius was a golden warrior dragon from an ancient clan. Evanora descended from the purple dragons of healing. They were destined to become fated mates four hundred years ago before Evanora was stolen from the heartland of the dragons.

Her dream of escape became the nightmare of reality.

Even in the light the past haunted her present.

Evanora’s soul was broken by her long years in captivity, until Darius started to fit the pieces back together again. Some fragments no long fit, some slotted into a different position, but the woman who emerged was stronger and more powerful than anyone ever imagined – the Gaian enchantress.

Was it too late for their love?

Or would Fate intervene to light their way to the future?

Sometimes love was the most powerful and dangerous magic...

***WARNING*** Includes a deadly hero willing to fight the monsters of this world to claim his fated mate, and a heroine who powerful enough to bring the world to its knees.

Dragons of Destiny is the second in The Gaian Otherworld. It can be read as a stand-alone paranormal romance.

Website-FB-Instagram
Goodreads-Bookbub
Pinterest-Amazon US
Mailing List
Otherworld fb group for freebies and teasers
CR Robertson is a paranormal romance writer who lives in Ireland, the most magical country in the world. From an early age, she loved faerytales and mythological stories. She delved into the pages to go on an adventure with the characters, sparking a lifelong love of the literary world and story craft.

The Otherworld Chronicles started when the characters evolved in her head, constantly jumping in to tell their story until one day that nagging voice said, “Why not write their faerytale?” The rest resides in the pages of the Otherworld. Her in-depth knowledge of mythology and faerylore weaves the background for the characters in each of her manuscripts.

It may be cliché, but she has a cottage by the sea on the east coast of Ireland. Gardening is one of her favourite pastimes and is evident in her garden that is overflowing with crystals and seasonal flowers for the birds, butterflies, and her favourite bumblebees. Her dogs enjoy the sleepy seaside town and spend their time playing in the sea.
Sharon Stogner at 12:30 AM
Share