If you’re going to write about voodoo hoodoo…

A couple of years ago, I attended a writers conference in New Orleans at the Hotel Monteleone. Now, this wasn’t my first visit to NoLa nor the first time I heard whispers in my head. I was pretty much in my element. But as I stood in the lobby of that grand establishment, this time my character, Caleb introduced himself by growling at me. You see, he’d been cursed and now planned on irritating me, to the point I knew I’d get no rest until I wrote his story. I went up to my room and began to write. 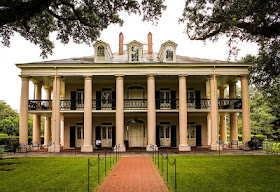 Caleb told me his story. He came from an old family with deep roots in New Orleans. They carried a curse placed on them by a voodoo priestess hundreds of years ago. Yeah, those curses are a bitch to shake. But Caleb let me know what he’d need to do that. Of course it involved him getting down and dirty with a beautiful woman. Who just happened to be a witch. Not just any witch, but the great-granddaughter, several grands removed of the voodoo priestess who’d laid the curse on his family, to begin with. Holy shit! 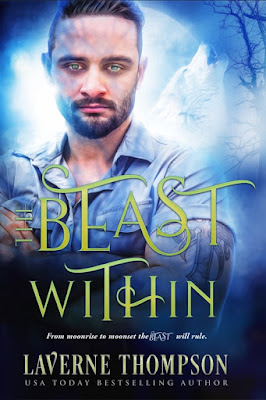 
From moonrise to moonset, the beast will rule.

Caleb’s family had a secret. One they’d held for over 300 years. One he’d reveal to save one woman’s life. Because she was the other half of his soul, even though it was her kind who condemned him to be the beast he was.

Lissette knew her family had secrets. What family in New Orleans as old as hers didn’t have family legends, most she disregarded as nonsense. Until she came across something leaving her no choice but to believe.

Especially, when it meant her life… or his. 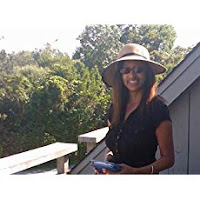 About the Author:
website-FB-twitter
Bookbub-Instagram
newsletter
LaVerne Thompson is a USA Today Bestselling, award winning, multi-published author, an avid reader and a writer of contemporary, fantasy, and sci/fi sensual romances. She loves creating worlds within and without our world. She also writes romantic suspense and new adult romance under the pen name Ursula Sinclair.

She is a certified chocoholic and is currently working on several projects. Some might even involve chocolate. But writing helps maintain her sanity.
Sharon Stogner at 12:30 AM
Share