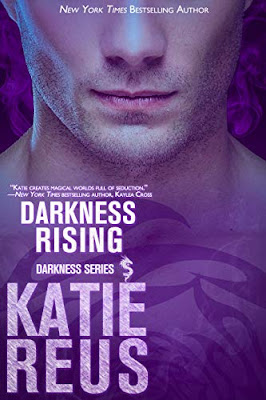 When a bringer of death…

Awakened after millennia, dragon warrior Reaper is ready to fulfill his destiny…until he sees Greer. With one glimpse, everything Reaper has ever known throughout his very long life is irrevocably changed. Greer’s his mate, he feels it in his blood, in his soul—but convincing her is another matter. The dragon clan healer finds him obnoxious and annoying, but he knows a woman’s interest when he smells it. And Greer smells like one word: mine.

Meets a giver of life…

Greer has spent hundreds of years using her healing abilities for the good of others, making her the polar opposite of Reaper. The ferocious war general may be an ancient, but his arrogance proves he hasn’t spent any of that time learning about women. Greer is displeased when her Alpha sends her to New Orleans with the insufferable warrior—then she sees him in action against a menace threatening to tear the city apart. Fierce, protective, magnificent…mate-worthy. Maybe opposites do attract, but if they want to live long enough to find out, they’ll first have to save the world teetering on the brink of obliteration.

Length: NOVEL
Author note: This is the final book in the Darkness series and can be read as a stand-alone.
Add DARKNESS RISING to your Goodreads TBR!
Amazon-Apple-Nook-Kobo

Darkness Rising definitely fits the bill when it comes to an action-packed paranormal romance. If you love dragon shapeshifters and wonder if it’s possible to have them in a modern-day setting, look no further than Katie Reus. She does a wonderful job of making these dragons blend in as much as possible. Until they can’t anymore.

While Darkness Rising is technically the last book in the series, it isn’t the last time readers will see these characters or this world again, and I can’t think of a better way to kick off the next chapter of this paranormal romance saga. Yes, saga. There’s so much that happens in this book that changes things forever for all the characters involved.

Yet for all the action and world-shattering events that happen, Reus doesn’t forget that there’s a romance to develop. I felt that Reaper and Greer had plenty of time to get to know each other and fall in love. At the same time, Reaper had to acclimate to his new and fast-changing surroundings which sometimes lead to some light humor. He IS pretty darn old.

It isn’t necessary to read the series in order to understand it, but because it’s better if you do, I suggest picking up the first book ASAP. 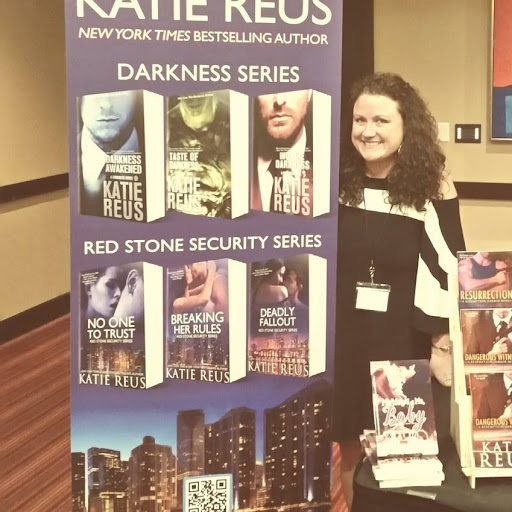 Website-FB-Twitter
Goodreads-Blog-IG
Katie Reus is the New York Times, USA Today, and IndieReader bestselling author of the Red Stone Security series, the Moon Shifter series and the Deadly Ops series. She fell in love with romance at a young age thanks to books she pilfered from her mom’s stash. Years later she loves reading romance almost as much as she loves writing it. However, she didn’t always know she wanted to be a writer. After changing majors many times, she finally graduated summa cum laude with a degree in psychology. Not long after that she discovered a new love. Writing. She now spends her days writing dark paranormal romance and sexy romantic suspense. Her book Avenger’s Heat recently won the Georgia RWA Maggie Award for Excellence in the fantasy/paranormal category.
Sharon Stogner at 12:30 AM
Share