Into Temptation
by Elle Keating
June 3, 2019
361 pages
Twenty-eight-year-old Lilly Rains would settle for - no, embrace - the idea of Purgatory as atonement for her sins. The newly assigned parish priest has conjured less than righteous thoughts, forcing Lilly to question her sanity for being attracted to a man of the cloth and more importantly, whether she can perform her job as the principal of St. Robert’s Catholic School.

But the handsome and mysterious priest is not what he seems. He has been sent to retrieve Lilly’s wavering soul, preying on a faith that has been rattled by her past. But where there is darkness, there must also be light and God has decided it is time to intervene. A Guardian has been assigned to protect Lilly from the evil surrounding her. However, when the priest and the Guardian begin to pursue her for their own purposes, Lilly is left with an impossible decision.

Will she choose the forbidden man she loves or the Guardian who will be eternally devoted to her?
Amazon-Amazon UK-Amazon CA-Amazon FR
Add on Goodreads

Into Temptation had me on the fence after reading the blurb and the cover was not anything too special TBH. I honestly didn't know what to expect, but wanted to give it a shot. So, to my surprise and delight, I was totally taken in by this tale.

LOVED the multiple characters points of view on this one. You never get too much from one character's voice and it never runs on in a way that could become confusing or dull. Well thought out plot twists and some brilliantly placed pieces of heartache, I did not see a few things coming. I really thought this story would become predictable, it did not. Hats off to the author!

Lots of romance and some big life decisions from our leading lady Lilly (love that name) in which I actually related to a lot. That was one of the main points for me, characters I could relate with on different levels. While this story doesn't have all the hard-hitting action-packed drama of butt-kicking adventure, what it does have is a big serving of heart and soul.

I really enjoyed this one and was glad I gave it a true, refreshing and different. Recommending this as a good summer read!

Getting 4 and 1/2 'these sheep have wings baby' Sheep 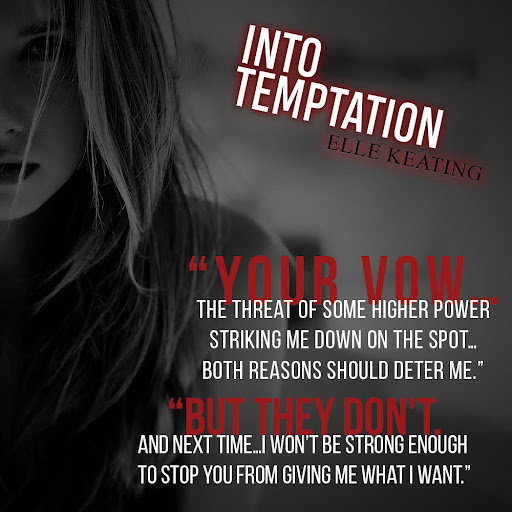 His hand fell away from the small of her back. “Humor me?” he asked.

They started to walk toward her home when he again wondered who this Ray was. Why it had looked as if Lilly had wanted to knee Ray in the groin at the pub. They were a half block in when his curiosity got the better of him. “Is Ray your ex-boyfriend?”

“Absolutely not. Obnoxious men who can’t take no for an answer have never been a turn-on. Ray is not my type.”

“What is your type?” he asked.

She pursed her lips and hesitated.

“You know, I’m not sure. I guess I haven’t found it yet. But that’s my fault. I probably should start dating.”

“Start dating?” he asked. Her choice of words captivated him.

They crossed the street, bringing them to her block. He didn’t want this conversation to end. “Um… yeah,” she said, sheepishly. She looked away and focused on the gravel beneath her feet.

A thousand questions swirled through his head. “You must miss the companionship, the intimacy a relationship can bring.”

“Well, it helps when you don’t know what you’re missing.”

Stunned, he peered over at her. She did the same thing she had done in the bar when she realized that she had misspoken. She closed her eyes and shook her head. “I can’t believe I just said that.”

“Are you telling me that you’ve never been…”

She stopped abruptly and turned toward him. “Yes.” Her fists were clenched at her sides. She looked mortified and pissed off at the same time. “This has been an enlightening night for you. In just under an hour, you have learned that your principal doesn’t attend Mass, which according to my contract is grounds for dismissal. And now, you’ve had the unfortunate experience of witnessing a twenty-eight-year-old admit she’s still a virgin.”

Something primal within awakened. Her subtle mannerisms, the way she bit her lip and twirled her hair around her fingers were enough to make his cock twitch. But now, knowing that she had never been with a man was enough to make him want to claim her right there on the sidewalk.

“I believe I never was given the opportunity to answer your question.”

She crossed her arms over her breasts and started walking toward her house. “What question?” she asked.

“You asked me if I thought the priesthood was what I had expected,” he said.

“Attempt to diffuse an embarrassing situation. I’d much rather go home and forget the past hour has ever happened. You know, before I told you that your principal is not a practicing Catholic and has a nonexistent sex life.”

She wasn’t trying to be humorous, but he couldn’t help but smile at her. They were nearing her house when he said, “I’m going to answer your question anyway.” He touched her arm and she stopped her brisk pace. “No, the priesthood is not what I had expected. I had anticipated that there would be moments when I would experience loneliness and long for companionship. But I underestimated that all-too-human need for intimacy.”

“But… but you’re happy? With the life you’ve chosen?” she asked. Her eyes bore into his and he could feel her searching for something.

“Yes. But each day is a struggle.” Her lips parted as if she was going to say something, and then they sealed shut. He wondered what was going through her mind. She no longer appeared embarrassed but intrigued. William was pleased that his admission, though in his mind he had swapped out ‘priesthood’ for the living hell that he was in, had stopped her from wanting to melt into the cracks of the sidewalk. Without thinking, he reached out and tucked a lock of hair behind her ear. Her breathing hitched and her lips again parted. God, he wanted to taste her. “And some days are more challenging than others.” 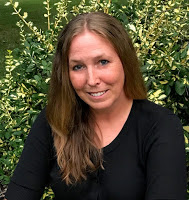 About the Author:
Website-FB-Instagram
Goodreads
Elle Keating is the author of romance novels with sexy heroes and fierce females. Her first book, Thrill of the Chase (Dangerous Love, #1), was published by Forever Romance’s digital imprint, Forever Yours, in 2015. Cut to the Chase (Dangerous Love, #2) soon followed. Most recently, Elle self-published Wanting More (Dangerous Love, #3), Back to the Start (Dangerous Love, #4) Feels Like Falling (Dangerous Love, #5) and the standalone novel, Keeping His Commandments. When Elle isn’t torturing her heroes and heroines (don’t worry, there’s always a happily ever after), she is a public school administrator and enjoys spending time with her husband and 3 children in New Jersey. For more on Elle and her books, visit ellekeating.com.
Sharon Stogner at 12:30 AM
Share