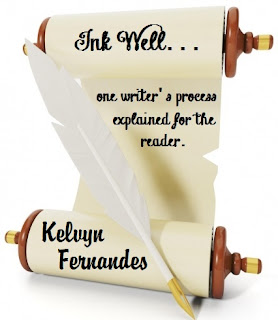 Hi, my name is Kelvyn Fernandes, author of The Many Adventures of Peter and Fi, and I’d like to tell you that it’s okay to steal ideas. There’s a song I really like by the Australian hip hop artist, Illy, called “Heard it All” (https://youtu.be/dorDfjTX7EM), where the chorus goes:

Please forgive me if it all sounds so familiar,


I'm sure that you've heard this all before.
I'm only one voice in a world of billions
And no idea's original no more

The premise is not to worry about whether you’re being derivative or whether you’re too closely imitating your inspirations or whether your idea is too generic to be unique. Just worry about staying true to yourself and honestly expressing that you through your art. So here are three
guidelines I’ve come up with to help find your own ideas within the ideas of those you admire.

1. Steal without abandon!
Never hesitate to test an idea just because someone else has already had it before you. If you’re really interested in writing about “the chosen one attending a wizarding school” or “the struggle between the light and dark sides of a force that balances the universe”, explore to your heart's content. Every story is based on the sum of a writer’s experiences. And the best stories are based on the experiences those writers hold closest to their hearts.

2. Take Only the Parts You Want!
Analyze your inspirations and determine what you think works and what you think could or should be changed. If you’re copying Thor, for example, is the whole character important to you? Maybe you admire his relationship with his mythical family members, maybe his unbridled confidence, maybe his weapon that returns to him on command. Rather than saying to yourself, “I want a character like Thor”, say “I want a character that has this, like Thor!”

3. Add the you!
Most importantly, understand that stealing ideas does not mean plagiarising them. Once you’ve identified what the this is, you still need to breathe your own life into it. You’re not stealing the fruit off of someone else’s idea tree, you’re planting their seed and seeing what you can grow for
yourself. At the end of the day, even if you’re dead set on writing about a mage named Peter who can manipulate bubbles (my character!), you’re still the one who has to write the story yourself. 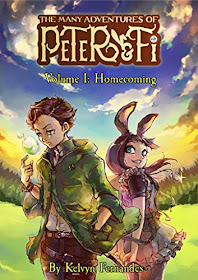 The Many Adventures of Peter and Fi Volume I: Homecoming
by Kelvyn Fernandes
December 14, 2018


234 pages
Follow Peter and Fi as they work together, each searching for something uniquely special to them through the four kingdoms of their known world. It’s a tale of fantastical beasts, peculiar characters, remarkable settings, and a unique brand of biochemistry-based magic. A story that focuses on meaningful character interactions, delicate world building, and intense action battles. 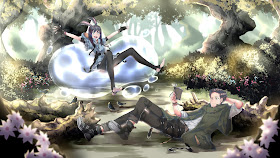 Excerpt:
She emerged within a dark sea of green, shielding her eyes against the crescent moon’s pale blaze. The twinkling stars hummed softly, discordant against the chattering birds below. The lush leaves rippled in the breeze, tempting Fi to dip her toes in for a swim. The wind blew at her back and she turned east to face it. The fresh air carried the salty spray of the Shimmering Sea.
Although she could not see it, she knew it was right there. Her ears caught the distant waves crashing against the shore. One last step, she thought. 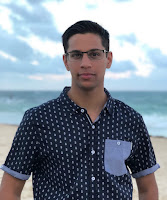 About the Author:
Patreon-Reddit
FB-Twitter
Instagram
Kelvyn Fernandes decided to follow his dream of becoming an author after graduating from McMaster University with a degree in Biochemistry. He enjoys travelling and going on adventures, with his favourite pastime being back-country canoeing in Algonquin Park. He uses both his experiences with nature and education in the sciences to shape the world of the stories he writes.