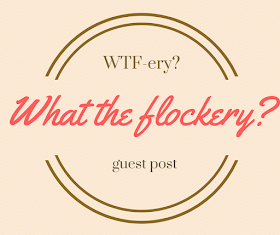 1: I once owned a cake decorating business.
Of the many cakes I made, three of my favorites were a fish on a chopping block, a Gloria Jeans café table and stools with edible cups and spoons, and a cooler with edible beer cans and sugar ice cubes. 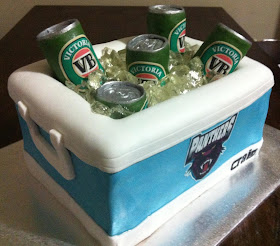 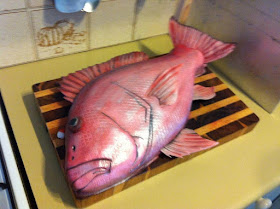 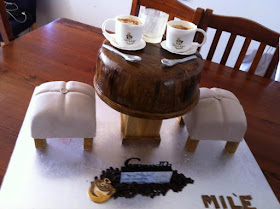 2: I used to be a pantser. My first novel, Enchanting the Fey was written with no plan what so ever.

The problem with not plan though, is you go to write book two and suddenly you find yourself opening up book one again to alter or add something, so that what you are writing in book two makes sense.

Because of this book one had three rewrites. To save my sanity, the rest of the series was planned down to chapter outlines.

3: I have only been married once but have designed five weddings.

One of my favorites, a Harry Potter themed event with hand made paper rose bouquets with wand stems, (also made by me) and a real train in the reception room.

4: I have two tattoos, both I designed myself.
The first is on my back and represents my sons, my daughter hadn’t been born yet.

It is of two birds flying is opposite directions, but holding onto the same vine. It represents that no matter where they go in life, they will always be connected.

The second is a ribbon tied around my left wrist.

This one is for me. My two best friends gifted me the tattoo for my birthday a few years back and I still smile whenever I look down at it.

On more than one occasion people have assumed I drew it on in pen.

5: I spent over 20 hours creating a fairytale themed reading chair for my daughter's room using 30+ sharpies and a can of scotch guard. 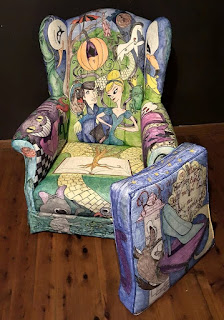 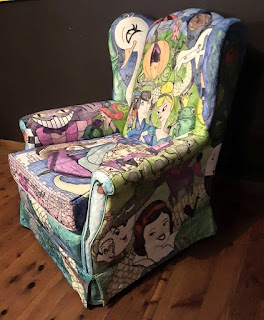 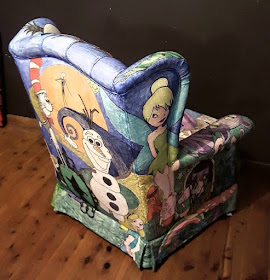 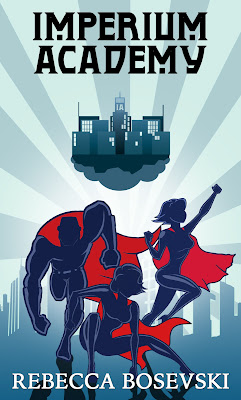 A genetic leap gave her powers, but before she can take up the cape, Ellen will have to brave Imperium Academy.

Ellen doesn't remember much about her parents, they died when she was four. Raised by her aunt she's envied for years the homo-magis children called on to be tested and subsequently enrolled in one of the five academy’s for heroes.

Or so she thought.

Her parents were two of the first Superheroes, their lives sacrificed to stop Novaside and save their only child.

Ecstatic, yet a little nervous to finally be a part of the world she'd dreamed of, Ellen is off to Imperium Academy.

But her classing doesn't go as expected.

Instead of joining the ranks of the illustrious Star Heroes, Ellen is regulated to the role of Sidekick, after all, night vision is barely a superpower.

Many have begun to question the need for Sidekicks, some teachers even suggesting they would be better suited to other employment.

But with Novaside getting bolder, and her latest attack hitting too close to home, Ellen is determined to stay at the academy and prove them wrong.

After all, where better to learn to be a hero than a school full of supers?

Excerpt:
Her classroom had seating for thirty-four students but a third of them sat empty now. It was an inevitable outcome. Of course they would leave—she would have. Had she had that option. Had she been born a magis instead of a regular plain old sapien.

Ellen propped her head on her hand, staring at the orange and red leaf flicking at the window pane as she tried to recall their names. The names of the ones now living the life she dreamed of.

When she started middle school, she made a point not to befriend the magis children. They would all be gone soon enough, once they received their green and gold technote inviting them to be tested.

And though she knew her invitation would never come, it did nothing to stay the dreams—each night she saw herself presenting to a Safe Haven Clinic to have her gene blocker reversed, freeing her enhancements from their suppression.

And each night a different gift emerged. Flight, strength, speed. Each gift, each power, as incredible as the last. Ellen dreamed of using her awakened enhancements to defeat the rebels in the streets of New State, New York, until her aunt would break through her illusions with a call for breakfast, sending the scent of bacon to awaken her mind.

For three years she watched the magis children while they prepared for what was to come, a future in the spotlight of the world. A future protecting the ones like her, the normals. The weak. The homo-sapiens. Even the class fives, the ones who would become sidekicks, didn’t come back.

Now, on her fourteenth birthday, Ellen found herself in her first week of high school, staring mindlessly at the empty chairs they would have occupied while her teacher regaled what was left of her students with a tale of heroes lost.

A rumble vibrated through the classroom floor, pulling Ellen from her daze. Her teacher’s monotonous voice was interrupted by the shrill siren of the city’s emergency system. Ellen’s heart raced as she pushed aside the notebook covering her desk’s inbuilt screen, just as the first image appeared.

Red bolded font scrolled beneath the alternating pictures and videos of the aftermath of another attack. The rebels had leveled a Safe Haven Clinic, the feed showed a dust cloud billowing through the streets filled with people stumbling from the darkness, hugging their bloodied arms against their chests as if that would keep them safe.

SEVENTEEN HOMO-SAPIENS CONFIRMED DEAD IN ANOTHER REBEL ATTACK … HOMO-MAGIS SILVERLIGHT FREES CHILD FROM DEBRIS … “THESE BRUTAL ATTACKS ON THE HELPLESS MUST BE STOPPED,” COMMANDER CUMMINGS SAYS DURING PRESS CONFERENCE …

About the Author:
Website-FB-Newsletter
Goodreads-Bookbub
REBECCA BOSEVSKI is a speculative fiction author living on the east coast of Australia. Now that the Enchanting the Fey series is complete, Rebecca has plans to rapid release her Imperium Academy six-book series over the next 18 months - that is if she can stop binge-watching every Netflix movie made staring Noah Centineo.