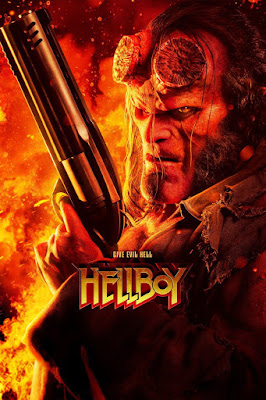 Well, I'm a little pissed at myself. And not for the reason you think. I should know better than to listen to the critics. Just because people don't like a movie doesn't mean I won't.

My husband and I watched Hellboy (2019) on-demand and we both enjoyed it. I did go in with no expectations. And you can't compare Ron Pearlman's Hellboy to David Harbour's. Pearlman made a sexy Hellboy...Harbour's...kind of ugly. Pearlman's Hellboy was a higher budget Hollywood version. Harbour's resembles the canon Hellboy from the comics. 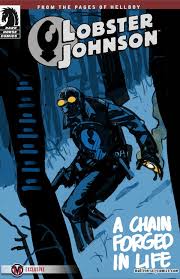 The 2019 version's story also has more of a canon comic book feel to it. There is even an appearance by Lobster Johnson!!  So if you don't compare the two, the new Hellboy movie is pretty fun. It has a lower budget and a ton more over-the-top gore. But I really liked the characters, Alice (Sasha Lane) and Ben (Daniel Dae Kim). I've always had a girl-crush on Milla Jovovich.

So, to all the haters of the movie...