Book Review: Just Watch Me: A Novel by Jeff Lindsay 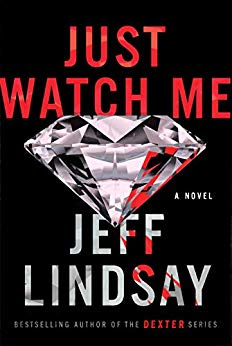 
From the author of the wildly successful Dexter series comes a new, mesmerizing bad guy we can root for: Riley Wolfe. He’s a master thief, expert at disguise, and not averse to violence when it’s needed. It’s no accident, though, that Riley targets the wealthiest 0.1 percent and is willing to kill them when they’re in his way: he despises the degenerate and immoral rich and loves stealing their undeserved and unearned valuables.
In this series launch, Riley aims for an extraordinary target in a heist that will make history. Riley will try to steal the Crown Jewels of Iran. Yes, these jewels are worth billions, but the true attraction for grabbing them comes down to one simple fact: it can’t be done. Stealing these jewels is absolutely impossible. The collection is guarded by space-age electronics and two teams of heavily armed mercenaries. No one could even think of getting past the airtight security and hope to get away alive, let alone with even a single diamond from the Imperial Collection.
No one but Riley Wolfe. He’s always liked a challenge.
But this challenge may be more than even he can handle. Aside from the impenetrable security, Riley is also pursued by a brilliant and relentless cop who is barely a step behind him.
With the aid of his sometime ally, a beautiful woman who is a master art forger, Riley Wolfe goes for the prize that will either make him a legend—or, more likely, leave him dead.
Amazon

Where can an author go after the amazing Darkly Dreaming Dexter? A caper to end all capers! Riley Wolfe, thief extraordinaire, sets his sights on the Crown Jewels of Iran. A master of disguise does his due diligence and forms an airtight plan. But aren’t they all?

This is a fun book, fans of the Dexter series will appreciate a character who’s attention to detail borders on the extreme and his commitment to the challenge is phenomenal. The pursuit of Riley adds a great cat and mouse aspect to the story. Fun and quick, great book! 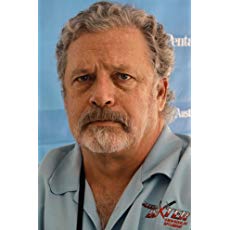 About the Author:
website-FB
JEFF LINDSAY is the author of Darkly Dreaming Dexter and Dearly Devoted Dexter. He lives in Florida with his wife and children.
Photo by Larry D. Moore [CC BY-SA 3.0 (http://creativecommons.org/licenses/by-sa/3.0) or GFDL (http://www.gnu.org/copyleft/fdl.html)], via Wikimedia Commons