YA UF authors Krissy May and Holly Graf: The Pros of Owning A Scrog + giveaway

The Pros of Owning A Scrog
The Scrog if a mythical beast found all across the sub-realm where Wiccans go. No one but the Wiccans know what to call this realm


Edit: the realm is called The Concave

PROS
● Rideable
● Slobbery frog mouths to snuggle you with
● Defend the land against intruders
● Commendable (if you murder the leader and drink its blood daily)
● Family organized with complex social structures
● Fathers only eat their young 25%, give or take 25%, of the time
● Loud so you can hear them coming
● Colorful so you can see them easily
● Playful and silly, enjoy pulling claws in to form a ball and rolling in dust (don't go near a scrog ball)
● Immune to electrical charges
● Sweet, affectionate when you are accepted as member of family
● Their skin secretes a mild toxin that some species of bees can feed off of. The honey produced is non-lethal but can provide some immunity to Scrog toxins
● Adorable 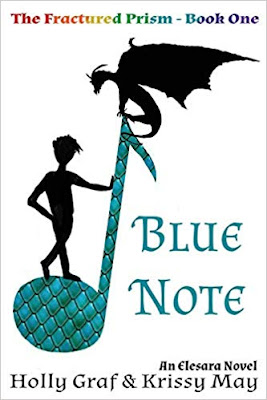 Blue Note (The Fractured Prism)
by Krissy May, Holly Graf
May 18, 2019
264 pages
Genre: teen/YA, coming of age, magical realism, urban fantasy
Blue Note- a gripping novel about magic, other realms, and the value of friendship in the face of loss, fear, and a need for autonomy. Niels Poulsen, self-styled God of Rock and lead singer in a popular punk band, has everything he could want: family, friends, fortune, and fame. When his best friend and fellow band member, Jace, goes missing, Niels will do anything to get him home safe. Niels discovers that their money and connections won’t help them on their journey. They will rely on an old model airplane, a family secret, and a tangled magic that weaves the band into the fabric of other realms so tightly they may never make it home again. Their quest takes them across new worlds, through foreign dangers, and straight into the path of an ancient prophecy that wants Niels for itself. If Niels and his friends survive long enough to find Jace and negotiate their way home to Manhattan, will it be worth the price? The magic says one of them will have to die..." Do you think magic might be real?”Niels hadn’t at first.
amazon

Excerpt:
As they walked away from the sketchy people, Niels leaned down close to Hattie’s face. “The liquor stall? Or do you think it’s a setup? Christ.” He leaned away. “I’m as paranoid as Rhyss now.”

“No you’re not.” She side-hugged him as they walked. “I’ve got a bad feeling too.”

“They pointed that way,” he gestured, “so let’s go this way.”

They passed several stalls. One had all kinds of colorful eggs on display. Another had a row of kids dancing in front with a sign that read: Ontriss Academy of Noc Thui. Another stall had fried dough smothered in cinnamon.

They should’ve begged Kenzie for some money before she left, but Niels had the feeling she didn’t have much in the way of funds. Land pirates were still pirates, after all.

Something just ahead of them started screeching.

Places to go: not in that direction. Whatever was up there probably ate people. Niels steered them casually toward a stall with jewelry, but Hattie was having none of being steered around.

“What is that?” She moved towards the keening, cutting off a pissy guy with a cart full of vegetables. Some of the food toppled off the cart.

Niels almost reached for one, but two thoughts stopped him: One, he had no idea whether they were even edible; two, Kenzie said they executed thieves, and this didn’t feel like a good day for that. Dying wasn’t on his agenda.

He let Hattie pull him across the road on her quest for death-by-screech, until they were in sight of the screeching thing.

“Is that a dragon?” Niels asked.

Not just a dragon, but...a dragon. It was about the size of a teacup, or a gerbil maybe because teacups didn’t have tails, and this dragon did. It was covered with spines and opalescent scales in every pastel color of the rainbow.

Even though it wasn’t as big as the other dragons they’d seen in Sylem, it made the most god awful noise to make up for its size. Niels was tempted to screech back at it, see how it liked that. Or bring his guitar and climb into the higher notes, with an amp.

When the dragon saw Niels, it screeched even louder, rattling the side of its cage so violently Niels thought it might knock itself off the table.

“It wants you,” Hattie said.

No it didn’t. Clearly it wanted out so it could attack him. While that technically counted as wanting him it wasn’t the good thing Hattie’s tone made it out to be.

He stopped freaking out. What had he just said to himself? He needed to trust that Hattie was often more right than he was about shit.

He finished crossing the road with her and didn’t stop her when she asked, “Can we look at that dragon?”

The stall owner, a beefy guy who would have been a butcher - or a Mafioso, which amounted to the same thing - in any decent, clichéd movie, frowned at them. “You spoiled my dragon.”

He lifted the latch on the cage door and the little rainbow-tiled monster shot out of the cage, directly at Niels.

Niels backed away. He couldn’t die yet. He still had songs to write, Hattie to date, his mom to annoy…

The dragon landed on his shoulder, chirped once, and let out a huff of steam that condensed into beads of water on Niels' neck.

Okay, so not dying today. Not yet, anyway.

Niels allowed himself to breathe.

The dragon was kind of cute if he ignored its claws digging into his shoulder through his shirt.

Oh yeah, Niels could just pull that out of his ass.

“We don’t have three hundred those things,” Hattie said.

“Or one,” Niels muttered so only she could hear. She laughed. 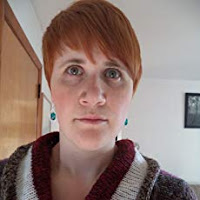 website-twitter
Krissy lives in a chaos factory, which is run by a merciless team of miniature humans and their pets. She enjoys music, foreign languages, noise-canceling headphones, and the smell of fresh-mowed grass. She has a useless degree in Physics and part of another useless degree in Nursing, neither of which helped in the creation of this book. In the far distant future, when she finally grows up, she would like to devote her free time to helping kids with chronic illnesses and recurring cancers get a second wish through a wish-granting organization she hopes to found. 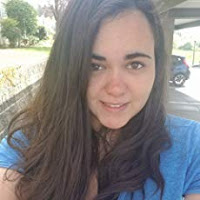 website-FB-twitter
Holly began her career as an accountant. While her sense of humor tends appropriately dry, her love for writing far exceeds the constraints of an office job. She attended four colleges across three states in pursuit of her BS in Accounting, while pursuing course work in philosophy, law, and writing. Between words, she spends her time immersing herself in the magic of life: her two kids, her family, and her little ark of animals.