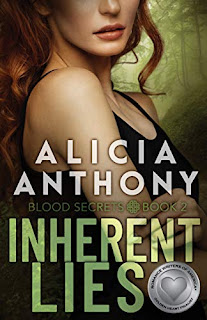 Hi, everyone! Thanks so much for having me on I Smell Sheep. I am honored to be here celebrating the release of INHERENT LIES, the second installment of the Blood Secrets series. This book begins across the pond, in Ireland, so I’d intended to give you and your readers a little insight into the inspiration behind it, but let’s just say my muse had other ideas. Call it pandemic paranoia or quarantine crazy, but every time I sat down to pen this post, the hero of the Blood Secrets Trilogy, Ridge McCaffrey, kept butting in, so I finally gave in and let him take the lead. Hope you don’t mind this little snapshot into of one of our recent creative differences. 😉

Ridge McCaffrey stepped into my office as I typed. His body filled the doorway behind me in what had become a familiar routine. He leaned over my shoulder and the scent of him wrapped around me. Freshly showered with a hint of musk, he tapped a finger on the computer screen.

“Look at this. You’re making me look like an arrogant ass. I would never say that to Liv. If you keep this up the readers are going to hate me.”

“They won’t hate you,” I soothed. “You have to trust me, remember? I know where this is going.”

I watched in the reflection of my computer monitor as Ridge crossed well-toned arms over his white t-shirt, pulling himself up to his full 6’2”.

“You’re asking a lot of me, Anthony. Trust isn’t exactly my forte, remember? Do I need to remind you that the word ‘irredeemable’ has been tossed around in the same sentence as my name?”

I laughed and turned from my computer screen. “You are hardly ‘irredeemable,’ Ridge.” I drug my gaze over the ex-agent who’d selected me to chronicle his life. “Besides, you picked me, remember? Not the other way around. Writers don’t get to pick their muses.”

“Muse.” He chuckled, the dimple in his right cheek making a welcome appearance. “Is that all I am to you?”

He raised his hands in surrender, his cerulean eyes piercing my resolve. His shirt stretched over the muscles in his chest and breath caught in my lungs, a flush of heat surging to my cheeks. He was right. It was no wonder Liv had fallen so hard, so fast. And her instincts were right. There was definitely more to Ridge McCaffrey than met the eye. I cleared my throat and turned back to the computer screen, tamping down the flicker of excitement in my core.

“What would you have me do? Write you a boring little storyline? Let you ride off into the sunset with Liv without so much as a quarrel?”

“Wouldn’t be all bad, would it?” he asked, the baritone of his voice sinking through me, stoking the fire that I’d handed off to Liv, my fingers flying over the keyboard.

“You have to work at it, Ridge.” I sensed him move closer, his hand on the back of my chair as I typed. “You have to deserve it,” I said, breathing him in.

“So what are you going to make me do in this book? Reject her? Abandon her? Throw her to the wolves?”
I shrugged. A smile playing at the corners of my lips as I tipped the screen in his direction. He bent over me, eyes widening as they skimmed the newly penned scene. Ridge exhaled a curse. 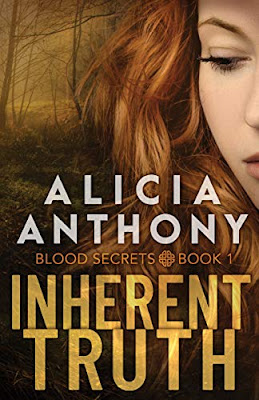 Inherent Truth (Blood Secrets Book 1) by Alicia Anthony
January 14, 2020
358 pages
A woman with buried secrets...
An agent with an impossible mission...
An inheritance that will destroy them both...

When Liv Sullivan’s grandmother beckons for help from beyond the grave, the reluctant psychic returns to her small Ohio hometown. Scrambling to make sense of the clues left by the vision, Liv finds herself face to face with undercover agent, Ridge McCaffrey.

Assigned to protect a woman whose gifts unnerve him, for a covert psychic intelligence operation he doesn't understand, Ridge struggles to place duty over desire. But when a gruesome discovery is unearthed at Sullivan Farm, the truth becomes clear...

Inherent Truth is the first book in the gripping new Blood Secrets psychological thriller series about the cost of truth and the price we pay for love. If you like pulse-pounding page-turners laced with a touch of romance, and shocking twists that will leave you dying for the sequel, Alicia Anthony’s thrilling debut is for you.
Amazon -B&N-Kobo-iBooks-Goodreads-BookBub

Books 1 and 2 of the Blood Secrets series are available at all major online retailers. 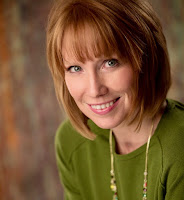 About the Author:
website-FB-twitter
Alicia Anthony’s first novels were illegible scribbles on the back of her truck-driver father’s logbook trip tickets. Having graduated from scribbles to laptop, she now pens novels of romantic and psychological suspense in the quiet of the wee morning hours. A full-time elementary school Literacy Specialist, Alicia hopes to pass on her passion for books and writing to the students she teaches. Her works of fiction have been nominated for numerous awards, including the Golden Heart®, Claymore, and Daphne DuMaurier Award for Mystery/Suspense. Alicia’s most recent release, Inherent Lies, was a Golden Heart® Finalist and Silver Quill Award winner. Alicia finds her inspiration in exploring the dark, dusty corners of the human experience.