Advice I would give new authors?


There was something my dad used to say a LOT (usually after we accused him of cheating during a game) which was this: I didn’t cheat, I used all my resources to the best of my ability. As a kid, this just sounded like a really wordy excuse for cheating. As an adult, I’ve realized he was absolutely right; my dad was also an IT guy, and most of the games he ‘cheated’ at were computer games. Which meant he wasn’t really cheating: he had the resources to alter the game’s programming without damaging the program itself, and he used that resource to achieve his end goal. We couldn’t do that yet, and so to us, it felt like cheating.

Aside from giving you a glance into my childhood, this idea is the advice I would give to new authors: to use all -- ALL -- your resources to the best of your ability. Better story-TELLER than story-WRITER? Record yourself telling the story, either visually or vocally; you can get into audiobooks, Youtube video series, Podcasts, etc. Got a thousand ideas and can’t seem to pick one? Don’t! Start a hundred projects and use your innate ADD to bounce back and forth until you finish something. Write your real-life passions into your story in one way or another; if you’re writing an epic fantasy and you’re really into gothic architecture, then use that passion to inspire your story.

Basically, it’s not just thinking outside the box. It’s thinking around someone else’s given parameters to get yourself from where you are to what you want/where you want to be. 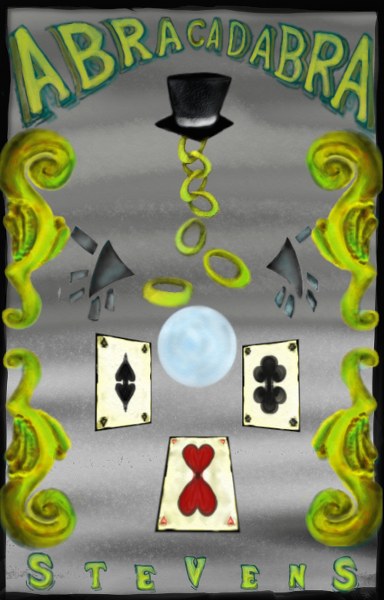 Abracadabra
by K. Stevens
October 10th 2019
177 pages
Genre: Paranormal Urban Fantasy
Magic and mayhem are his middle names. Figuratively. Not literally. He's not sure he even has a middle name, let alone two.

Rod's a trickster by trade, magician by hobby, and thief by night. But when an old friend hunts him down and asks a favor, he can't refuse. Mostly because she'll likely try to kill him before asking again. But also because it presents a very interesting puzzle: to hunt down what a half-elf, magic weapons, and a killer-led cult of shapeshifters have to do with each other. Lucky for him, Rod has the ability to be in three places at once. The problem? Even he can't always tell which him is the real him.

Abracadabra Excerpt 1
You’d be surprised how many pirate ships can fit into a magical underground harbor. It was laughable how much Miles’ ship looked like a toy boat compared to the mechanical wonders surrounding it. The huge slats of wood on either side and bottom of his ship didn’t help the notion. It was considered “old-fashioned” to still have a wooden hull -- not to mention dangerous if there wasn’t an ample amount of protection behind it. Apparently Miles happened to be an old-fashioned type of guy.

The wood was old, but had a bright sheen to it as if Miles had gone over it was some sort of gloss. One could only hope it was for protection and not decoration. It had a pointed nose and a narrow rudder, the sides bulging and creaking as it teetered in place. Large metallic fins stuck out from either side with a single larger fin protruding from the deck, and all three were pulled tight against the ship, resulting in the ship looking even smaller.

To be honest, it looked kind of like a giant fish.

As if its size and shape weren’t enough to make it stand out, two cannon noses poked out near the front like a pair of empty eyes while something akin to a huge sniper barrel rested on the deck.

Miles motioned to an old rope ladder clanking along the side. He flashed a mischievous smile to Olyvia, who was clearly uncomfortable with the whole affair and rethinking her deal. 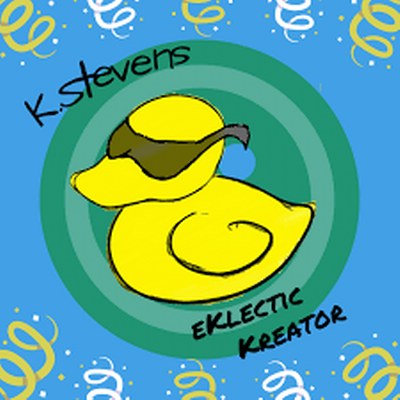 About the Author:
Website-FB-Twitter
Instagram-Tumblr
Pinterest-Goodreads
From an early age, K. Stevens devoured all things magical and mystical. To this day, she hesitantly struggles to keep one foot in reality while the rest of her remains firmly rooted in the fantastic and insane. In 2015, she finally worked up enough courage to share her stories with more than just her family, and was encouraged by the fact that she wasn’t eaten alive for it. She may be the crazy lady that talks to bugs and stares incessantly into the sky, but don’t mind her. She’s just thinking.

Giveaway
Swag (Deck of cards with a top-hat logo on the top)
Follow the tour HERE for special content and a giveaway!