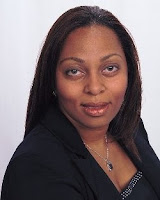 World Building is a key component in many stories. For my series The Vigilant, Scepter of Fire is in what seems to be a small town in Rhode Island called Newport, but it’s really a gateway to an alternate reality created by…

Oops don’t want to give that away.

For me, it always starts with my character. Dexter Lewis, is as complex, determined, and passionate as the world around him.

The world of The Void that you created is a dimension that exists outside of ours, but also between other dimensions. Have multiple dimensions always interested you or is it just something that came up as you were writing this series?
I’ve always been wildly interested in dimensions and played with the concept. I also write scifi which introduces dimensions easily. It offers so much ability to create that I couldn’t help world build a place like The Void.

The gateway to The Void is in Rhode Island, which seems like a random place for most. Why does this state hold special significance to you in this book?
To be honest, it’s based on a vacation I took to Rhode Island. During the day while we went to the parks, the citywalk and the docks, it was sunny and bright. But at dusk a heavy fog set in when we were at a park and we literally lost our youngest son in the fog. Then all of a sudden he popped up near the trees of the park we were in. Then we drove home from the park and an eerie fog settled the area. It was great inspiration.

EmVee, the main character, dreams of becoming an MMA fighter and fighting plays a heavy roll in the story. What inspired you to write about MMA fighting?
I’ve always wanted to be like Bruce Lee growing up. I’d watch tons of his movies and even got up to my blue belt. Now my kids do martial arts, my oldest even teaches Jujitsu, my youngest does Capoeira and all have dabbled in Tae Kwan Do and Hapkido. So, we watch a lot of MMA fights and my son’s tournaments. So essentially, Dexter inherited it from me.

How long did it take you to get this book published, from its initial conception to the release date?
The entire process was a year.

Your book heavily features romance, in addition to being a Young Adult Fantasy story. Why do you think romance is so prominent in this genre?
Love and romance is a great release and diversion when life sucks you into a black cloud of drama. It’s another dimension to the story that gives an inside view of the character’s heart.

Can you give us a hint of what you’re working on next?
I’m working on Dexter’s sister Rei’s story. It’s a novella introducing his sister in Break the Darkness which is book 2.5.

Here is a teaser of Rei’s story
(ready for pre-order)
Rei was nosey. She’d been told it would always get her in trouble, but it never did. Until she met Megan, who promised her the job of a lifetime. Sure, the high school newspaper wasn’t the ideal job for most, but for Rei, it was a dream. She’d never considered putting her investigative nature to work, but what Megan was asking her to do was way beyond the requirements of a school newspaper. It was part of an underground news for favor service. Her partners, Asher and Eli, annoyed her by never trusting her to do a job alone. Maybe, this one time she should have listened, because being trapped with no one to bail her out may surely be the death of Rei. Not only hers but will spill the secrets about her family she’d been withholding, placing every one of them in grave and serious danger.

Scepter of Fire The Vigilant Book 2
by LM Preston
May 1st, 2020
Publisher Phenomenal One Press
Genre: Urban Fantasy/YA
Dexter didn’t like being a pawn. It seems life was taking him there though. His father and he never saw eye to eye, but being captured and tortured for his father’s mistakes gave Dexter too much to think about.

First, the girl he lost, he’d never forget what they did to her. It changed him, and made him see the small city his father moved him to for what is was, a prison for magicals, the damned, and now him.

Too bad, the creator of the void didn’t realize they would be better off if they’d set him free, because now, he was fighting for his life, and someone he’d have to hide his feelings from to protect, not just from those that want to drag them back, but from him -a vigilant.

Excerpt 1:
Dexter kept his eyes closed. The binds at his wrist were cold, unforgiving and rigid chains. He needed to stay calm, take it all in and wait until they’d left him alone. His shirt was loose, and his sleeve covered one of the chains on his wrist while the other was rolled high on his shoulder.

“Doctor Rutherford said to hold him until they come to take him,” a woman who adjusted his head on the pillow mentioned.

“How long has he been like that?” a male asked.

Dexter remained stone still, keeping his breathing even as his eyelid nearly twitched from the man’s breath near his face. He felt the lift of his eyelid. Keeping his eyes still, while the man flashed a light into them was nearly impossible. Dexter forced himself not to focus, but noted the man’s dark skin and brown eyes. He could have sworn the guy winked at him. Still, Dexter didn’t trust it, he didn’t budge. The man let Dexter’s eyelid go. Dexter almost sighed. It was hard to not blink. He had to wait though, for that one chance to get out.

“The others he came with will be taken also. Don’t get in the way of those that come to collect. If you do…” the woman warned.

Dexter forced his fist not to clinch at the mention of his family that was in the car crash with him. He remembered when they sunk into the water. He’d fought to get the door opened and his younger siblings out. Then something hit his head, and he’d drowned in water when everything went black.

“Like you, I just work here for the paycheck. This hospital needs to be condemned anyway. I was there when they bought them in from the emergency room. I wanted to see how he was doing myself. I swear he wasn’t breathing when they pumped his stomach of water from the lake.”

“Nathan, just give him the shot and clear out, you don’t want to be here when they take them. It’s never pleasant. I like you. You’re new here, and if you want to keep your job, you will stop asking questions.”

Dexter heard footsteps. Light, and sure, it was the female nurse. Nathan remained there though, still, but the heaviness of his presence was over Dexter.

“I can’t help you much, but if you have it in you, get the hell out of here. The hospital is going up in flames. Your father and oldest sister, are on this floor, the others... Sorry we couldn’t help all of you.”

Dexter didn’t trust it. He remained still as the chains on his feet were removed.

About the Author:
Website-FB-Twitter
Blog-Goodreads
Pinterest-Instagram
L.M. Preston, a native of Washington, DC. An avid reader, she loved to create poetry and short-stories as a young girl. She is an author, an engineer, a professor, a mother and a wife. Her passion for writing and helping others to see their potential through her stories and encouragement has been her life's greatest adventures. She loves to write while on the porch watching her kids play or when she is traveling, which is another passion that encouraged her writing.