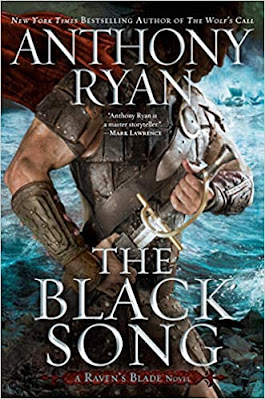 Ace publishingA matchless warrior is pitted against a near-God in the second epic installment of the Raven’s Blade series.

It has long been our lot in life, brother, to do what others can’t.

Vaelin Al Sorna was known across the realm as the greatest of warriors, but he thought battles were behind him. He was wrong. Prophecy and rumor led him across the sea to find a woman he once loved, and drew him into a war waged by the Darkblade, a man who believes himself a god—and one who has gathered a fanatical army that threatens all of the known world.

After a costly defeat by the Darkblade, Vaelin’s forces are shattered, while the self-proclaimed immortal and his army continue their terrible march. But during the clash, Vaelin regained some of the dark magic that once gave him unrivaled skill in battle. And though the fight he has been drawn into seems near unwinnable, the song that drives him now desires the blood of his enemy above all else… 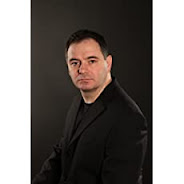 The York Times best selling author of the Raven's Shadow epic fantasy novels as well as the Slab City Blues science fiction series. He was born in Scotland in 1970 but spent much of his adult life living and working in London. After a long career in the British Civil Service he took up writing full time after the success of his first novel Blood Song, Book One of the Raven's Shadow trilogy. He has a degree in history, and his interests include art, science and the unending quest for the perfect pint of real ale. For news and general wittering about stuff he likes, check out Anthony's blog at: anthonyryan.net.
Sharon Stogner at 12:30 AM
Share