YA PNR Author C.M. McGuire: 5 weird facts about me + giveaway

Truth is stranger than fiction, so truth should definitely inform fiction. They also say write what you know. To be fair, I don’t know much about being in a lesbian/Fae love triangle or having to fight the Unseelie court with an iron nail, but here are five weird things from my life that I intend to write about someday.

I am a Boy Scout
Technically, Sea Scout. It’s co-ed, I suspect because the Boy Scouts leaders realized in the 1970s that hormones made an effective recruitment strategy for one of their lesser-known branches. It was fun. We played “Pirates.” Someone would jump from one boat to the other and, if they made it, took control of the tiller. But the best part has always been informing people not familiar with us that I am a Boy Scout, and watching them try to work it out without explanation.

I am one step above a carnie
That would be a Rennie. For three years, I was a performer and I feel like I was pretty good at it, whether I was terrifying small children in an enormous hoop skirt and praying today would not be the day my knight’s horse would bite me, or rolling around in the dirt as an elf.

My parties are not what you’d call normal
I tend not to invite large groups of people over for typical activities. Eating, drinking, and game-playing are reserved for three or less. Any more than that, and I need a THEME. I have hosted a Lord of the Rings, Harry Potter, and Star Wars themed holiday party, co-hosted Saturnalia, hosted pot-luck parties wherein we performed Shakespeare plays (my dog played the bear in Winter’s Tale)

In preparation of my debut coming out, some friends and I will hold an “unpublished” party. Think a bachelorette party but fewer pink limos and more burning terrible rejection letters.

I was voted Most Likely To Disguise Herself As A Boy And Sneak Aboard A Pirate Ship
There’s not a fantastically good reason for this, except Pirates of the Caribbean was big at the time I was a fan, my Literary Club gave every departing senior some sort of honor, and I had a certain taste in books. Why, I’m not totally sure, but I kept reading and recommending books about girls who disguised themselves as boys.
-Twelfth Night
-Bloody Jack
-Ouran Host Club
-Yentl the Yeshiva Boy (and boy was I shocked when I found out there was a movie!)

I suppose the only reason they let me stay is because I can ride a horse (ish) and pick up line dances sort of quickly. I really hope, if I write about those, they’ll let me keep my Texas card. 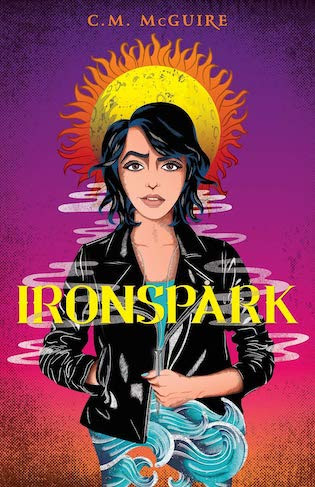 For the past nine years, ever since a bunch of those evil Tinkerbells abducted her mother, cursed her father, and forced her family into hiding, Bryn has devoted herself to learning everything she can about killing the Fae. Now it’s time to put those lessons to use.

Then the Court Fae finally show up, and Bryn realizes she can’t handle this on her own. Thankfully, three friends offer to help: Gwen, a kindhearted water witch; Dom, a new foster kid pulled into her world; and Jasika, a schoolmate with her own grudge against the Fae.

But trust is hard-won, and what little Bryn has gained is put to the test when she uncovers a book of Fae magic that belonged to her mother. With the Fae threat mounting every day, Bryn must choose between faith in her friends and power from a magic that could threaten her very humanity.
Goodreads-Amazon-Barnes & Noble-iBooks-Kobo 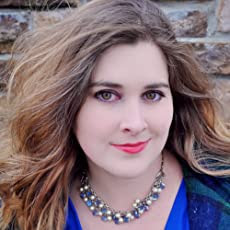 Instagram
I am a storyteller at heart, and my poor mother was grateful when I started writing. It gave her ears a break. I write primarily science fiction and fantasy intended for the young adult and middle grade audience. Presently, I live in Texas with my two cats.

Giveaway:
Tour-wide giveaway (US only)
Print copy of Ironspark
a Rafflecopter giveaway