Urban Fantasy Author Raine Reiter shares some things about her that will make you say... 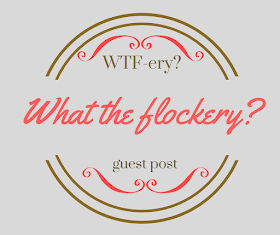 1. I babysat Icelandic sheep at my friend’s farm. Odin, the young male, wouldn’t stop crying so I sang to him all afternoon. 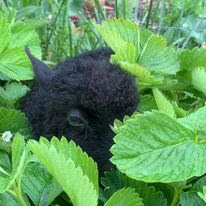 2. My first job was in a radioactive laundry washing hazard suits. I got very good at turning rubber gloves right-side out.

3. I bumped into Brooke Shields at the hairdresser. She almost knocked me down.

4. In London, I stayed in a Hackney squat and a four-story mansion on the Bishops Avenue. Our Hampstead neighbor was the Sultan of Brunei. I spent five years in the UK.

5. While working in NYC in the 1980s, I walked through the Twin Towers lower shopping area. Suddenly, I saw a bright flash, flames, and heard screaming. I passed out. When I came to, everything was back to normal. A vision? I don’t know, but nothing like that ever happened again.
My dark contemporary fantasy, Takakush is available on Amazon. http://tiny.cc/TakakushNovel. 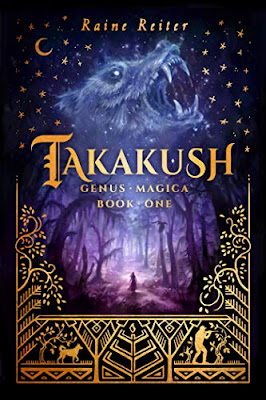 Takakush: Genus Magic #1
by Raine Reiter
January 25th, 2021
286 pages
Genre: Mature YA/ NA/ Urban (Dark) FantasyWhen Professor Elena Lukas returns to her cozy Pacific Northwest hometown with a broken heart, she’s plunged back into the fate she tried to escape. Like her mother and grandmother before her, Elena must now dedicate her life to a powerful ancient Lithuanian goddess. Although she is prepared to live as a priestess hiding in a contemporary tourist town, she arrives to find that a series of so-called animal attacks have terrorized her forest.

With the help of a handsome detective from the Washington Department of Fish and Wildlife, Elena uses her expertise in invasive and endangered species to identify that these are no normal animal attacks. The woods are stalked by a dark, mystical creature bent on ravaging the area in an attempt to quell its insatiable hunger. When her little sister goes missing, Elena realizes that the beast can only be vanquished if she is brave enough to face it in-person, embrace her identity as a high priestess, and expose her powers to the man she is growing feelings for.

Raine Reiter weaves together an empowered, female-centered narrative with rich descriptions of nature and an ever-present sense of mystery. Her vivid, flowing prose takes readers of dark fantasy into a world that looks and feels real, while still evoking the enticing paranormal creativity shared by authors such as Richelle Mead and Kat Richardson.
Goodreads-Amazon
I Smell Sheep Review
EXCERPT
Regana – Home
Regana stood between the two worlds, watching her sleeping body. When did I become so old?
The wrinkled face, spun-sugar mop, and gnarled fingers in Real-Time bore little resemblance to her divine avatar in the Penumbra. Marks of time mean nothing. She chuckled.
Lithe and nimble as a sprite, Regana kicked off from the boundary and floated through the between, sorting threads of possibility as she passed.
“Goddess of the Crossroads, why draw me here?” She waited for an answer.
Thick fibers of probability whirled and pulsed with light around her, while others faded into implausibility and blinked out.
Soon, her temper frayed. Braiding destinies and untangling misfortunes amused Regana, but her fatigued human body in Real-Time called for rest. “Show me the blasted job and let me get out,” Regana said. “Lady of thresholds, doors, and portals, your priestess readies to serve you.” Her cry echoed through the Penumbra. “What must I do?”
A scarlet rope, thick as an anaconda, whipped out of the tangle and garroted her waist. Hot, near burning, it reeked of dark magic and death.
“See.” The voice hit her like a hammer, and a kaleidoscope of images overwhelmed her mind’s eye. “Be present,” ordered her goddess.
Galahad - McCleary, WA
Across the field, wind stirred the chimes, bells, and bamboo noisemakers hanging from the eaves of the main house.
Galahad dozed in the pasture with an ancient horse blanket covering him.
Frost on the grass and pasture fence resembled snowfall. A freezing fog surged along the paddock, encircling his legs.
He woke. Something was different, unfamiliar. It wasn’t fear, it was curiosity.
With drowsy eyes, he surveyed the tree line. His nostrils flared, sampling the air. There. Hiding beneath the aroma of evergreens, a sickly-sweet stench. A predator.
The old warrior’s heart sped as he readied for a fight. At sixteen hands, he was massive and courageous. Last spring, he ran off a pack of coyotes come to snatch a newborn kid.
Galahad snorted and shook his mane. The frigid air transformed his breath into plumes of steam. He pawed the earth, kicking up divots of soil.
The wind ceased. The chimes quieted.
It struck Galahad, mounting him from behind and wrapping its limbs around Galahad’s belly. The horse arched his back as incisors sank into his neck.
Claws raked his abdomen and up his flanks, scoring slashes through the blanket into his hide. The metallic tang of his blood joined the beast’s stench.
Galahad’s hind legs kicked into his attacker’s midsection, but it only embedded its fangs deeper. Blood spurted from the wound.
The embrace tightened. He bucked, rearing and struggling for footing. The attacker threw Galahad to the ground and remounted.
The stallion screamed.
Teeth ripped flesh from Galahad’s throat, severing his jugular. His sight darkened, and his blood melted the frosted grass. Passing through and away, the horse saw the blackness clinging to his murderer.
The malignant thread released, and Regana’s vision ended. In the mundane world, her eyelids flew open, her heart hammering in her chest.
“Blood-red magic rings the waxing moon.” Her voice croaked with the remains of sleep. “Medžioklė begins.” 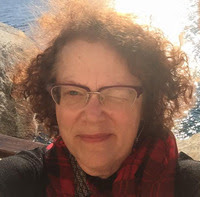 About the Author
Twanoh Press-FB-Twitter
Newsletter
Raine cavorts in the wilds of Washington’s Olympic Peninsula with her dog, Luke, and writes Northwest Gothic. Her first novel Takakush will be published on Amazon in January 2021. This is the first book in the series.