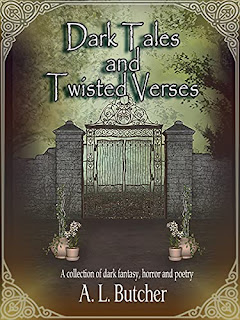 Can you, for those who don't know you already, tell something about yourself and how you became an author?
I’ve been writing stories and poems for as long as I can remember. At school, I would often get asked to write a short story or poem for a class event. I used to run roleplaying games – mostly fantasy or scifi at university, often making up or adapting plots and storylines for the players. My first published novel game out of one of these adventures – we didn’t use the idea I’d had as the group unfortunately had to break up and my friend convinced me to adapt the story to a world I’d created for something else. That lead to the novel.

The short stories in the book I’m featuring here are not related to that world but came out of other inspiration or projects. I guess poetry is my way of dealing with things that move me, upset me, inspire me or bring a lot of emotion. Most of it is quite dark – I have been told I’m cynical – and I get depression and anxiety so to an extent that’s in there too. Often it’s inspired by political events – war, social upheaval, the wrath of nature, that sort of thing.
What is something unique/quirky about you?
When I was little I was totally obsessed with squirrels and wanted to be a squirrel when I grew up. Sadly that didn’t happen, but I do live in a house bordering woodland and we get several squirrels in the garden every day. It drives my dogs bonkers.
Tell us something really interesting that's happened to you!
I worked as a dresser at the local theatre for ten years, dressing actors. It’s quite a bizarre job, really. A lot of fun but can be odd. I worked on a production of Winnie the Pooh, and was backstage having a discussion about philosophy with a depressed donkey and an owl. I also worked on Scooby-Doo. I spent at least a fortnight after saying ‘Scooby Dooby Doooo!’
What are some of your pet peeves?
Arrogance. Hatred. Willful stupidity. 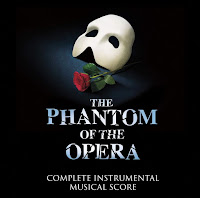 What are some of your favourite things?
Books, music, animals, history, science, writing, the Phantom of the Opera. And cheese. I really love cheese.
If you knew you'd die tomorrow, how would you spend your last day?
Reading, writing, cuddling my dogs and listening to really loud music. Probably Oh Fortuna, Nessum Dorma, Disturbed’s cover of Sound of Silence, War of the World (Jeff Wayne), Andrew Lloyd Webber’s Phantom of the Opera and a bit of Meatloaf.

Who is your hero and why?
Sir David Attenborrough. Why – he’s been a driving force for the environment and the love of animals for 60 years. He’s awesome.
What kind of world ruler would you be?
Cynical and sarcastic, I dare say.
What do you do to unwind and relax?
Reading, listening to audiobooks, walking my dogs, gaming with my partner, writing, watching movies.
Describe yourself in 5 words or less!
Lyrical, cynical, creative, tired.
Do you have a favorite movie?
Lots – 9, Wall-e, Lord of the Rings, Lost Boys, Dead Poets Society, Schindler’s List, Star Wars (not the recent ones), anything with Ironman in it. 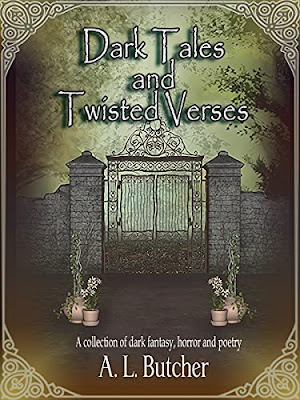 Dark Tales and Twisted Verses (A Fireside Tales Collection #2)
by A.L. Butcher
November 1, 2019
Genre: Dark Fantasy, Horror, Dark Poetry
Dark tales of ghosts of war, blood from the Autumn of Terror, the wrath of nature, an unusual murder and a cynical vampire. Twisted poetry of loss and mayhem.
Some adult themes and language.

Stories:
The Secret of Blossom Rise - A Ghost Story
The Watcher - A Tale of Jack the Ripper
The Last Forest - A Tale of the Wrath of Nature
The Last Dance - An Autumnal Flash Fiction
The Sleeper - A Yoyo Murder
So Many Nights, So Many Sins - A Vampire's Tale

Poetry:
We Must Remember
Giving It All
Enigma
Yours Truly
End of Days
Empty Classrooms
The Glass-Eyed Monster

Add to Goodreads
Amazon -Apple-B&N-Kobo-Books2Read
So Many Nights, So Many Sins – A Vampire’s Tale Excerpt
© A L Butcher
Amber firelight flickered in the small grate, casting a dancing pattern on the grubby walls of the cellar-bar known as The Cavern. It was, some said, hypnotic; others said the fire heard and saw all – for even in summer it was never truly out, merely banked to embers. Fire had been the friend and enemy of man since Prometheus snatched it from the gods, and this particular blaze had been smouldering for years. Some said decades, even centuries, and that it watched all that went on. Whether this was true Wolfgang had no idea, but it was not a normal fire and such tales served his purpose.

The Cavern had stood on this spot for at least three hundred years, and before this, various structures from longhouse to army tent to inn had been in the vicinity. This land was old, saturated with history. And blood. Battles had been fought, lives taken, lost and even given and through it, all the Cavern stood in one form or another, and its fire burned. Creatures who lived in the twilight world of the undead were drawn to this place. Perhaps it was the blood, perhaps there was something special here. Life was a lure, to those who possessed a parody of it, but in truth, no one really knew or dared to discover. It was the sort of place no one asked too many questions or expected honest answers and so those patrons with things to hide and enemies aplenty caroused in The Cavern in an uneasy truce. The fire saw all, and so did its current keeper. For now, both the fire and The Cavern had Wolfgang’s undead patronage, and both knew it.

Wolfgang Feuerleiben turned his bright hazel eyes despondently towards the blaze and shivered; as usual, he could not seem to get warm even close as he was to it. This place, generally, was cold, as old buildings often were, even with the impressive blaze. Wolfgang had no internal heat, nor did any of his kind; but habits are hard to shake and even a vampire likes to be warm. Bodies with no inward heat found themselves stiff and slow and it wasn’t like a vampire could bask in the sun. Wolfgang surmised it was a throwback to his human past. Memories faded, became corrupted or were forgotten; it was a curse and a blessing – an elder had told him. Wolfgang considered this – ‘memories went with morality. One could not be haunted if one had no memory of past sins and past transgressions’ the Elder had said. Yet almost all his kind suffered nightmares – or rather daymares and the Vampire Scholar who’d propounded his theory had died raving in a fire of his own making. Driven mad by the guilt of split blood. It was hard to be a monster. And much, much harder to be a monster pretending to be a man.

About the Author
Website-FB-Twitter
Instagram-Bookbub
Amazon-Goodreads
Newsletter
British-born A. L. Butcher is an avid reader and creator of worlds, a poet, and a dreamer, a lover of science, natural history, history, and monkeys. Her prose has been described as ‘dark and gritty’ and her poetry as ‘evocative’. She writes with a sure and sometimes erotic sensibility of things that might have been, never were, but could be.
Alex is the author of the Light Beyond the Storm Chronicles and the Tales of Erana lyrical fantasy series. She also has several short stories in the fantasy, fantasy romance genres with occasional forays into gothic style horror, including the Legacy of the Mask series. With a background in politics, classical studies, ancient history and myth, her affinities bring an eclectic and unique flavour in her work, mixing reality and dream in alchemical proportions that bring her characters and worlds to life.
She also curates for a number of speculative fiction themed book bundles on BundleRabbit.
Her short novella Outside the Walls, co-written with Diana L. Wicker received a Chill with a Book Reader’s Award in 2017 and The Kitchen Imps won best fantasy for 2018 on NN Light Book Heaven.