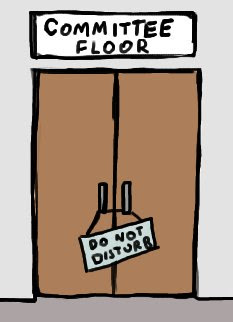 We had 6 entries in this contest, so I spoke to the committee about debating the winner in a single round. Now, I knew that for any one person to get more than 10 of the 20 votes, it would need to be nearly a unanimous decision... which is really hard to get! The Committee of 20 decided to take on the challenge and locked themselves in the committee chambers to debate.

I stuck around to watch the first vote and to me, it seemed like It was going to be Gertrud... as she had an early lead:

I left the Committee to its work. In the meanwhile I ran across Chuck the Woodchuck! He wanted to apologize for all of the mischief that he had caused in the previous contests and wanted to help out with this one. He seemed sincere enough, so I agreed.

A few hours later, I checked back in with the Committee, expecting things to have been decided... but no... they were about 30 rounds into the debate with no clear winner in sight!

Still a very close contest. I went off to go find some lunch for the committee members. They collectively eat tons of Rice Crispy Treats.... Returning with food, the voting was around round 50.

It looked like Buckeye Girl was in the lead this time! The Committee broke for lunch. The whole time they discussed and weighed the merits of each of the candidates. They take their job quite seriously!

After lunch voting continued... After 62 rounds of voting... here were the results: 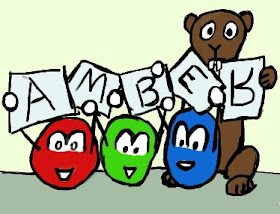 On a side note, I saved the transcript of all 62 rounds of voting. If for some reason or another you have the morbid curiosity of how it went down, contact me and I'll send it to you!
rl337 at 12:57 AM
Share