Play Stephen's theme music! it rocks
Powered by mp3skull.com
Today we have something new! Sheep being so cutting edge and all...any way, we interviewed fantasy author Stephen Zimmer via video. We sent him all our normal questions along with some props <insert evil bleating> and he answers them in a video.


The third book, Spirit of Fire, in Stephen's epic fantasy Fires in Eden series released May 30, 2012. Fans of fantasy need to check out this series because not only do you get a great story, the books include beautiful illustrations by artist Matthew Perry. This is one of the things that sets Stephen's publisher Seventh Star Press apart from others; stunning artwork as part of the books.

Check out the video interview...he got to read the questions ahead of time but the rapid fire he was told not to look at till he was filming. Plus we sent him some props and it will be interesting to see what he does with them...Baaart makes an appearance in the beginning and end. 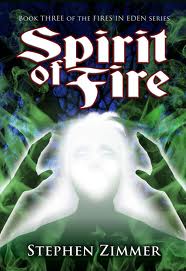 A maelstrom of war engulfs the lands resisting the designs of the Unifier to bring about a new order, of a kind that has never existed within Ave. Battered by a massive invasion force from Gallea, the tribal people of the Five Realms and their Midragardan allies are being driven eastward, towards the sea, while the Saxan lines are wearing down ever thinner on the Plains of Athelney. Time is running out quickly, as an ancient creature of legend soars through the skies with a brave young Saxan. They carry the desperate hopes of two realms sorely beset by a voracious enemy. Diabolic entities conduct a great hunt, as a malignant darkness deepens across all of Ave. The exiles from another world must gain refuge, or find themselves ensnared by the long reach of the Unifier. The very nature of creation itself stands in the balance. It is a time when the honor and fortitude of many are put to the test, and terrible prices are paid for resisting great evils. It is also a time of awakening for many, old and young alike, some of whom may yet discover the spirit of fire that lies within. The third installment in the Fires in Eden series, Spirit of Fire is richly imagined epic fantasy with a diverse ensemble of characters that offers a new world to explore for the readers who enjoy large-scale tales along the likes of George R.R. Martin, Brandon Sanderson, Steven Erikson, and J.R.R. Tolkien. 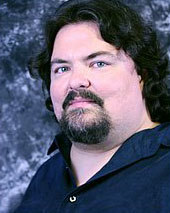 Stephen Zimmer
website-FB-twitter-blog
Born in Denver, Colorado, Stephen Zimmer is an award-winning fantasy author and filmmaker based out of Lexington, Kentucky.


Stephen has two series being published through Seventh Star Press. One is the epic fantasy Fires in Eden Series, which was launched with Crown of Vengeance (winner of the 2010 Pluto Award for Best Novel). Book 2, Dream of Legends, was released in January of 2011. The other is the epic urban fantasy series The Rising Dawn Saga. The Rising Dawn Saga launched in spring of 2009 with The Exodus Gate (nominated for a 2009 Pluto Award). The next step was taken in June of 2010 with The Storm Guardians. Highly prolific, Stephen is adhering to a release schedule that sees a new book approximately every seven months!


As a filmmaker, Stephen has credits in fantasy and horror, including the supernatural thriller Shadows Light (feature), The Sirens (horror short film), and Swordbearer (fantasy short film). Swordbearer debuted in early 2011 and is currently being exhibited on the convention and festival circuit. Featuring a special appearance by former WWE wrestler Al Snow, the film is based upon the H. David Blalock novel Ascendant.

All of Stephen's books can be bought for only
$2.99 for the kindle

1. answer rafflecopter dude's questions
2. tell me something nerdy you own!