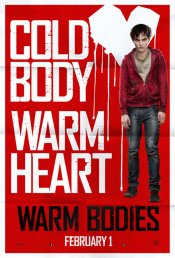 A funny twist on a classic love story, Warm Bodies is a tale about the power of human connection. After a zombie epidemic, R (a highly unusual zombie) encounters Julie (a human survivor), and rescues her from a zombie attack. Julie sees that R is different from the other zombies, and as the two form a special relationship in their struggle for survival, R becomes increasingly more human – setting off an exciting, romantic, and often comical chain of events that begins to transform the other zombies and maybe even the whole lifeless world 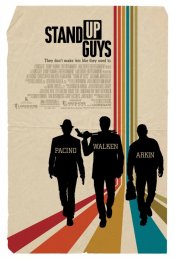 Stand Up Guys
Comedy | Crime
Director: Fisher Stevens
Writer: Noah Haidle
Stars: Al Pacino, Alan Arkin and Christopher Walken
R
Val is released from prison after serving twenty-eight years for refusing to give up one of his close criminal associates. His best friend Doc is there to pick him up, and the two soon re-team with another old pal, Hirsch. Their bond is as strong as ever, and the three reflect on freedom lost and gained, loyalties ebbed and flowed, and days of glory gone by. And despite their age, their capacity for mayhem is still very much alive and well - bullets fly as they make a hilariously valiant effort to compensate for the decades of crime, drugs and sex they've missed. But one of the friends is keeping a dangerous secret- he's been put in an impossible quandary by a former mob boss, and his time to find an acceptable alternative is running out. As the sun rises on the guys' legendary reunion, their position becomes more and more desperate and they finally confront their past once and for all. 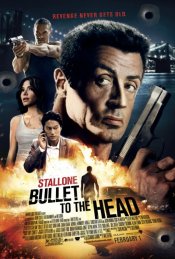 Follows a New Orleans hitman (Stallone) and a Washington D.C. cop (Kang) who form an alliance to bring down the killers of their respective partners.

An unlikely alliance between a cop and a hitman takes place after each watches his partner die. The new partners seek revenge and discover they have a shared enemy and much in common despite being on opposite sides of the law.

The Haunting in Connecticut 2: Ghosts of Georgia
100 min - Drama | Horror | Thriller
A young family moves into an historic home in Georgia, only to learn they are not the house's only inhabitants. Soon they find themselves in the presence of a secret rising from underground and threatening to bring down anyone in its path.
Director: Tom Elkins
Writer: David Coggeshall (screenplay)
Stars: Abigail Spencer, Chad Michael Murray and Katee Sackhoff
R

Girls Against Boys
Drama | Thriller
After a series of bad experiences with men, Shae teams up with her co-worker, Lu, who has a simple, deadly way of dealing with the opposite sex.
Director: Austin Chick
Writer: Austin Chick
Stars: Danielle Panabaker, Nicole LaLiberte and Liam Aiken
R

Baaart says have fun at the movies and turn off your damn cell phones!
Sharon Stogner at 12:00 AM
Share