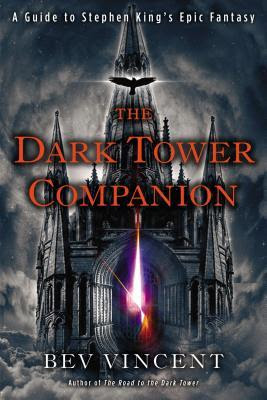 Stephen King’s bestselling multi-volume Dark Tower series is the author’s most inspired and imaginative creation. The story of Roland Deschain of Gilead, the last gunslinger, and his lifelong quest to reach the tower and save humanity across infinite parallel worlds is one that has consumed King throughout his career as characters and concepts crossed back and forth between the series and the rest of his fictional universe. The mythos continues to be chronicled and expanded in graphic novels overseen by King, interactive adventures on his website, a proposed film adaptation, and in a new Dark Tower novel.

The Dark Tower Companion is the ultimate compendium to King’s evolving magnum opus, presenting the mythology, history, and geography of this epic fantasy that has captivated generations of readers. Featuring interviews with Stephen King, Ron Howard, Dark Tower expert Robin Furth and others, Bev Vincent reveals The Dark Tower’s influential literary origins, examines its connections to the vast majority of King’s other novels, explores the expanded universe, catalogs the major characters, locations and concepts, and includes a travel guide to the story’s real-world locations, giving fans who have followed Roland’s journey—or those who are discovering it for the first time—a fascinating overview of the series and an inside look at the creative process of one of the world’s most popular authors.

The man in black fled across the desert, and the gunslinger followed.- Stephen King 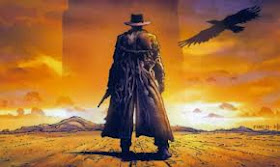 I love the Dark Tower series so you can guess how this review is going to go <G>. I was one of the many readers who waited patiently for each book to come out, wondering if and when it would. It was excruciating! I’ll admit The Dark Tower series isn't for everyone. It is epic in ways non-Stephen King fans can never truly appreciate, but I think this companion guide will give you some idea of the why and how.

Longtime fans and the passingly curious can enjoy this book. It has been a long time since I finished the series and this companion was just the thing I needed to bring it all back and remind me of why I loved it so much. I am not one for rereading anything so it was fun to discover things I missed when I read the series and getting insight into Stephen King’s reasons for writing the series the way he did. If you have just read the first couple of books in the series then this companion will help refresh your memory, cause if you have read some of the books then you know how complex and crazy the Dark Tower world can be. If you haven’t read any of the books then here is a chance to learn a little about the process of writing an epic fantasy that spans over thirty years of an author’s life!

Kudos to Bev Vincent for how he organized the companion and the information he included, especially the information about the status of a movie/TV adaptation. There is also information about the graphic novel series based on the novels and how it came to be. One of the reasons I love this story so much is I felt transported to Mid-World with Roland and his ka-tet every time I opened the book and it stuck with me even after closing it. Stephen King even created a whole new language for his world! Here is a glossary http://www.stephenking.com/darktower/glossary.html because it is just that awesome <G>

Bev Vincent, I bow down to your Dark Tower knowledge and Thankee-sai for putting this together. Long days and pleasant nights…

“I do not kill with my gun;
He who kills with his gun has forgotten the face of his father.
I kill with my heart.” - Roland 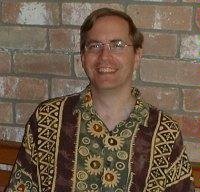 About the Author:
website-FB-twitter
Bev Vincent has been a contributing editor with Cemetery Dance magazine since 2001, writing the News from the Dead Zone column that appears in every issue. He is also the author of The Road to the Dark Tower, the Bram Stoker Award nominated com­panion to Stephen King's Dark Tower series, and The Stephen King Illustrated Companion.
His short fiction has appeared in places like Ellery Queen's Mystery Magazine, From the Borderlands and The Blue Religion. He is a contributing editor with Cemetery Dance magazine and a member of the Storytellers Unplugged blogging community. He also writes book reviews for Onyx Reviews.

He lives in Texas with his wife.