OMG! The Cult of Swag has captured inducted a new member...
Books, Books & More Books
(I wonder what she blogs about?)

Sunday Swag Team!
Riverina Romantics
The Jeep Diva I Smell Sheep
Froggarita's Bookcase Books, Books & More Books
Now you have 5 chances to get your swagger on 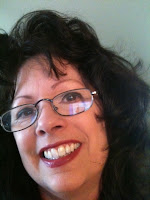 About the Author:
website-fb-twitter-blog
I confess I've had a love affair with vampires for several years now, especially warrior vampires, the kind found in the books of Sherrilyn Kenyon, Lara Adrian and JR Ward. Though I've been published in Regency Romance under the pseudonym Valerie King--and yes one of my Regency Novellas features a vampire--one day I woke up knowing I had to create my own contemporary world of the warrior vampire.

For some mystical, magical reason, early in the process, my vampires appeared with enormous beautiful wings and it has been the most amazing experience to include flight in my novels, in both battle scenes and scenes involving spectacle. My special vampire world, published by St. Martin's Press, is introduced in the first book called, ASCENSION (12-28-2010). The second book, BURNING SKIES (May of 2011), opens up the world a little bit more. And even as I write this, I'm on the final draft of my third novel, WINGS OF FIRE (September of 2011). What a thrill it has been to live with my ascended vampires through the creation of this extraordinary, multi-dimensional world! 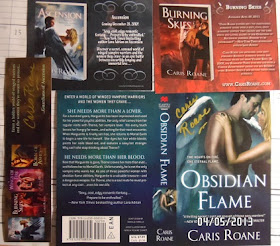 Head over to these blogs and win more Swag!