Soul Kissed (Shadow Kissed #2)
by Erin Kellison
While the world slumbers in Shadow, a fatal plague has swept through magekind. No one is immune to its ravages, and now that her father is dead, Cari Dolan must wield the fearful magic of her House to save innocent lives.

At the mage Council's bidding, dangerous outsider Mason Stray joins forces with Cari to hunt down the fiend responsible. But can he trust the daughter of wealth and privilege, especially when his own son is at risk?

The princess will always welcome to her bed the warrior, even if one must pay the ultimate price.

I can’t honestly say I have never met an Erin Kellison book I didn’t love. Not. One. Once again Kellison has transported me to a world of dark fantasy and passion… you know my happy place. Soul Kissed is the second book in The Shadow Kissed series, which is a spin off from her Shadow series trilogy. I say this in every review of this series; I am completely captivated with the world of Shadow Kellison has created.

Background about Shadow- you can skip this part if you have read the other books (if I got anything wrong let me know!)

The world was once cloaked in Shadow (magic), but it was banished into Twilight, a place between our world and the afterlife leaving the Mages cut off from their source of power. There live the fae creatures of dreams and nightmares. The Order of Angles protects humans from those who try to access and use Shadow. Now Shadow is leaking into our world again and the Mages are coming into their power and they want to bring in the Dark Age where they will rule over humanity once again. One Mage family, the House of Brand (their story is in Book #1 Fire Kissed) has made a shaky alliance with The Order of Angels to stop the Dark Age and the destruction of our world as we know it.

This story, as with all the Shadow books, is the perfect blend of urban fantasy and paranormal romance. I really appreciate the complexity of the story. It isn't a linear. There are many sub-plots layered within and you get POVs from all the characters involved. The PNR element revolves around Mason Stray and Cari Dolan and their forbidden love story. But my favorite parts were the sub-plots involving the insane fae queen, Mad Mab, and Mason’s young son Fletcher. The way these two characters were written was genius. And I love that my favorite characters from the other Shadow books are also part of Soul Kissed giving the story more depth, especially if you have read the previous books in Shadow world.

You don’t need to read the first book to enjoy Soul Kissed, but then you would be missing out on one of my all-time favorite romance couples, Jack Bastian and Kaye Brand. I won’t go into the plot of Soul Kissed because there are some surprises I don’t want to ruin, but like all Kellison’s books, it starts out with an intense opening setting the dark tone of the story, and then lots of action, passion from all the characters. One scene near the end, when Cari makes a sacrifice, packs a hell of an emotional punch.

“He was careful with her hurts and possessive of her secret places, priming with soft strokes that incited recklessness.”

“Maeve crouched, her fingernails lengthening to scratch out the crow’s eyes.
Shadowman.
How she hated him. He’d gone into the service of the Order ages ago, ferrying souls from this world to the great gate of the next. Of course he would take up with the angels at the first opportunity. Fool. No matter how he groveled at their feet, he would never be one of them. No light for him, unless he stole it and ate it.”

“Maeve pushed the girl’s chin up with her thumb. Her head still lolled a bit to the side. “She’s broken.” Ally. Hmm. “Do we shed tears of happiness, or do we weep?”

“His dad was trying to get Cari down from the throne. She was going to need clothes, like right away, because he could totally see her boobs and belly button and down there, too. He’d have to tell his dad that with this and the humping thing, he was officially scarred for life.” 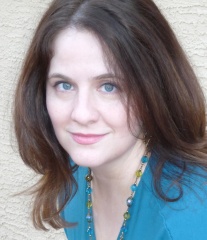