What did you hear me say?! That's right, we have Greek god simmering in the kitchen today. Come on in and see if PNR author Charlotte Gerber make your mouth water. 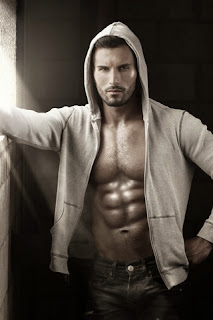 Ingredients:
-One v-cut Greek god that has been muscled to perfection by the military
-Two vivid green eyes that are very appreciative of the feminine form
-A hefty dollop of distrust in zombies


Directions:
-Season to taste with lustful intentions and bring to a boil.
-Gently mix in one well-rounded cup of red hot Rose Lee in high heels, a dash of smoking buxom blonde Leah Smart, and stir gently.

Serve with a side of putrid zombie flesh that has been seared in a flaming hot tool shed until it resembles a russet potato. Garnish with a sprig of jealousy.

Cook’s note: It is ill-advised to use black pepper as a seasoning in this recipe.

While the coffee maker was perking away she wandered back upstairs and headed into the shower. A nice cool shower is just what I need, she thought. She got the shower running and waited until it was just lukewarm before getting into it. The cool water jolted her awake just enough so that she could wash her hair. Despite her arms not wanting to cooperate, she managed to finish washing her hair with her favorite lavender and mint shampoo. Under normal circumstances that was enough to wake her up, but she still couldn’t shake off the groggy feeling.

That was until Alex made an unexpected appearance.

The door opened and closed, and for a moment she thought it was Jesse wanting to use the bathroom. Then she heard a deep voice and she knew it wasn’t him.

“Hey, I just needed to use the restroom for a moment, okay?” he yelled over the sound of the shower.

Rose froze in place. The guy she wasn’t entirely sure about was now in her bathroom while she was standing naked in the shower five feet away. Panic set in.

“What the heck are you doing in here?” she yelled.

“I told you, I’m using the bathroom,” he called back nonchalantly.

She peered around the shower curtain and wiped the water out of her eyes. “There’s a bathroom in the basement you know,” she said angrily.

“No, I didn’t know. It isn’t like you gave me a tour of the place. I just followed the sound of the water.”

“I’d like to finish here, if you don’t mind,” she said tersely.

“I’d like to help you finish. Is there room for two in there?” he asked, flashing her a wicked smile.

Rose stared at him in disbelief. She hardly knew him and yet he was proposing she should take a shower with him. “Get out!” she yelled.

Alex walked up to the shower and stood over her. He was at least six-inches taller than she was. He leaned over and looked at her behind. “Not bad,” he said. Rose could feel the anger welling up in her and her face felt hot. She waited until he was a few feet away before throwing her wet washcloth at the back of his head.

“Good shot kid,” he said before grabbing the washcloth and lobbing it back at her. “See you downstairs,” he said smiling, and then he closed the door.

Rose stood there, gaping at the closed door. “The nerve,” she said. While the shower hadn’t really done the job of waking her up, the confrontation had. Not only was she wide awake, she was hopping mad. I Dream of Zombies
Genre: (Mystery/Humor/Romance)
Book Length: 194
Being a zombie counselor was not Rose Lee’s dream job. However, there was a growing need for people who were willing to work with clients that smelled bad, were falling apart, and had a propensity for bad behavior. She decided to put her college degree to work, and try to help out her fellow man, or rather fellow zombies.

When Rose meets a soon-to-be zombie waitress at the Crispy Biscuit, things go from bad to worse. She tangles with zombie landlords, zombie hunters, undercover zombies and mercenaries, just to name a few.

Rose tackles all of her problems straight on, whether she is taking out a thug in the supermarket parking lot or saving a cop’s life at the playground. She battles the dark underbelly of post-apocalypse Hornellsville, and proves that she is more than just a pretty girl named after a famous stripper. 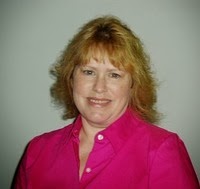 About the Author:
website-FB-twitter
Charlotte Gerber became a full-time writer in 2004. She has written for numerous websites, most recently for the New York Times subsidiary, About.com on their Disability channel.

Her first published book was Murder in Middleton. It was first published in 2007 by Lulu.com. The second edition was published through Amazon.com. It was originally written for a young adult audience, but it has found fans among adult readers as well.

The most recently published work is I Dream of Zombies. It is book one in the Rose Lee's Zombie Adventures series. The main character is Rose Lee, a zombie social worker living in post-apocalypse Hornellsville, NY. She is a take-charge kind of gal who drives an antique Cadillac and knows how to take care of herself in dicey situations.

Several books are planned for release in 2014. These include Curiosity Killed the Cat and Zombie Asylum, the second in the Rose Lee's Zombie Adventures series.