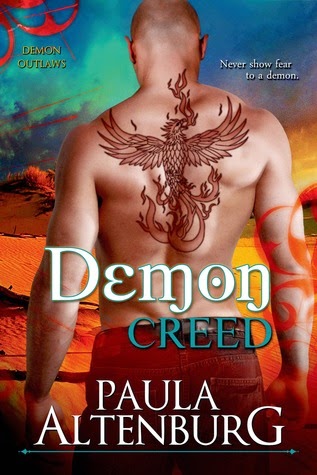 As a highly skilled assassin, Creed is used to being called upon by the Godseekers for help. But in a world just recently rid of demons, the task to now track down half-demons isn't as easy as it seems. Not only is Creed himself a secret half-demon now going against his own kin, but when he discovers numerous innocent children are being kidnapped in the mountains, he second guesses his mission. Justice should be for all, not just for demon spawn. Living in a world of cruel men, Nieve has no memory of her life before her enslavement. But when Creed comes around asking questions about missing children, the memories of her half-demon son - and the demon who tricked her - come flooding back. Now, Nieve will do anything to get her son back...even if it means putting her trust in Creed. Together they set out to find the Demon Slayer who can help them. Little do they know the demon who fathered Nieve's son is also searching for Nieve, and he's teamed up with the kidnapper to draw her out. Creed and Nieve must race against the clock to save the children, their hearts, and the world. 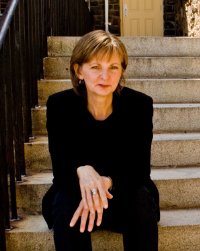 About the Author:
website-FB-twitter
Paula Altenburg lives in rural Nova Scotia, Canada, with her husband and two sons. Once a manager in the aerospace industry, she now enjoys the freedom of working from home and writing full time. She currently writes demon westerns for Entangled Publishing.
Paula also co-authors paranormal romance under the pseudonym Taylor Keating.

GIVEAWAY
Paula is giving away a 5 e-copies of The Demon’s Daughter!
Terms & Conditions:
By entering the giveaway, you are confirming you are at least 18 years old.
5 winners will be chosen via Rafflecopter to receive each of the prizes
This giveaway begins May 26 and ends on June 6.
Winners will be contacted via email on June 7, 2014.
Winner has 48 hours to reply.
click on this link
http://www.rafflecopter.com/rafl/display/1cb554373/
Sharon Stogner at 12:00 AM
Share