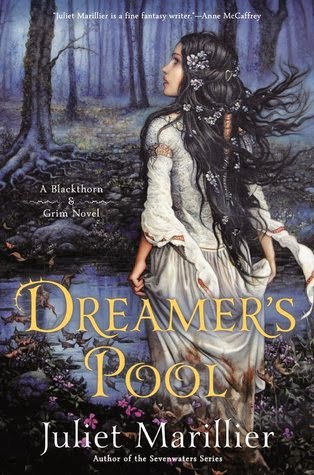 Hardcover, 448 pages
November 4th 2014
by Roc
Award-winning author Juliet Marillier “weaves magic, mythology, and folklore into every sentence on the page” (The Book Smugglers). Now she begins an all-new and enchanting series that will transport readers to a magical vision of ancient Ireland...

In exchange for help escaping her long and wrongful imprisonment, embittered magical healer Blackthorn has vowed to set aside her bid for vengeance against the man who destroyed all that she once held dear. Followed by a former prison mate, a silent hulk of a man named Grim, she travels north to Dalriada. There she'll live on the fringe of a mysterious forest, duty bound for seven years to assist anyone who asks for her help.

Oran, crown prince of Dalriada, has waited anxiously for the arrival of his future bride, Lady Flidais. He knows her only from a portrait and sweetly poetic correspondence that have convinced him Flidais is his destined true love. But Oran discovers letters can lie. For although his intended exactly resembles her portrait, her brutality upon arrival proves she is nothing like the sensitive woman of the letters.

With the strategic marriage imminent, Oran sees no way out of his dilemma. Word has spread that Blackthorn possesses a remarkable gift for solving knotty problems, so the prince asks her for help. To save Oran from his treacherous nuptials, Blackthorn and Grim will need all their resources: courage, ingenuity, leaps of deduction, and more than a little magic.

Blackthorn is a magical healer who has been wrongfully imprisoned in the worst of all places. The only thing keeping her alive is her longing to right a wrong. When it seems her time in prison may never come to an end, she makes a deal that wins her back her freedom. However, it puts her in the debt of the person who helps her. Bound by a promise for a period of seven years, Blackthorn is forced to work as a healer in Dalriada and help anyone who asks for her aide during that time.

Grim, who was imprisoned with Blackthorn, feels it’s his duty to protect her. He takes it upon himself to follow Blackthorn and eventually becomes her traveling partner and friend. When they reach Dalriada, Blackthorn settles in under the watchful eye of Prince Oran, whom later enlists Blackthorn’s help.
Blackthorn is an angry woman who is trying to find her way back to some form of a normal life. Or as normal as it can be as she waits for the day that she can seek vengeance on the man who imprisoned her in the first place. As you learn more of her story, you can’t help but understand her need for revenge. Grim, who is also a bit of a mystery, turns out to be the perfect companion for someone as torn apart inside as Blackthorn. Although there is no romance, their relationship is a complicated one as they rely on each other just to survive. Furthermore, they work together to unravel Prince Oran’s mystery and to right a terrible wrong.
The ending wasn’t much of a surprise but that didn’t detract from my enjoyment of the book. The tale was interesting and the characters were complicated, making it a very enjoyable read. It covered some darker topics and that really stuck with me after I was done. I will definitely be reading the next book when it comes out.
5 Healing Sheep 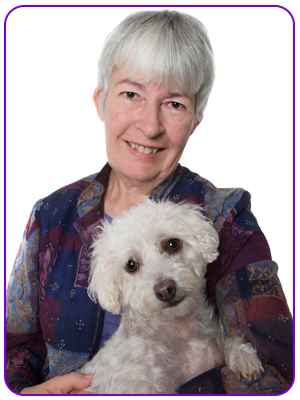 About the Author:
website-FB-Goodreads
Juliet Marillier was born July 27, 1948 in Dunedin, New Zealand and grew up surrounded by Celtic music and stories. Her own Celtic-Gaelic roots inspired her to write her first series, the Sevenwaters Trilogy. Juliet was educated at the University of Otago, where she majored in music and languages, graduating BA and a B Mus (Hons). Her lifelong interest in history, folklore and mythology has had a major influence on her writing.

Juliet is the author of seventeen historical fantasy novels for adults and young adults, as well as a book of short fiction. Juliet's novels and short stories have won many awards.

Juliet lives in a 110 year old cottage in a riverside suburb of Perth, Western Australia. She shares her home with a small pack of waifs and strays - she is a foster carer for an animal rescue group. She has four adult children and six grandchildren. Juliet is a member of the druid order OBOD (the Order of Bards, Ovates and Druids.)