So, since Darkness Within deals with ghosts and stuff, a lot of people want to know if any of it is based on true events. The answer is…yes.

Though it didn’t happen to me.

Some of the scenes in Darkness Within where the presence is, actually happened to a friend, Joe Bowers, and my brother Tom McCray. Now, I’m not saying I haven’t had anything creepy happen to me, because I have. I just didn’t put them in the book.

This first experience isn’t too creepy, but my husband and I were sitting on our sofa watching a movie, and we heard one of our boys walk down the stairs and stop at the door. Pausing the movie, we turned and looked at the door, waiting for it to be opened. When it didn’t open, my husband got up and went to check to see which kid it was and what they were doing.

No one was there.

We live in an old 1800’s house, if you go up or down the stairs, or even walk in a room, you can hear it through the whole house, and so if our child was to go back upstairs…we would have heard it.

This next one is the one who really freaked me out.

It was a Saturday morning and I woke up to see my husband off to work. About twenty minutes after he left for work, my oldest son comes down. He looked at me and said “Where’s daddy?” I asked him what he meant and he proceeded to tell me that he just saw his daddy sit up in my bed and stare at him as he walked past the room.

The bed I had just gotten out of. But his dad had just left at work. So apparently my son saw some creepy ghost guy sitting in my bed. That wigged me out for a while.

I’ve had experiences since I was a child, way too many to ever tell people. Nothing nearly like the scenes in Darkness Within though. 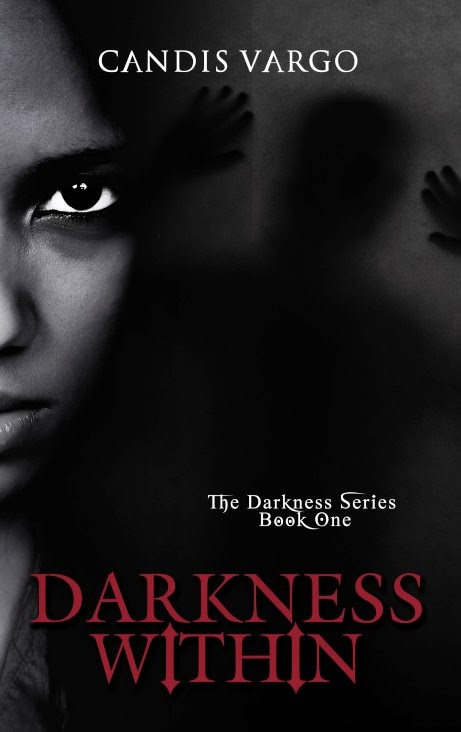 Darkness Within
The Darkness Series
Book One
Candis Vargo
Genre: Paranormal Thriller
Publisher: Limitless Publishing
Date of Publication: March 10
Tragedy strikes the Roseburg family and leaves Mike struggling to help his wife, Mia. After losing their only child in an accident, Mia is far from emotionally distraught…instead, she continues on like their son is still alive.

Four months passed since the accident…

Mike begins to work with a psychiatrist to help his wife with her delusions when a darkness begins to haunt them. As this dark presence becomes violent, making itself known, Mike wonders if the illusion of their child that his wife is seeing is something far more demonic.

With the dark force looming over them, Mike is left questioning his own sanity as he tries to unravel what is real and what is not.

Something is dreadfully wrong.

Chapter 1
The force of the impact with the truck thrust the Jeep forward, throwing Mia deep into her seat as they went nose first into a ditch. What was left of the back of the jeep rolled up over the front. It continued to flip over several times before seeming to levitate in the air after rolling off the embankment. It felt like an eternity, the world moving in slow motion, before it smashed against the icy cold river sending shards of glass and ice throughout the vehicle. As it slowly began to sink Mia automatically reached down to unbuckle herself. After struggling to free herself from the seat belt she reached back for her son.

Her long, dark hair floated through the thickness of the icy water and streams of blood swam around her face. As she turned around everything became hazy and the darkness fought to take away her control. A panic began to set in as her heart raced. She needed to get back to Eli, to unbuckle him…she needed to save her son.

Being a mother she couldn’t care less if she was hurt, she just needed to save her son. Like a tiger protecting her young, it was a mother’s first priority.

As she tried to move into the back seat she reached out to Eli again.

He gently placed his outstretched hand into hers. His eyes, so soft and gentle, stared into his mother’s, whose were full of pain and fear for him. He smiled his sweet innocent smile as if telling her that things were going to be okay.

It was the end of February, a time the weather was supposed to be warming up as it was readying for spring. Supposed to…but of course it wasn’t.

Mia had been trying to avoid what happened. Just moments ago she was talking to her husband on the phone through the Bluetooth she managed to con him into installing, stating that she was going to wait for the storm to pass.

“Hello,” Mikes groggy voice had echoed through the car.

Mia had angled her rear view mirror down to look back at Eli. She placed her index finger in front of her mouth to shush him but smiled underneath it.

Eli puckered his lips out and grabbed them with one hand to keep himself from talking as he gave her a thumbs up.

“Yeah, it’s snowing like crazy.” Mia took her time as she drove. She was never a fan of the winter weather and only liked snow on Christmas Eve and

Christmas Day, any time before or after that she’d prefer it be seventy degrees and sunny. “We’re going to be late for dinner. I think I’m going to pull over when I can manage to even see anything so I don’t slide into a damn ditch.”

When Mia left to pick Eli up from preschool there were just a few flurries floating in the icy wind. Now it had come to near white out conditions, causing her to curse winter even more.

“All right, just take your time and watch out for the crazy people out there. And I came up with an awesome idea for big man’s birthday party. Turning the big five soon, eh, buddy.”

Mia looked in the mirror and saw Eli’s deep brown eyes light up. He hopped up and down in his booster seat with excitement. “Do I get a guitar,

“You’ll have to wait and see, buddy, but I better let you guys go so you can get home. Maybe this snow will be good enough to take you snowmobiling later.”

Mia rolled her eyes and shook her head in frustration. “See you when we get home.”

She was still upset with him over what had happened the night before. She could swear that sometimes it seemed like he’d rather be anywhere but where the man of the house should be at night…home. Gender roles were never really her thing, but to her it always seemed like the man did a better job of protecting the family from intruders.

“Stay safe,” Mike said before he hung up.

After Mike hung up Mia had slowed down even more, trying to find a place to pull over before she got anywhere near the upcoming bridge that crossed the river. She wanted to be out of the way of any oncoming traffic but with the snow falling as hard as it was, it was nearly impossible to see anything.

After a few more minutes of driving the snow let up ever so slightly, enough for her to spot a place where she could pull over. Slowing down to a near stop, she started to turn the wheel.

The distinctive sound of a big rig's horn snapped her attention to the rear view mirror, still angled for her to see Eli. She snapped her head to the right side mirror and saw a tractor trailer turned sideways, sliding towards her. Her heart raced as she pushed the gas pedal, trying to get out of the way as fast as she could. The wheels seemed to turn in pace and the air horn blared again, but was drowned out by the screeching of metal as it collided. 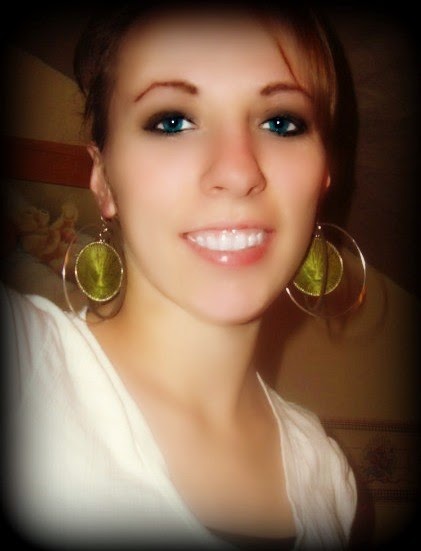 About the Author:
Facebook -Twitter-Goodreads
Growing up on an old dirty road in the middle of nowhere, as a child Candis used her love for books as a way to escape reality (and her brother constantly trying to kill her—literally). She blames her love of all things Horror on being born on Friday the 13th and will always find joy in scaring her friends.

You will find a little piece of her in every book she writes. She loves a good happy ending, but most of the time she prefers one she never saw coming.

When she’s not writing or reading, she can usually be found chasing her children around. She currently lives in Rome, Pennsylvania with her husband and three children. And her fat cat.
Sharon Stogner at 12:30 AM
Share