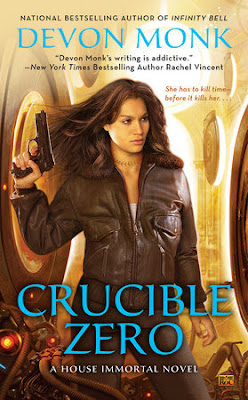 
The national bestselling author of Infinity Bell returns to her “fresh and unique”* world where the truce between the ruling Houses has shattered and chaos now reigns. Only one woman has the power to save the world—but she could also destroy it...

Matilda Case never thought of herself as a hero. But because she is galvanized—and nearly immortal in her stitched, endlessly healing body—she doesn’t have much of a choice. Even if she doesn’t want to save the world, she’s the only one capable of traveling in time to do so.

But her rescue attempt hasn’t gone as planned. She’s stuck in an alternate universe, and her world is in danger of disappearing. Worst of all, an unfathomably powerful man who can also travel through history doesn’t want her to put things to rights. He’s willing to wage bloody war to stop Matilda, unless she surrenders control of time to him.

Now, with the minutes ticking, Matilda must make impossible decisions, knowing that one wrong choice will destroy her—and any chance of saving everything she loves...
amazon

Being stitched is not easy, especially when you are not exactly immortal and a dangerous man is trying to kill you. There are not many stitched aka Galvanized people, in fact you can barely count them on two hands. Galvanized were once heroes in their time. The problem is, this is a different time. Matilda Case seemed to have traveled through time but not an actual time and day more like a parallel universe. The people are the same but they also are not. Not even Matilda Case was the same.


In this time there were beasts, the plague and machines such as computers seemed to have been wiped out. The man who is trying to kill Matilda has not changed, he still wants power and full control over all the houses. She has to stop him and put things right. She has no choice no one else can travel. If she managed to kill him, which time is the right time, does she get to choose which time she stays in? The man she loves is in both times, one remembers her one does not, however in both times regardless, the sparks fly.

I have been following The Immortal series from the beginning. What an interesting concept, I love it. The characters are very well written, each brings their own unique story and balance throughout. I would like to know more about each but can’t pick which one because again they all bring a little something. I highly recommend, you will not be disappointed. 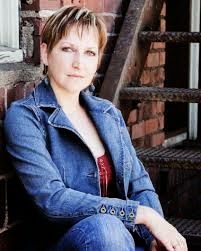 About the Author:
website-FB-twitter-tumblr
Devon Monk has one husband, two sons, and a dog named Mojo. She writes the Allie Beckstrom urban fantasy series and the Age of Steam steampunk series, knits silly things, and lives in Oregon.
Sharon Stogner at 12:00 PM
Share