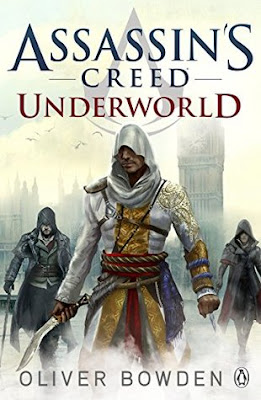 A disgraced Assassin. A deep-cover agent. A quest for redemption.

1862, and with London in the grip of the Industrial Revolution, the world's first underground railway is under construction. When a body is discovered at the dig, it sparks the beginning of the latest deadly chapter in the centuries-old battle between the Assassins and Templars.

Deep undercover is an Assassin with dark secrets and a mission to defeat the Templar stranglehold on the nation's capital.

Soon the Brotherhood will know him as Henry Green, mentor to Jacob and Evie Frye. For now, he is simply The Ghost.

Six years before the start of Assassin's Creed Syndicate we are introduced to Ethan Frye (Father to twins Jacob and Evie) and his student Jayadeep Mir who will later be given the moniker "The Ghost".

Underworld is broken into 3 parts, Parts 1 and 2 are the history and set up for Ethan and Jayadeep working together in an attempt to stop the Templars from gaining an artifact from the Frist Civilization.

Part 3 is focused on Jayadeep and the Frye twins, which is the main focus of the game Syndicate.

I had a bit of a struggle getting into this book, it was difficult to get a grasp an actual time line. It was hard to tell if it was a current part or a flash back, until you were about 4 or 5 paragraphs in. There were a few too many characters at times and that made it difficult to follow what was going on. For example, 3 Goons, Hardy and The Other Hardy.

There is one character in the book that I did like, Frederick Abberline, who starts off a Constable and the nickname "Fresh Face Freddie". He is that one cop that does everything thing by the rules, but as he gets more involved with the incidents going on in London he learns that the rules are not always right. Later on , Frederick becomes a valuable asset.

If you are a fan of the Assassin's Creed video game series I'd say check out this book and the others in the series.. If you are even curious about the games and don't want to pay the price of the game itself, check out the books. 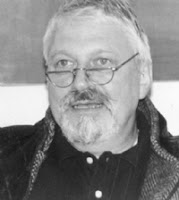 About the Author:
website-FB-amazon
Anton Gill (aka Oliver Bowden) has been a full-time professional writer since 1984, and in the course of the last 27 years he has published 35 books. Gill was born in Ilford, Essex, the son of a German father and an English mother, and grew up in London. He is an acclaimed novelist and Renaissance historian currently living in Paris, France. Bowden has written novelizations of several of the Assassin's Creed console games.

Oliver Bowden is a pen-name (a pseudonym adopted by the author) in order to hide his true identity. However, his profession and location are accurate.
According to Bowden's interview with UbiWorkshop, he is an avid gamer and gains much of his inspiration for character development throughout the writing process from playing the Assassin's Creed series.
Sharon Stogner at 12:30 AM
Share