D. A. Roach guest post and excerpt: What’s a Con and Why Should You Attend One? + giveaway

What’s a Con and Why Should You Attend One?

This spring, a fellow author messaged me and said, “You have to go to UtopYA Con. I hear it’s an amazing conference for Young Adult authors.” I thought that sounded like something that might interest me, afterall I am a Young Adult author. I had never attended any kind of book con, either as a reader or author and was curious about it.

UtopYA Con was held in the Millennium Maxwell House Hotel in Nashville, TN this June. Bloggers, authors, readers, editors, and even publishers congregated to hear panelists chat about topics from overcoming chronic depression to how to find a literary agent. There were bookmarks, books, keychains, t-shirts, giveaways, and even two hot male models. These things are apparently typical of a Con. For me, it was a chance to experience a part of the book world I had yet to experience.

But what would I get out of the Con? I’m already in the book world and interact with authors, readers, publishers, editors, and more on a regular basis, would it be worth the $600 I’d put out to attend the Con and host half a table? I took the leap and gave it a try.

I enlisted the help of my not-bookish mother to be an extra set of hands. She gladly agreed, especially with the chance to explore Nashville in our down time. We arrived, set up our table and checked in to the hotel. The next day we took our places and watched the wonder unfold. We were positioned in an aisle with some wonderful authors whom I had never heard of or met before. We quickly got to know each other and became friends as we laughed, conversed, and supported each other.

For me, the Con was well worth the money as I got something invaluable from it...face to face interaction with people I had met online as well as new people. There is something to be said for impromptu conversation with people. It’s a chance to get to know more about a person than texting or messaging affords. In all the time of chatting online with my author friend (the one who urged me to go to the Con with her), I had no idea she was deaf. But after a few interactions, I realized I had been mispronouncing her name. I apologized and she smiled and said, “It’s okay, I’m deaf and read lips. Honestly, it looks the same to me so I answer to either name.” What? Wait. I had no idea she was deaf. Not only did I learn something new and personal about my friend, I found I felt closer and more connected with her after our experience at the Con.

If you have a chance to attend a book Con, do it. You may find, as I did, that the people in attendance are fun, like-minded, and genuinely entertaining to speak with and get to know. 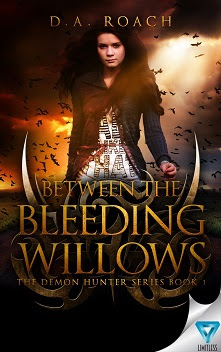 At the end of her senior year, her boyfriend, Jace Peters, was killed in a car accident, and her grandmother died only weeks later of a heart attack. Emotionally lost, Cassidy desperately searches for an heirloom her boyfriend was wearing in the crash—her mother’s gold ring. But during her search, Cassidy discovers more than her ring.

She finds a gate to the Demon Realm….

A battle is brewing, and Killian—head of the Demon hunters—preps his Clan for the approaching conflict. They’ve been working to secure the gate between his realm and the mortal world. But it’s been nearly impossible since Rya—a voracious demon on a quest to expand her power—devoured the soul of his Clan’s necromancer. Now Rya is possessed with the necromancer’s powers and she may break through the gate at any moment.

When Cassidy accidentally crosses into the Demon Realm, Killian can’t understand how a human girl survived the transition. Now he has to find a way to return her to her own world, or risk her being caught in the crossfire, which is a complication he definitely doesn’t need. Once back in the Human Realm, Cassidy readies herself for battle. She signs up for Krav Maga classes, where she meets Tyler Romaitis—a handsome, tenacious, humble guy. He seems almost perfect, but nothing is ever that easy.

And as the balance between good and evil shifts, Cassidy finds herself—and her ring—at the heart of the conflict for the survival of mankind.


Excerpt:
I had no idea where the path would lead me, but I told myself I’d be fine as long as I did not veer from it. The insects hiding in the foliage sang their quiet night songs, and fireflies began to twinkle in the shadows, trying to convince me I made the right choice and would be safe. On the contrary, the trees seemed to reach out for me, unashamed of their menacing appearance. I walked carefully to keep my noise down, not wanting to draw attention to myself or scare off the voice I heard.

The path continued some ways before it joined with a clearing dotted with headstones. Blaylock Grove Cemetery. The headstones were in ruins, kicked over by vandals, no longer marking where the dead were buried. Weeds grew around the grave markers, and fallen branches cluttered the ground. What the hell was the deal with this place? There was a bad vibe here.

I crouched next to a headstone and Googled Blaylock Grove Cemetery. Wikipedia said it was a small abandoned cemetery that was known for its ghost sightings and haunted reputation. My arms got goosebumps, but I continued reading through a few sites. Some believed that the spirits were restless and angry because of the disrespect for their final resting place. In the 1950s, it became a place where couples would come to make out. There was also an increase in vandalism, and it was around this time when the burial ground became known as “haunted.” In the early 1900’s a mob boss and his goons were rumored to have dumped their victims’ bodies into the lagoon at the edge of the cemetery. I looked around and saw a clearing in the tree­line ahead; the moon shimmered off of what must be

the lagoon. The image gallery showed photos of the grounds in daytime and with infrared film. Looking at the images only made me feel even more unsettled.

“Jace,” the female voice whispered to my right in a seductive tone. I stood frozen in one spot, staring in the direction of the voice, staying as silent and statue­like as I could. In my periphery, I saw a shadowy figure walk across the clearing toward the voice. I couldn’t make out a face so I stood and followed it, hoping for a closer look. In my haste, I snapped a branch beneath my foot.

The figure turned toward me. His mouth twisted in a snarl, and his eyes were solid black. Despite these deformities, the face was familiar. My heart and mind warred with each other. Instinct told me to get the hell out of there, but my heart still thrummed for the guy who had captured it four years ago.

Jace Peters was a good guy, not evil like the demon before me.

The sound of fast footsteps and cracking branches gained on Jace. I looked to the sound. In the dim moonlight, I could only see a large, dark figure running at full speed. Jace took off and darted between two giant willows at the edge of the cemetery. The dark figure dove at him—and they both vanished before they hit the ground.

I grabbed my backpack and ran to the willows, but there was no sign of them. I ducked under the weeping branches and studied the base of the tree, searching for any clue. I grabbed the trunk to steady myself, but quickly retracted my hand when I felt the wet sticky liquid. Using my phone light to illuminate, I found the willow trunk coated in a dark sap. Putting my soiled fingers to my nose, I could not smell a thing. I touched my tongue to it, and tasted the metallic warmth of blood. Shining the light up the tree top showed me the streaks started as high as I could see and ran down to the roots. I walked to the other willow and found it also oozed blood. The leaves and branches were unremarkable; only the trunks were affected.

Trees didn’t bleed, so what was going on here? Maybe this place really was haunted. Had I witnessed two apparitions tonight, one being my dead ex­boyfriend?

Why was I blaming this on mystical things? I had never believed in ghosts and I always thought those Ghosthunters shows preyed on gullible people. Well, I wasn’t a gullible person, but I sure as hell saw two figures disappear right before my eyes tonight.

I needed to get out of there and get home. After I wiped the blood on the weeds below, I grabbed my backpack. Stepping out from beneath the branches onto the path between the bleeding willows, I began falling…down…down…down… 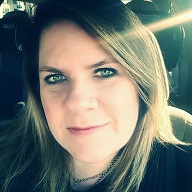 About the Author:
website-FB -twitter
Book Gorilla
amazon author pg
D.A. Roach has been telling stories since she was a young girl in the suburbs of Chicago. In college she met the man of her dreams, her happily ever after, and married him 2 weeks after graduating. They have 3 kids together and a pet cockatiel named Gimli. D.A. did not find a love for books until after college. Her parents were immigrants from Lithuania and found tv and radio easier ways to hear stories so they did not do much reading or encourage it. But once she finished college and D.A. had free time, she discovered how amazing it was to get lost in a story.

D.A. is a full time mom and wife. When she is not doing domestic things (laundry, bills, etc) she is writing, reading, creating mixed media art, and helping beautify her kids' school landscape. Oh, and she is ALWAYS listening to music. Her favorite authors include Rebecca Donovan, Richelle Mead, Larissa Ione, Stephanie Meyer, E.L. James, and Sylvia Day. Reading great works from authors like these has motivated D.A. to write her own stories. She hopes to make positive changes in the world with her art and writing.

"Life isn't about finding yourself. Life is about creating yourself."
— George Bernard Shaw


2 signed copies (US only) of Between the Bleeding Willows
a Rafflecopter giveaway
Sharon Stogner at 12:30 AM
Share