Interview: Jane Yellowrock and Bruiser talk about their song..."Blindsided"

We’re happy to have two famous characters here today at I Smell Sheep, Jane Yellowrock and George Dumas—better known in some circles as Bruiser. They agreed to drop by and answer a few questions about a certain song from one of the books in the Jane Yellowrock series (Shadow Rites).

Sharon: Hello, Bruiser and Jane. So happy to have you two here today! So. Who discovered the song "Blindsided"?

Bruiser: Oh. You’re talking about the song I was listening to in SHADOW RITES when Jane came to visit. The Roddy Rockwell tune. I’ve been around New Orleans a long time. Roddy Rockwell has been playing clubs and juke joints forever. Although band members always come and go. I introduced Jane to their music that night. (Sounding very manly:) I think she liked it.
Jane: (Gets a dreamy look on her face.) Yeah. Bruiser was playing this number by Roddy Rockwell called "Blindsided". Trips my trigger.

Sharon: So, Bruiser, was this song based on Jane?
Bruiser: It should have been. It’s almost a blow-by-blow account of my first encounter with Jane. (He looks sideways at Jane, a small smile playing along his lips.

Sharon: First encounter? What happened?
Bruiser: She opened the front door of Katie’s Ladies, flipped me over, and pinned me to the floor. Blindsided me. (Bruiser takes Jane’s hand.)
Jane (fighting a blush): Well, to be fair, you did you did pull a knife on me.
Sharon: He pulled a— (Looks at lyrics and reads,) ‘You stepped out from the darkness, a stranger to my eyes…a' Huh. And yet you two are together now? Interesting. And frankly kind of weird.

Sharon: Do you dance to it? Where?
Jane: You’ll have to wait and see that in the next few books. The writer doesn’t tell me anything. But I’m hoping she lets Roddy Rockwell play and me dance in The Royal MoJo Blues Company. I love that place and it’s been ages since I got to dance there. And they have the best wings!

Sharon: Is this the type of song you normally listen to?
Bruiser: Like I said, I’ve been around this city a long time. Seen musicians come and go. I like all kinds of music, and that’s one reason I like the band. You never know what you’ll hear from Roddy Rockwell. They aren’t locked into a particular genre. I even heard them play reggae once.
Jane: Until Bruiser introduced me to their music I had never heard of them. I like seventies rock and roll, some soul, R and B, and some dance music. But there’s something about Roddy Rockwell that I like.

Listen to a Sample of BLINDSIDED
https://www.youtube.com/watch?v=QQMNbFBcpKw 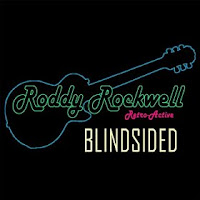 BLINDSIDED is available in its entirety at all popular download outlets including iTunes, Cdbaby, Spotify, Rhapsody, Amazon, etc.
amazon link

Recorded by RODDY ROCKWELL. From the album RETRO-ACTIVE. 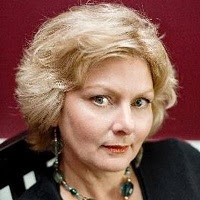