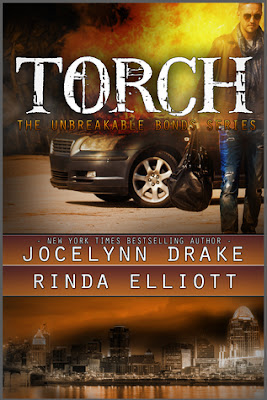 Kindle Edition, 322 pages
October 25th 2016
Nine months ago, Rowan Ward thought he had it all. Now he's fighting to pull his shredded life together, buried in work and battling the kind of grief that destroys a man's soul. When fires spring up around Cincinnati threatening Rowe's friends and clients, he's thrilled to find his old Army buddy, Noah Keegan in town. They were a hell of a team when they served together, so in-sync, it was rumored they could read each other's minds.

Noah thought devoting his life to the Army would be enough. Then he realized he had no family and only one friend he cared about. When his enlistment was up, he found himself standing on Rowe's doorstep, looking only for friendship but secretly hoping for more. He needs to know if their one unbelievable night together years ago wasn't a mistake.

Caught in a dangerous game of fire and bullets, neither expects the inferno of emotion that ignites between them. One Rowe isn't prepared to accept. One that could break Noah.
amazon

I've been following this series since the beginning. The Unbreakable Bond series is a m/m romantic suspense. We don't normally review that genre here, but I was a big fan of Jocelynn Drake's urban fantasy series Dark Days and I'm loyal :)

This series is about four friends who are more like brothers to one another. So far, Lucas and Snow have found their HEAs. This is Rowe's book. Unbreakable Bonds is a romantic suspense series so there are two distinct plots: The romance and...you got it! The suspense/mystery. The authors have do a great job of giving both page time...though they may skew slightly to the romance part (duh!). I can't talk about the mystery that must be solved by the guys, but it is a continuation of the series arc. I was caught off guard at the turn of events in this book. The authors are not afraid to go to the dark side in this one.

The romance plot was predictable. While Rowe is the character I connected with the least (of the four guys), it was the man from his past, Noah, that grabbed my attention...RAWR. Talk about perfect...I wanted to smack Rowe on the back of the head so many times <G>.

It appears Ian's story will be next *happy dance*. He is the youngest of the group and treated like a fragile baby brother. And he might be getting a bit tired of that <G>. Ian's past is what ignited all the trouble the guys have been having and it is time to take care of it once and for all.

Note on how brilliant the title is:  Torch applies to the mystery and the romance side of the story. There is an arsonist (that one is pretty obvious). Noah's unrequited love is the other (carrying a torch for Rowe). 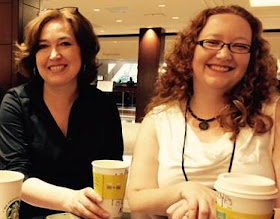 I’m an author who loves unusual stories and I credit growing up in a family of curious life-lovers who moved all over the country. Books and movies full of fantasy, science fiction and romance kept us amused, especially in some of the stranger places. For years, I tried to separate my darker side with my humorous and romantic one. I published short fiction, but things really started happening when I gave in and mixed it up. When not lost in fiction, I love making wine, collecting music, gaming and spending time with my husband and two children.


Love comes in many varied forms. There is the love of family, love of country, and love of chocolate. But for Jocelynn Drake, one truly treasured love is the love of a good story. This former Kentucky girl spends the majority of her time lost in the strong embrace of a good book. When she’s not hammering away at her keyboard, frowning at her monitor, or curled up with a book, she can usually be found cuddling with her cat Demona, walking her dog Max, or flinging curses at the TV while playing a video game. Outside of books, cats, and video games, she is completely enamored of Bruce Wayne, Ezio Auditore, travel, tattoos, explosions, fast cars, and Anthony Bourdain (but only when he’s feeling really cranky).

She is the author of the urban fantasy series: The Dark Days series and the Asylum Tales. She also occasionally writes as Joy Douglass when she’s in the mood for a little historical romance. She can be found at JocelynnDrake.com.