What do you do when the King of Evil comes to dinner? You pray he's merciful to you. You've got what he wants. Everyone you know and love is gone, and you can't call for help. He wouldn’t let you if you could.

Of course I'm only able to tell you this secondhand. While I was dealing with the screamers, Mr. and Mrs. S had the King to deal with. I told her if I ever came to New Orleans I'd come see Cindy and her husband, Jack. She was my physical therapist after my accident. I wasn't supposed to be able to walk again, but she made it happen. I'll always be in debt to her.

When the world went to [crap]* and my crew and I came here, I had to find them. When I did, she told me about the King.

King is a pretty accurate description. He didn't just go for them. He went for everyone else first. He took their friends, people they worked with, people they knew. Innocent people. I thought I was upset when they moved, but after hearing what he did to them, I clearly dodged a bullet. A cannonball.

The part of the story that terrifies me, the part that still gives me chills like when Rachel got off the plane, is that both of them, Jack and Cindy, believe it started before they ever moved. The saw him before they left. He had his claws digging into them while I was still around. I could've been the one in the coma. I had just gotten out of the hospital too. When they told me that I was sweating like I was at a music festival. “Climbing buildings to get away from homicidal screamers” sweaty.

The point is that the King was there. He was there when they went to work and when they had dinner. He was there during their rough patch. He waited in their blind spots until they were happiest. What a [freaking jerk]*!

So you’re making dinner, a nice chicken Parmesan with heart healthy marinara. You have a side of Le Sueur peas, and broccoli for a choice. You made the sweet tea and have a plate for each member of the family. As you parcel out the servings to everyone, you are filled with an overwhelming sense of happiness. You even drop a few marinara-covered pieces of broccoli in little Fifi’s dog bowl. She’s been a good girl after all.

Then you feel it. Something inside you hardens to stone. You can feel him in your home, but you know you locked the doors before you started dinner. Maybe the kids let him in? It’s possible, but you know that’s not true. They were upstairs playing Madden, or Minecraft or whatever. No, it wasn’t them. The King doesn’t need to come in through the front door. He was already there. You can hear his footsteps growing louder.

And what do you do when the King sits down at the dinner table? Nothing. You pray he already has what he wants. Because if you are face to face with the King, it's already too late. He's been there for...weeks? Months? Longer? You can't run. You think he gets tired? No. Just because he is a king doesn't mean he's a person. He's not alive.

*- discover more about Mark Phillips, his "crew," and the screamers in Those Who Are Left, discover Jack and Cindy Simmons in their new story, The King of Evil. 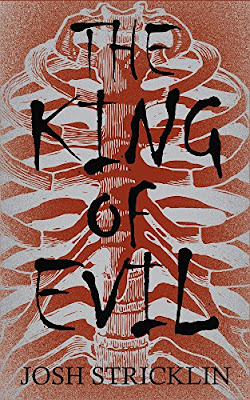 The King of Evil
by Josh Stricklin
Genre: Horror, Occult, Voodoo
Publisher: Silver Leaf Books
September 1
ISBN: 978-1609751753
Number of pages: 334
Word Count: 80,000
Cover Artist: Paul Tynes
After a horrific accident, graphic artist Jack Simmons and his wife, Cindy, have lost all sense of a normal life. With their marriage in pieces, their only hope in setting things back is by starting over. The two pack their lives in boxes and migrate to the Big Easy. Upon arrival, Jack and Cindy fall into the jobs of their dreams. The new start they were hoping for seemed to have been waiting for them in New Orleans, after all. But something followed them. Something Evil.

Jack is commissioned to create the artwork for a graphic novel about a voodoo king, The King of Evil. As Jack works diligently to create a masterpiece, drawing the images back and forth between paper and his computer, he starts seeing things. Images of his King appear in the corners of his vision. They spring up just as Jack falls asleep. Always only inches out of plain sight.

The King grows more powerful, and soon he unleashes his power on Jack, Cindy, and the people in their lives. The King slowly destroys everyone around them, showing the newly rekindled couple what it's like to be evil for evil's sake. Jack and Cindy will need help from the King's past victims to stop him.

The King of Evil is a heart-pounding, supernatural thriller. Its vibrant characters and intense action is certain to keep its audience reading well into the night.
Amazon Silver Lead Books

Prologue
In the 1940s there was a hospital on the back way out of town where the poor people had their children. It was far enough out of the way that the city was only a murmur, and the trees surrounding the building threatened to break in through the windows. The red brick building was small, and there were only a few rooms. At the edge of the tall grass where the trees stopped, a chipmunk stared in wonder at the marvelous brick structure built by man. She had spent a long day trudging through the swampy Louisiana woods, which was much harder now that she was carrying a litter. The faraway sky bruised with the arrival of an oncoming storm.

Bars guarded the glass, but the chipmunk had no problem watching the commotion inside. She didn’t see the brownish-orange, diamond-shaped head easing through the tall grass. She watched as the big people picked up the small people from tiny beds and walked out of view. Then a big person would return and lay the small one back in the bed. No one but the chipmunk seemed to notice when the black smoke rose from the center of the room. None of the people reacted whatsoever, because only the chipmunk saw the ashy gray person materialize in the center of the nursery. The head crept closer. The life inside the chipmunk’s belly stirred. They were hungry, too.

The gray person stood above the tiny bed with wide eyes fixed on the small person. He looked back and forth between the one in front of him and the one just to his right. Then he turned to the one on his right as if suddenly more intrigued with that one. The chipmunk had no idea what to make of this. She just wanted food, and there was the feint smell of something sweet coming from that building. The chipmunk stood on her hind legs. She stopped, tilting her head. The new person, the one no one else seemed to notice, lifted an arm above his head. The copperhead sprung forward, sinking its teeth and venom into her back. The arm descended. As life drained from the chipmunk, the ashy gray person vanished, and the other people in the building seemed to panic. 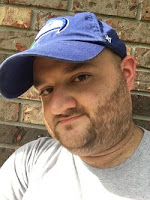 About the Author: website-twitter-Instagram
Josh Stricklin is an American author and musician with degrees in English literature and advertising from the University of Southern Mississippi. His first novel, Those Who Are Left, is available online and in person. The King of Evil is his first terrifying novel with Silver Leaf Books. He's currently hard at work finishing his first series…or more likely reading comic books and wearing a Seahawks jersey.


5 copies The King of Evil