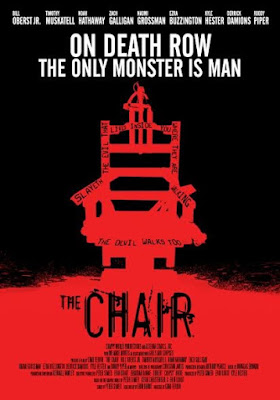 Cast: Roddy Piper (They Live),
Naomi Grossman (American Horror Story),
Zach Galligan (Gremlins),
Noah Hathaway (The NeverEnding Story),
Bill Oberst Jr. (The Retrieval),
Tim Muskatell (Deadgirl),
Ezra Buzzington (The Hills Have Eyes),
Susan Eisenberg (Justice League Unlimited),
Kin Shriner (Justice League Unlimited),
Joe "Animal" Laurinaitis (WWE Legend)
Website: http://thechairhorror.com
Twitter: http://twitter.com/thechairhorror
FB: http://facebook.com/thechairhorror
Based on the Alterna Comics graphic novel of the same name, THE CHAIR follows the story of Richard Sullivan, an innocent man struggling to escape execution on death row. Witnessing the savage killings of his fellow inmates at the hand of the prison's sadistic and psychotic Warden, Sullivan decides that the only way to survive is to fight back. But as he matches the brutality occurring in the prison, Sullivan is forced to come face to face with his sanity and his own horrifying past.

At the end of the post are links showings. 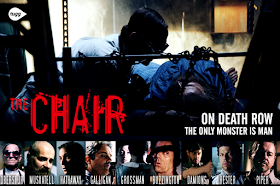 WTF did I just watch?! Well...what I watched through my fingers covering my eyes! There are all kinds of horror movie lovers out there. The Chair is not for the average horror fan. It is visually brutal and disturbing on so many levels. I wondered where I would draw the line when it came to horror films and this movie showed me. 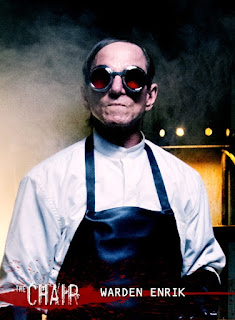 Now, all that aside, it is an interesting movie. There is the obligatory "mommy issue" that all psychopathic killers seem to have, but there is also a unique twist about Sullivan, the main character. Once you get past the horrific and bloody torturing scenes, there is a message about society's eye-for-an-eye view on how the monsters on death row deserve to die. And the fact that psychopaths can find sanctioned ways to carry out their perverted desires.

There were some things that didn't make sense and some scenes that felt like filler. The intro credits lasted for 5 minutes. I haven't read the graphic novel so I can't compare the movie to it, and there is no way I am watching it again to see if I was confused because I missed something. 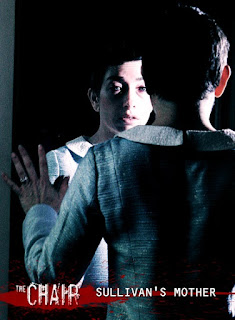 So, should you see this movie and how do I rate it? I'm not really sure. The Chair is definitely for a certain horror fan, which I am not, so I can't compare it to others of the same type. But based on story, acting, film editing and execution (ha! pun intended) there were some issues, but they had the right idea and you need to take into account this was a small independent film and can't be compared to a major studio production. The movie caused a visceral reaction in me and it is hard to scrub the images from my mind, which is what horror is about.

Not giving a rating because I don't have a reference point of this type of film for comparison, other than

"WTF did I just watch?!" Sheep

We've partnered with Tugg to provide this on-demand theatrical release with almost 30 cities showing one night special screenings in the month of October and into the rest of 2016 and 2017.  This will be the first Alterna film in theaters and is an important landmark for creator-owned comics at this level.

Tickets can only be ordered ONLY through:
https://www.tugg.com/titles/the-chair