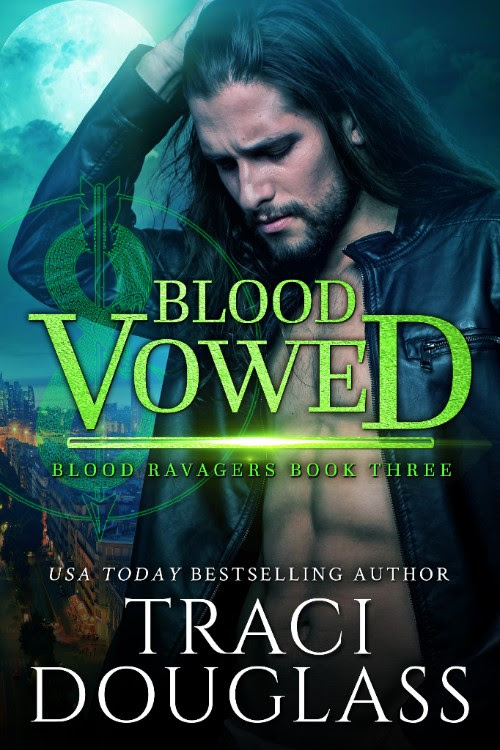 
April 13, 2017
Genre: Paranormal Romance
Publisher: Tule Publishing
Reverend “Rev” Walker, expected some backlash after he foiled The Council’s attempts to overthrow the Blood Ravager Biker Gang. What he hadn’t expected was to wake up in the last place he ever wanted to see again—a dank cell of The Council’s Siberian dungeon. Drained and chained, he faces certain death if he can’t escape from the hellish prison. Now, his only means of escape depends on him accepting help from a fellow prisoner, a woman whose very existence is a lie and the only one capable of awakening Rev’s long-dormant heart.

Claire Deveraux is Dygarian, a race of shadow-shifters who have been slandered and hunted to extinction by The Council. But Claire has used her years of enslavement well, reading her captors’ secret texts and hearing their whispered secrets. Now, after being locked up for a crime she didn’t commit, she plans to use her knowledge of the dungeon’s maze-like interior to gain her freedom, or die trying. Then a new prisoner arrives, a man Claire has dreamed of and knows in her heart is her destined mate, if only she can break through his walls.

On the run and threatened from all sides, will Rev and Claire learn to trust each other and their growing feelings for one another before it’s too late?

Excerpt from Blood Vowed:
Peering around Rev, Claire studied the new opponent. The thing was big and ugly and must’ve come running from the deepest crevices of the dungeons. It launched itself at Rev, saliva dripping from its huge sword-like fangs as if it wanted to gobble the vamp up for dinner.

This wasn’t her first run-in with the Council’s monsters who went bump in the night. There were others, many, many others that lurked in the shadows down here. In the past she’d always had a contingent of guards surrounding her when she’d come to clean, then later, she’d had the iron bars of her cage. Now, though, there was nothing between her and what looked like certain death. Nothing but a vamp she didn’t know and didn’t particularly trust, who was currently getting the thrashing of his immortal life from the looks of it.

The need for self-preservation swelling inside her, Claire mentally reviewed the texts she’d read about hand-to-hand combat while she searched for a weapon. At last, she settled on a sharp shard of wood from one of the vicious roots that had died and assumed a battle stance.

Time for a little payback.

As she crouched and prepared to strike, Rev dodged from one side of the narrow passage to the other, slicing the tip of his makeshift rock dagger across the beast’s throat…only to disappear. Vampires were notoriously fast and Rev even more so due to his training.

Still, the creature remained on its feet, healing quickly and growing angrier.

Rev reappeared in a flash and struck again and again, inflicting more damage each time. The creature tried to claw him, but Rev always seemed to duck at the perfect moment. Much as Claire hated to admit it, his masterful skill was impressive. He never seemed to make actual deadly contact with the monster or land a punch though. Why? She wasn’t sure, since the opportunities were there.

Then the idea occurred that perhaps the whispered rumors of the other prisoners were true. Perhaps he had left his killer ways behind and now searched for redemption by turning only against the people who had made him what he was. That would certainly make sense, given what he’d told her about why he was here, why he’d sacrificed himself and his freedom.

Claire clutched her wooden stake tighter. No. Even if that were true and he had changed his ways, it would not alter his fate. She had nothing to her name now, nothing but her integrity and her vengeance. She would use him to keep her safe until she could fend for herself and then she would end him as she’d promised.

The beast swiped a razor-sharp talon at Rev, nearly beheading him if not for his quick reflexes, and this time Claire jumped into the action. The assassin was hers to kill. No one else’s. “You have five seconds, creature,” she shouted. “I suggest you run. Fast.”

At the sound of her voice, the monster narrowed its black gaze, growling, “Mine.”

Rev dove through the air and gouged out one of the beast’s eyes. Yelps of pain echoed.

Retaliating, the creature slammed hard into Rev’s chest. Rev tumbled backward through the dark tunnel, disappearing into the shadows beyond.

Slowly, Claire turned back to face the beast that had just signed its death warrant. “Zero.”

Other Books in the Blood Ravagers Series 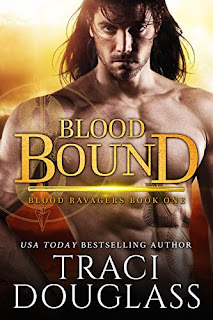 
Anna Frost had a bad feeling when her twin sister, Liz, told her she’d run off with a member of the notorious Otherworld biker gang, the Blood Ravagers. And her unease skyrockets when her sister subsequently vanishes. The police have no authority and little interest, so Anna decides to take matters into her own hands by infiltrating the group to discover for herself what happened to Liz, where she meets….


Dante, half demon, half human. A mix of two worlds, accepted by neither, he’s had no choice but to learn the hard way how to play whatever side of the fence kept him alive during his nearly 500 years of existence. Now, as second-in-command of the Blood Ravagers biker gang, his survival depends on keeping his humanity a secret. Dante’s ultimate goal is to fulfill the vows he made over two centuries ago to create a world where half-breeds can live in safety and equality.

But when sheltered schoolteacher Anna finds unexpected, white-hot passion in the arms of Dante, will her quest for the truth cost him more than he ever bargained for? Or will they find a way to save Liz – and their love – together? 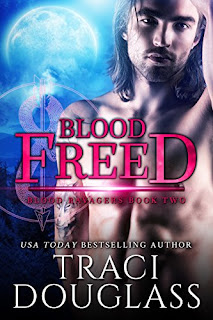 
Elizabeth “Liz” Frost has always been the wild one. But now, with a niece or nephew on the way and her promise to become half of the new psychic Oracle team for the Blood Ravagers Biker Gang, she’s ready to turn over a new leaf. And what better way to start than by answering the call when gang leader Dante needs help? Her mission: to travel cross-country to get the information the gang needs to complete the Oracle Binding Ceremony. Should be easy, right? Except for the incredibly tempting lone-wolf shifter named Dex who’ll be her riding partner and protector on the journey.


Dexter “Dex” MacCallahan is tasked with guarding Liz Frost, one of the gang’s beautiful and bewildering new psychics. Dex can’t refuse the mission, but there’s one small problem. The time of his Rut is approaching, a rare occurrence where male wolf-shifters must physically bond with their chosen mate or face certain insanity and death. It could cost him not only the new life he’s built, but also his battered, scarred heart.

Together, Dex and Liz must search for the information they need before his old nemesis and a rival gang annihilates all they hold dear. But when the simmering chemistry between them boils over into searing hot passion, will they risk losing their hearts to save the ones they love?
Amazon | Barnes & Noble | Kobo | iBooks

About the Author:
Website-FB-Twitter
Pinterest-Google Plus-Book Bub
Instagram
Traci is a USA Today Bestselling Author of Contemporary and Paranormal Romance. Her stories feature sizzling heroes full of dark humor, quick wits and major attitudes and heroines who are smart, tenacious, and always give as good as they get. She holds an MFA in Writing Popular Fiction from Seton Hill University and she loves animals, chocolate, coffee, hot British actors, and sarcasm—not necessarily in that order.

GIVEAWAY
Kindle to one lucky winner and 2 runners-up will receive a signed copy of Blood Bound (or monetary equivalent if international).