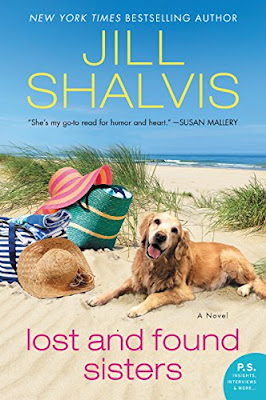 They say life can change in an instant…

After losing her sister in a devastating car accident, chef Quinn Weller is finally getting her life back on track. She appears to have it all: a loving family, a dream job in one of L.A.'s hottest eateries, and a gorgeous boyfriend dying to slip an engagement ring on her finger. So why does she feel so empty, like she's looking for a missing piece she can't find?

The answer comes when a lawyer tracks down Quinn and reveals a bombshell secret and a mysterious inheritance that only she can claim. This shocking revelation washes over Quinn like a tidal wave. Her whole life has been a lie.

On impulse, Quinn gives up her job, home, and boyfriend. She heads up the coast to the small hometown of Wildstone, California, which is just a few hours north, but feels worlds apart from Los Angeles. Though she doesn't quite fit in right away, she can't help but be drawn to the town’s simple pleasures…and the handsome, dark-haired stranger who offers friendship with no questions asked.

As Quinn settles into Wildstone, she discovers there's another surprise in store for her. The inheritance isn't a house or money, but rather something earthshattering, something that will make her question everything she thought she knew about herself, about her family. Now with a world of possibilities opening up to Quinn, she must decide if this new life is the one she was always meant to have—and the one that could finally give her the fulfillment she's searched so long for.

Lost and Found Sisters is the first in a new series and it doesn’t hesitate to hit you in the feels right away. The story is about chef Quinn Weller and it starts just a couple of years after she’s lost her sister in a car accident. Quinn is still devastated and since then has just been existing and not really living. Then a lawyer shows up and drops one heck of a bombshell on her lap, leading her to question whether everything in her life has been a lie. She quickly gives up her job, home, and boyfriend and leaves L.A. for Wildstone, California to find answers. In a town that small she doesn’t exactly fit in but she’s still drawn to their simple way of life and to the stranger who offers her the kind of friendship she desperately needs at that moment. Of course, Quinn’s life isn’t done kicking her around because she also finds out she’s inherited not a house or money but something else that will make her wonder if she could find the happiness in Wildstone that she never found in L.A.

Only Jill Shalvis could make me laugh with the beginning of every chapter and if you pick up a copy of Lost and Found Sisters or any of her books for that matter, you’ll know what I mean. From start to finish, this book kept me engrossed, entertained, and completely involved in Quinn’s journey. Whether you’ve gone through what Quinn did or not, she’s still a character that you can relate to. She’s not quite sure what she’s doing in her life because she’s not unhappy but she’s not happy either. I loved how natural her reactions to her situation were. She did what any normal adult would have done if they found out that where they thought they came from was a lie. Quinn had a steady sense of humor that I could totally get on board with but at the same time she was steady, and dependable even when she was having a freak out moment.

Since Lost and Found Sisters is less of a romance and more of a women’s fiction novel, there’s a lot of self discovery going on with Quinn and while that takes up most of the novel, it wasn’t without its super funny moments (Especially when Quinn first gets to Wildstone and checks into a less than stellar hotel), and also its steamy moments when she meets Mick Hennessey, a local who ran from Wildstone as soon as he was old enough but has come back to help his widowed mother for a time. Mick provided not just the heat factor that Quinn was missing from her life, but a genuine friendship and shoulder to lean on. He was easily likable and yes, easy to fall for. I liked his steady but dependable nature and his quick sense of humor. He didn’t push Quinn, he didn’t demand, he just listened. No matter how temporary they agreed the relationship was, Mick was still willing to help Quinn. I loved that about him and I loved them together. Did I mention Mick had a dog? It’s like candy to me when a man has a dog he loves.

No matter how small and sometimes backward Wildstone was, its residents were eclectic and charming. They were warm, genuine, and provided a lot of reality checks for Quinn and tons of laughs for me. They’re the type of characters you wish you could bring to life so that they could add their special brand of magic and love to your life.

Overall, Lost and Found Sisters is a wonderfully heartwarming book about a woman who has her life turned upside down and broken and she has to not only put herself together again but figure out where the new pieces of her life are going to fit. Jill Shalvis’ touching story about devastation, changes, and the strength to make a new life out of the ashes of the old one shouldn’t be missed. I loved it and it will definitely be one of my go-to books when I want some cheering up or a good old laugh. 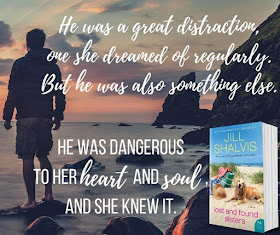 “Are you feeling something?”

She licked her lips and he nearly groaned. “I think so,” she whispered.

“Are you going to kiss me?”

He cupped her face, let his thumbs trace her jawbone, his fingers sinking into her silky waves. “No,” he said quietly. “And not because I don’t want to, but because when I do, I want to know you’re ready. That you’ll feel it.”

She sighed. “Guys do whatever they want all the time, no emotions necessary. I want that skill.” Another shaky breath escaped her, and since they were literally an inch apart, they shared air for a single heartbeat during which neither of them moved.

Her gaze dropped to his mouth. “Okay, so I’m definitely feeling things.” She hesitated and then her hands came up to his chest. “Maybe we should test it out to be sure.”

God, she was the sweetest temptation he’d ever met, and he wanted nothing more than to cover her mouth with his. Instead, he brushed his mouth to her cheek.

“Please, Mick,” she whispered, her exhale warming his throat.

He loved the “please,” and he wanted to do just that more than anything. But when she tried to turn her head into his, to line up their mouths, he gently tightened his grip, dragging his mouth along her smooth skin instead, making his way to her ear.

“Not yet,” he whispered, letting his lips brush over her earlobe and the sensitive skin beneath it.

She moaned and clutched him. “Why not?”

It took every ounce of control he had to lift his head and meet her gaze. “Because I want to make sure you’re really with me, that you’re feeling everything I’m feeling. That there’ll be no doubt, no regrets.”

“You sure have a lot of requirements.”

He laughed. And she was right, it was all big talk for a guy who didn’t do relationships anymore. Still, he forced himself to step back and shut the passenger door.

As he rounded the hood to the driver’s side, he tried to remind himself of all the reasons she was a bad idea. He lived two hundred miles away and he was hoping to move his mom up by him and never come back here. Not to mention that Quinn lived an equal two hundred miles in the opposite direction and she was in a deeply vulnerable place. No way would he even think about taking advantage of that.

But when he slid behind the wheel and their eyes locked, he realized that while his mind could stand firm, the rest of his body wasn’t on board with the in-control program. 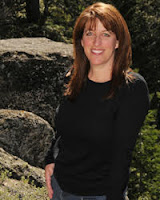 Newsletter SignUp
New York Times and USA Today bestselling author Jill Shalvis lives in a small town in the Sierras full of quirky characters. Any resemblance to the quirky characters in her books is, um, mostly coincidental. Look for Jill’s sexy contemporary and award-winning books wherever romances are sold and click on the blog button above for a complete book list and daily blog detailing her city-girl-living-in-the-mountains adventures.