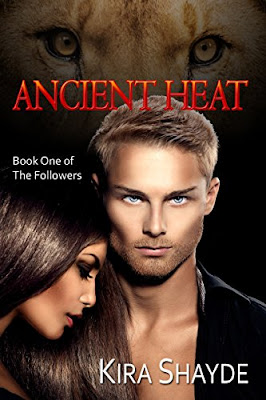 Her mind is in another woman’s body…and the other woman is a werelion.

Nicole Abramson gains more than razor-sharp claws and a taste for raw meat. With a latent telekinetic talent, she’s a weapon to be used in a millennia-long war, but will she serve or resist? Fighting for her life, Nicole rails against the thief who stole her ordinary and safe life, even as she seeks comfort from the woman’s intended mate, the gorgeous Sander Evans.

Although drawn to her outspokenness, Sander keeps Nicole at bay while he defends his clan. Werelions and humans don’t mix, yet he can’t deny the passion igniting between them, particularly with her body in heat. But as the danger around them amplifies, they’ll need more than courage and strength to fight for their newfound attraction—and their lives.
Amazon iBooks Kobo Google Books BN
Excerpt 2
Sander eyed the irate woman standing before him. From the moment she arrived, she’d baffled and frustrated him. Gone was his reserved and polished intended. In her place stood a creature who screamed, pouted, grimaced, slapped his sister, and nearly destroyed his brother-in-law’s procreativity. She was brash and out of control. An evolutionary step backward.

He’d never been close to a human. His kind blended in with their kind, worked alongside them, but remained insular. Safe. Hidden. Occasionally studying them from afar. Never interacting beyond a polite nod or greeting.

Why would Marseille switch with a human? To punish him? Humiliate him?

He’d find out why and promise to be more attentive. He had no intention of meeting new potentials. He’d chosen her. Marseille Renaud.

She was strong and graceful. And useful.

He clenched his jaw. Damn it, his intended wasn’t a mere tool. She deserved more respect than that. More than a vision of beauty, Marsi saved their hides during the last Follower attack. His clan needed her. Although her talent wasn’t the reason he chose Marseille, he’d be a fool to let her go now.

Was his sister right? Was the switch a mere ploy, a demand for more control?

“Let’s go, everyone,” he said, forcing the what-ifs from his mind. “I want to get to Nicole’s home by this afternoon.”

The woman in question stared at him. “Exactly where are we?”

That seemed to relax her somewhat. He guided her to the foyer where they nearly collided with his brother, who’d raced down the stairs with a backpack slung over his shoulder.

“Gotta bring my books along so I can study on the ride.” Tyran tore into the hallway ahead of them.

“Medical student.” Sander ushered Nicole into the utility room and opened the door to the garage. “Makes sense since he’s one of the healers for our clan.”

“Uh-huh.” She jerked to the side as Calia sashayed past on her way out of the house. “Is a clan like a pride?”

“No, a related group of families. Because our numbers are few, matings are arranged between clans. Once I met Marseille, I didn’t bother with meeting any remaining potentials.”

And now Marseille was gone. Except she wasn’t. She watched him with big dark eyes, her luscious mouth slightly puckered in contemplation. Devastating even in the shapeless sweater the human woman had selected to wear, something obviously dragged from the back of the closet. He’d never seen it before.

She tilted her head, and her long black hair draped over her shoulder. Hair he loved to twist in his hands as she lay beneath him.

“So what’s your talent?” she asked.

“What?” He shook off the sensual vision. “Um, my physical strength and power.”

“I’m the most feline of us,” Calia boasted, her hand on the door of a dark sedan. “Exceptional jumper and climber, and I always land on my feet.”

Sander leaned in close to Nicole. “Within reason. I wouldn’t throw her out a ten-story window, although sometimes I’d like to.”

His sister glared. “I heard that.” 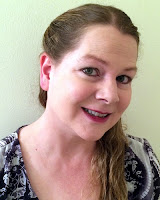 About the Author:
website-FB-twitter
goodreads-Instagram
As a paranormal romance writer, Kira Shayde explores somewhat atypical pairings and settings and can’t help adding a twinge of societal awareness to her works, but the focus is always on the developing romance, passion, and happy endings.

Kira enjoys studying love, sex, and relationships, and has a thing for shapeshifters, demons, mythological gods, and the fae. On a personal level, she is devoted to animal and ecological conservation…and devil's food cake.