The first time I saw my book on a shelf in a bookstore it wasn’t in person. Instead, there it was, blurred by cell phone camera inefficiency, taken by one of my Twitter followers in Minnesota. There was something very peculiar about this. 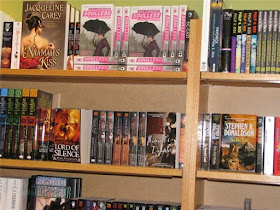 It was a week before Soulless was supposed to be released, so both she and I were taken entirely unawares and understandably confused by its presence. It turns out, bookstores can do that with certain books: shelve ’em when they get ’em. No gag order ~ as it were.

Mine was one of those books.

A small but enthusiastic following had been anticipating Soulless, and they were gratifyingly a-buzz to find it arriving early. Suddenly, the spies-I-didn’t-know-I-had went to work and began reporting in from around the country.

(Oh, wait, different headline.)
And then, finally, a dear friend snapped a shot if it in my home state of California. 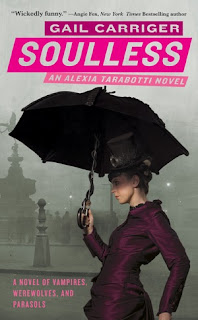 A day or so later, I was out shopping with a couple of girlfriends, as you do. We were consuming those Vietnamese beverages with the black tapioca in them, affectionately referred to by me as “Drinks with Stuff!” (Exclamation point absolutely necessary.) This process, three shopping females plus drinkies, involves much chittering and slurping and sideways perambulations.

And so we do. And there it was! The chittering and the slurping became more enthusiastic as a result, which attracted the attention of one of the green t-shirted staff.

And so she disappears and returns with a whole stack for me to sign, right there: Drink with Stuff! in one hand, cheap pen in the other.

As we leave the store one of my friends keeps saying. “I can’t believe they didn’t ask you for an ID or anything.”

“Oh, of course,” says I, “because there’s a mad plague of crooks masquerading as small-time authors dashing into unsuspecting stores and demanding to sign books they haven’t written.”

“Well, fine. But it’d be pretty funny if there were.”

And with that, I leave you to ponder what is obviously an untapped criminal market. 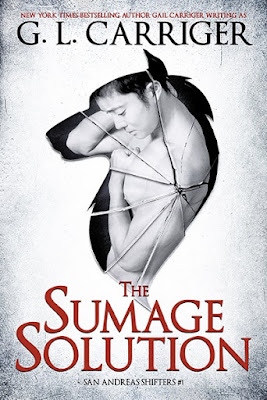 The Sumage Solution: San Andreas Shifters #1
by G. L. Carriger
July 18, 2017
315 pages
Can a gentle werewolf heal the heart of a smart-mouthed mage?

NYT bestseller Gail Carriger, writing as G. L. Carriger, presents an offbeat gay romance in which a sexy werewolf with a white knight complex meets a bad boy mage with an attitude problem. Sparks (and other things) fly.

Max fails everything – magic, relationships, life. So he works for DURPS (the DMV for supernatural creatures) as a sumage, cleaning up other mages’ messes. The job sucks and he’s in no mood to cope with redneck biker werewolves. Unfortunately, there’s something oddly appealing about the huge, muscled Beta visiting his office for processing.

Bryan AKA Biff (yeah, he knows) is gay but he’s not out. There’s a good chance Max might be reason enough to leave the closet, if he can only get the man to go on a date. Everyone knows werewolves hate mages, but Bryan is determined to prove everyone wrong, even the mage in question.
amazon-all other buy links 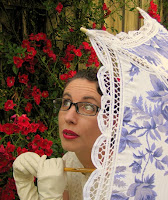 About the Author:
website-FB-twitter
Instagram-tumblr
Gail Carriger is the author of over a dozen New York Times Bestsellers, her latest is The Sumage Solution written under the pen name G. L. Carriger. Almost 20 books later and she still gets excited every time she sees her book in a bookstore or library, and she still loves Drinks with Stuff!