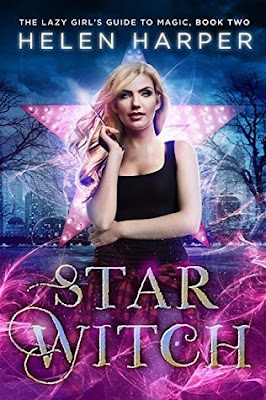 Ivy Wilde, the laziest witch in the West, is still entangled with the Hallowed Order of Magical Enlightenment. That's not a bad thing, however, because it gives her plenty of excuses to spend more time with sapphire eyed Raphael Winter, her supposed nemesis. And when he comes knocking because he needs her to spy on the latest series of Enchantment, she jumps at the chance. Hanging around a film set can't be hard ... or dangerous ... right?

The Lazy Girl’s Guide to Magic is the story of Ivy Wilde, slacker witch extraordinaire. It’s the latest series by fantasy writer Helen Harper, and so far, Harper has another winning series. The series is slated to be a trilogy. I reviewed book one, Slouch Witch, last month and the final series installment, Spirit Witch, is set for release later this summer.

In book two Ivy is still driving a cab and eluding – quite deliberately – greatness. Despite her stellar work with the Hallowed Order of Magical Enlightenment (The Order), Ivy remains content to stay out of the politics and prestige of the magical organization. But, when Raphael Winter, Ivy’s former partner/would-be lover, requests her assistance, Ivy simply cannot refuse. Her current assignment is an undercover arrangement on her favourite reality television show “Enchantment,” a Survivor-type challenge show where fledging witches compete for top spot.

Star Witch is part romantic comedy, part urban fantasy, part whodunit, part social satire. I adore Ivy as the consummate lazy girl, however, as the story develops, she’s realizing that laziness isn’t nearly as rewarding as being all in. I’m sure I’m starting to sound like a broken record at this point, but I adore Helen Harper’s charming heroines and action-packed story lines. While I wouldn’t exactly classify the book’s ending a cliff-hanger, we aren’t given the satisfying closure I typically prefer. This series is building to a highly rewarding finale. I can’t wait. 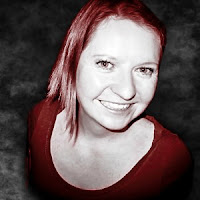 About the Author:
website-FB-twitter
After teaching English literature in the UK, Japan and Malaysia, Helen Harper left behind the world of education following the worldwide success of her Blood Destiny series of books. She is a professional member of the Alliance of Independent Authors and writes full time although she still fits in creative writing workshops with schools along with volunteering to teach reading to a group of young Myanmar refugees. That’s not to mention the procession of stray cats which seem to find their way to her door!

Helen has always been a book lover, devouring science fiction and fantasy tales when she was a child growing up in Scotland.

Helen currently lives in Kuala Lumpur, Malaysia with far too many cats – not to mention the dragons, fairies, demons, wizards and vampires that seem to keep appearing from nowhere!
Sharon Stogner at 12:30 AM
Share