Author and Filmmaker Stephen Zimmer: A Little Advice For Filming On Location 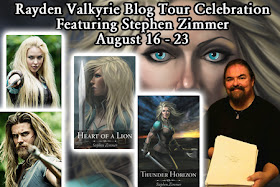 A Little Advice For Filming On Location
Be sure to check out the teaser trailer for Rayden Valkyrie: Saga of a Lionheart below...


Filming on location, on any budget level, involves a lot of challenges, ranging from unpredictable weather to unexpected things manifesting on the location itself, such as loud vehicles running nearby while trying to capture dialogue in a scene. Some things simply cannot be planned for, but preparation is key to having a successful production.

While not glamorous, there are some key things to keep in mind no matter what kind of project you are doing.

First and foremost is insurance. A stunt can go wrong and injuries can occur. Equipment can break or become lost. If you do not have insurance, costs can escalate quickly, which can become devastating for a smaller level production. Many companies offer insurance for small, independent productions, such as Film Emporium, which is the company we worked with for Rayden Valkyrie: Saga of a Lionheart. 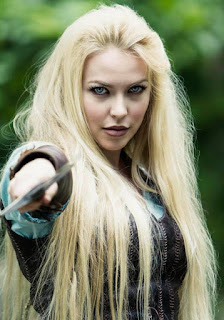 You want to be sure your insurance covers general liability, which you must have if you are dealing with most any public entity at the city, state, or federal level. It is not highly expensive if you are not doing a lot of dangerous stunts or working with explosions, and having it can get you access to some tremendous locations, such as a few very prime ones that we had in our production.

You also want to be sure you are covered for equipment loss and damage, and also vehicles rented by the production. A top-level camera and lens set can be rented for a fraction of what it would cost to buy, but you don't want to find yourself having to pay for a new camera or lenses if an accident occurs on set that results in damage.

With insurance protection in place, you want to make sure your cast and crew's needs are covered on set. This ranges from food to restroom facilities. 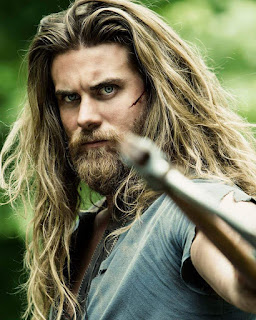 Both craft services and a solid meal schedule are essential to keeping a cast and crew in better spirits. Craft services cover having an array of snacks and energy foods available, as well as things like water, vitamin water, or coffee (in the morning). A place is set aside for craft services to be accessible at all times by both cast and crew.

As far as meals go, you don't want to be feeding your crew the same thing over and over again. Pizza every day can bring a downturn in morale very fast, and it is important to make sure cast and crew are able to get good meals on set daily. We had a great set caterer on Rayden Valkyrie: Saga of a Lionheart, who had a kitchen trailer for preparing meals on site. It was well worth the investment, and it demonstrated that we did care about those who worked with us on this project. If you cannot find a good set caterer, go the extra mile to be sure meals are varied, even if it means working with multiple restaurants.

Bathroom facilities are essential. If you are on a more remote location, rent porta potties and hand washing stations. You'll be surprised at how affordable they are, and it will save a lot of hassle from having to run cast and crew back and forth to someplace else by car to answer calls of nature.

On a more remote or wilderness location, keep in mind that equipment can be heavy to carry, and awkward over uneven terrain. Try to mitigate this as best as possible by making sure vehicles can draw very near to shooting sites, and if they cannot try to get ATV's to use. We made use of a Viking ATV during production that had room for six passengers and a bed that could hold up to 1,700 pounds of gear. Needless to say, it was a savior over and over again in getting gear, crew, and cast to shooting sites we identified. The cast and crew will appreciate it more than you know, and good morale is invaluable to getting through the trials of any film/tv production. 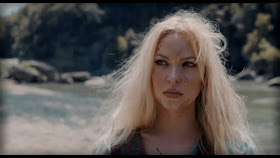 Weather cannot be predicted, so planning for disruptions is vital to covering the needs of a production. We had a tight schedule, but we built lighter days into the schedule, and had a couple of open days at the end, providing us with flexibility if inclement weather struck us. Fortunately, we had just one day cut short by a rainstorm, but the flexibility in our schedule allowed for us to catch up quickly. Make sure cast and crew availability is covered for those open days, if they are needed!

Also in regard to scheduling, don't run your cast and crew into the ground. Our days were mostly in the range of 10-12 hours, and there were no 18 hour days of the kind that you hear a lot of indie productions engaged in. We balanced more demanding days on the schedule with less demanding ones, so that the cast and crew were never going back to back to back with a more demanding shoot. We received many remarks of appreciation about this from the most experienced members of our crew, and our approach demonstrated that we had their well-being in mind. 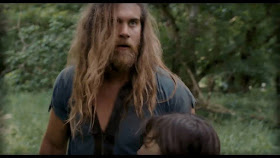 An indie film/tv production on location is always going to have its twists, turns and surprises, but keeping a few key things in mind will go a long way to maintaining the kind of morale you will need among your cast and crew to bring a project in on schedule and budget. 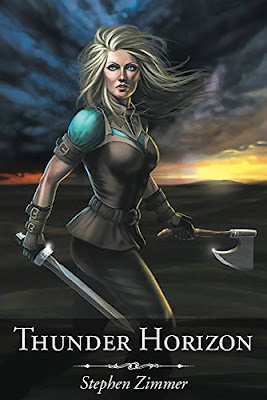 Thunder Horizon (Dark Sun Dawn Book 2)
by Stephen Zimmer
May 23, 2017
238 pages
Seventh Star Press; 1 edition
A deadly menace stalks the shadows of the lands to the north, stirring the winds of war. Farther south, the power of the Teveren Empire spreads with every passing day, empowered by dark sorcery. Formidable legions bent on conquest are on the march, slavery and subjugation following in their wake. Within the rising maelstrom, Rayden Valkyrie has returned to the Gessa, to stand with the tribe that once took her into their care as a child. No amount of jewels or coin can sway her, nor can the great power of her adversaries intimidate her. With a sword blade in her right hand and axe in her left, Rayden confronts foes both supernatural and of flesh and blood. Horrific revelations and tremendous risks loom; some that will see Rayden's survival in the gravest of peril. Even if Rayden and the Gessa survive the trials plaguing their lands, the thunder of an even darker storm booms across the far horizon. Thunder Horizon is the second book in the Dark Sun Dawn Trilogy.
Kindle Version-Print Version-B&N 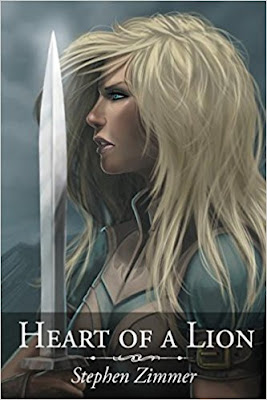 Heart of a Lion (Dark Sun Dawn book 1)
by Stephen Zimmer
January 21, 2015
Rayden Valkyrie. She walks alone, serving no king, emperor, or master. Forged in the fires of tragedy, she has no place she truly calls home.A deadly warrior wielding both blade and axe, Rayden is the bane of the wicked and corrupt. To many others, she is the most loyal and dedicated of friends, an ally who is unyielding in the most dangerous of circumstances. The people of the far southern lands she has just aided claim that she has the heart of a lion. For Rayden, a long journey to the lands of the far northern tribes who adopted her as a child beckons, with an ocean lying in between. Her path will lead her once more into the center of a maelstrom, one involving a rising empire that is said to be making use of the darkest kinds of sorcery to grow its power. Making new friends and discoveries amid tremendous peril, Rayden makes her way to the north. Monstrous beasts, supernatural powers, and the bloody specter of war have been a part of her world for a long time and this journey will be no different. Rayden chooses the battles that she will fight, whether she takes up the cause of one individual or an entire people. Both friends and enemies alike will swiftly learn that the people of the far southern lands spoke truly. Rayden Valkyrie has the heart of a lion. Heart of a Lion is Book One of the Dark Sun Dawn Trilogy.
Kindle Version-Print Version-B&N 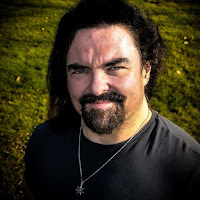 About the author:
website-FB-twitter
Instagram
Stephen Zimmer is an award-winning author and filmmaker based out of Lexington Kentucky. His works include the Rayden Valkyrie novels (Sword and Sorcery), the Rising Dawn Saga (Cross Genre), the Fires in Eden Series (Epic Fantasy), the Hellscapes short story collections (Horror), the Chronicles of Ave short story collections (Fantasy), and the Harvey and Solomon Tales (Steampunk). Stephen’s visual work includes the feature film Shadows Light, shorts films such as The Sirens and Swordbearer, and the forthcoming Rayden Valkyrie: Saga of a Lionheart TV Pilot. Stephen is a proud Kentucky Colonel who also enjoys the realms of music, martial arts, good bourbons, and spending time with family.