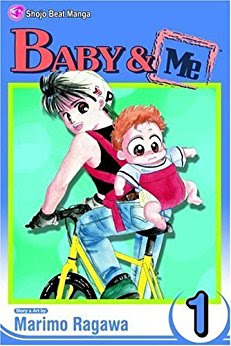 
by Marimo Ragawa (Author, Illustrator)
September 24, 2013
Genre: Slice of life
Original run: 1991 – 1997
Volumes 18
208 pages
Publisher: VIZ Media: Shojo Beat; 1st edition
Young Takuya has it tough. After his mother passed away it has been his job to take care of his baby brother, Minoru while their father, Harumi, works the long hours of a Japanese salaryman.

Takuya must sacrifice the playtime usually associated with childhood for the responsibilities of an adult. Cooking, cleaning, sewing and scolding are all now an integral part of the young boy's life.

"All work and no play" has Takuya incredibly frustrated and resentful of his little brother. Will Takuya find it in his heart to love the brother who is causing him so much grief?!

So we’ve done a little shojo, a little shonen, but hopefully, you’ve seen that the gender breakdown really isn’t all that relevant, as long as you like the story you’re reading. This post’s review is going to be a series that is technically shojo but features a boy character. It’s kind of a slice of life deal, and so freakin’ cute you won’t be able to stand yourself. But you should read it anyway. 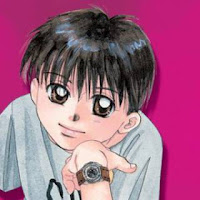 Baby & Me is a series that I’ve read a few times because it never fails to distract me from the bitter dark void of life and inject some hope and laughter and warm fuzzies. The basic plot is that Takuya’s mother has died, so he has to help pick up the workload of raising his infant brother, Minoru, to help out his working father. You wouldn’t think that you could go 18 volumes with this synopsis, but trust me, it’s a lot of fun. I will admit that Minoru can be a little obnoxious at first, but it kind of fits with how Takuya is adapting to his new role. This is also a really good series to get your mind around the cultural differences. There’s a lot involving the kids at different Japanese schools, a lot featuring stuff in their home vs Takuya’s friends’ apartments, the father’s work environment, schedule differences, holidays, just all sorts of stuff. This is honestly a perfect introductory series because you don’t actually have to read the whole thing, and if push came to shove, you don’t really have to go in order, except for maybe the last four or five volumes (and I’m playing it safe there).

There is a little bit of weird flashbacking to the relationship of Takuya’s parents at the end of the series, but that is kind of a thing in relationship series, so it mostly works although it is out of nowhere. Thankfully it’s kept to one volume if memory serves. There are also a few dream sequences in some parts and some meanderings, but as an episodic series, those quirks don’t really hinder things. It probably could have been shorter, but when I read it I’m going to it specifically for the fuzzies and silliness and quirks, so I’m always thankful it’s as long as it is. For the most part, the big story takeaway is watching Takuya mature, and even Minoru grow. I always forget until I reread it that even though he doesn’t age /that/ much within the series, Minoru goes through a pretty decent progression. The ending is the other one that has made me cry out of nowhere, simply because you do get so attached to the characters as you read through it, that the last panels really do feel like you’re saying good-bye on any given day. 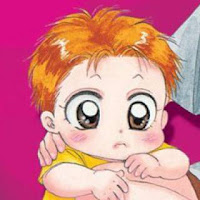 There’s a lot of comedy in this one, a lot of sight gags, a lot of chibi figures and distorted proportions for comedy (you’ll get the idea as you read, I swear). It’s not going to be everyone’s cup of tea, but you do grow to feel for all that Takuya’s shouldered with, and really come to appreciate the situation through the different eyes of those around him. The author is also really great about showing the situations of his friends and neighbors, too, so there are some nice subplot deviations that you just couldn’t get away with in a different style of writing – maybe short stories, but I don’t think that’d be as fun and accessible. 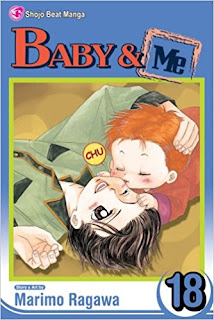 This is probably one of the closest things to an all age manga I’ve found. It’s cute, it’s fun. I find slice of life stuff like this really relaxing at the end of a long day or to relax on the weekend or something. This would be great to kick back with after finals or a big test or work project or just if you’re going through a rough patch. There’s no pressure with a title like this, plus if you’re not at the child-rearing stage or don’t plan on it, you can get your feels and live vicariously without any of the stress. What it does it does really well and is accessible for a lot of types of readers. The probable deal breaker would likely be Minoru at the beginning of the series, and some of the behavior of his friend group. They definitely act like kids, and you will definitely at times share the frustration of the older siblings.

About the Author:
website-FB-twitter
Selah Janel is a writer who is trying to start doing that again instead of reading manga all the time.
Sharon Stogner at 6:27 AM
Share